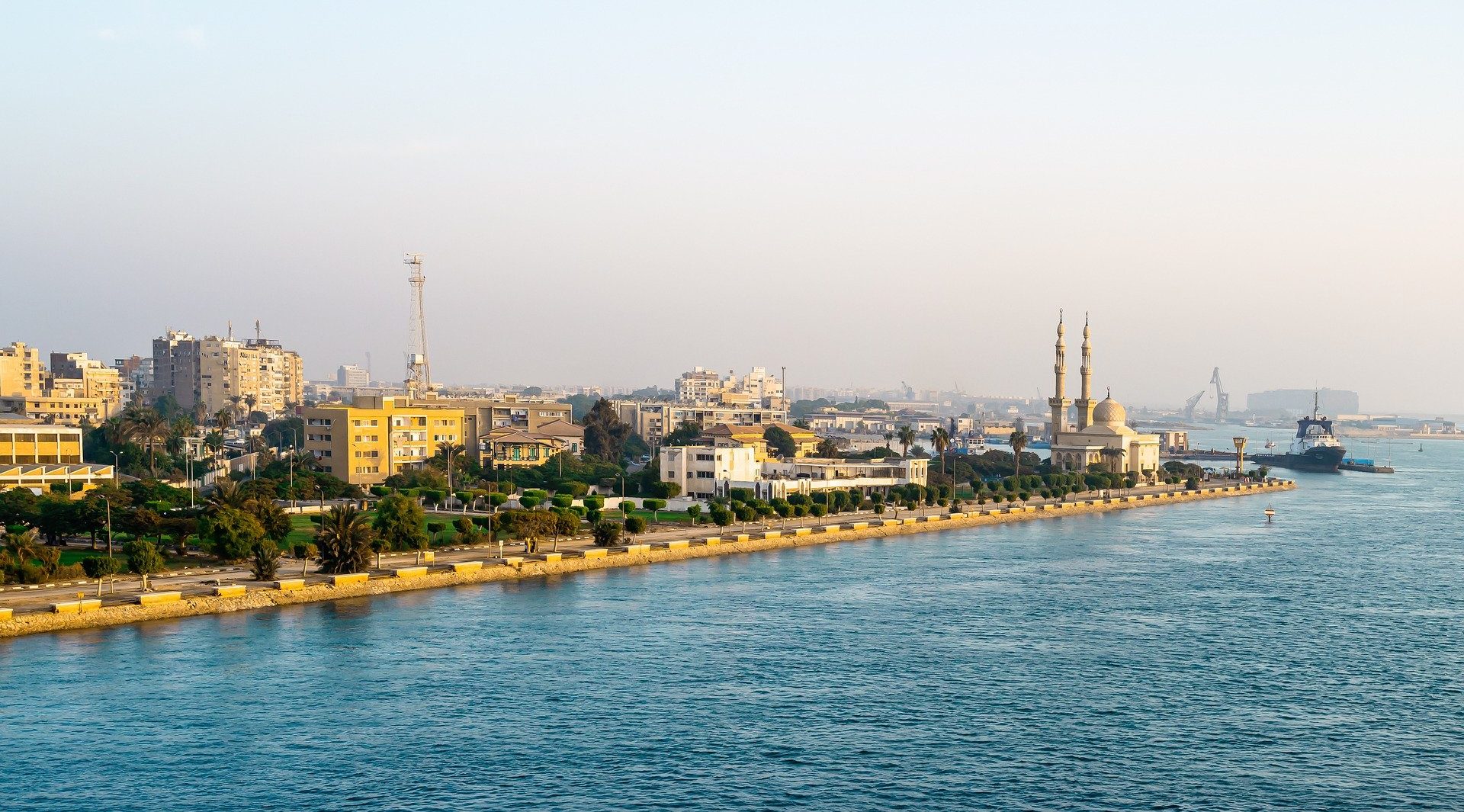 With five of the world’s 10 fastest-growing economies located in Africa, the continent is witnessing an unprecedented economic boom. To sustain it, governments have to quickly implement strategies and policies favorable to potential and existing foreign investors.

The Suez Canal Special Economic Zone (SCZone) is Egypt’s most ambitious attempt to date to compete with 236 other SEZs in Africa, according to a 2019 report by the United Nations Conference on Trade and Development (UNCTAD). However, despite being in the works since 2015, the SCZone is still years away from completing phase one. “We have a nearly completed master plan of the project,” Yehia Zaki, chairman of the SCZone, told AmCham Egypt in January.

Worryingly, the UNCTAD report conducted a global survey that ranked competition from neighboring countries —  47 percent of respondents —  as the top threat to the success of SEZs.

An SEZ is commonly defined as a geographically limited area with its own infrastructure, incentives and more favorable legislation than the rest of the country. “SEZs are often used as a proving ground for reforms that can then be spread to the broader economy,” according to the  Policy Center for the New South, a Moroccan think tank, in June.

There are three basic types of SEZs. The first is free-trade zones, which are most common in the MENA region. Most prominent is Jebel Ali in the U.A.E. that focuses on trans-shipment and re-export of goods. The second type is export-processing zones (EPZs), such as the Qualifying Industrial Zones (QIZs) in Egypt and Jordan. Exports are exempt from customs at the destination market if they meet specific criteria. The third type is an SEZ with a variety of industrial sites, residential areas, services and ports. The most prominent in the Middle East and Africa are the SCZone and TangierMed in Morocco.

Other types of SEZs are hybrids, but with a competitive edge. For example, there are green SEZs, urban zones, single-factory export processing zones, sustainable SEZs and public-private partnership zones.

According to the UNCTAD report, Egypt has 10 SEZs, ranking third in Africa behind Kenya (61 SEZs) and Nigeria (38 zones). Cameroon is a close fourth with nine. The majority attract labor-intensive, low-skill manufacturing with high potential for export, such as textiles and garments. Some are linked to surrounding natural resources, such as the Golden Triangle in Egypt that targets mining investments.

The most common types of Egyptian SEZs are industrial zones. Some are free zones, while others are private with only one company. Businesses in those zones are legally outside Egypt and don’t pay taxes or customs, and exports are processed faster than those outside the areas. The government categorizes goods produced in SEZs as imports, subject to standard customs and duty fees if sold in Egypt.

The SCZone is the largest and most ambitious SEZ in Egypt. It extends from Arish city in the northeast to the New Administrative Capital, Damietta Logistics Port, and 10th of Ramadan City to the west, and south to the Golden Triangle SEZ. “In that area, there are four promising investment zones totaling 460 square kilometers,” said Zaki. That area includes four industrial zones, several ports on the Red Sea, Mediterranean Sea and Suez Canal, and one dry port in 10th of Ramadan City.

The SCZone focuses on investment in ports and logistics, maritime services, manufacturing, information technology and green power. “Secondary sectors include government services, agriculture, mining and tourism,” said Zaki. “The aim is to create 1 million jobs by 2030 in the SCZone and 2.5 million more by 2050.”

Priority industries include automotive, construction, electronics and home appliances, agribusiness and packaged foods, textiles, pharmaceuticals and logistics, according to Zaki. 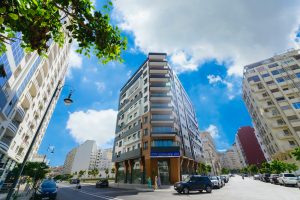 Manufacturing is vital for Morocco’s GDP, accounting for more than 25 percent of the national economy, according to Oxford Business Group (OBG) profile of the country in 2019. To promote that vital sector internationally, Morocco developed “industrial ecosystems around clusters that align, establishing increasingly lean and efficient manufacturing value chains,” noted the OBG report. “This is reflected in the effort to develop [SEZs] and industrial areas with sectoral focus, from automotive to pharmaceutical.”

A case in point is the Tangier Automotive City, a specialized free zone with direct access to Tangier’s main seaport.
The original plan was for manufacturing to account for 23 percent of GDP by 2020; Morocco reached that benchmark in 2017. According to a PwC report, the new target is for the sector to supply 30 percent of GDP by 2022.

A big part of that success can be attributed to incentives. Companies in SEZs are exempt from taxes on dividends and pay no corporate tax for the first five years, then an 8.75 percent rate for the next 20 years. The national corporate tax rate is 31 percent. Additionally, SEZ companies are exempt from license and municipal taxes for 15 years, as well as registration taxes and stamp duties permanently. And repatriated earnings are exempt from VAT and other taxes.

Another reason for the success of SEZs in Morocco is direct access to seven Economic Private Zones (EPZs) at airports, seaports and storage facilities. Primary destinations for goods passing through EPZs are the European Union, United States, Turkey and other Arab countries, such as Egypt. Exported goods are mostly agricultural, textile and leather products, metallurgy, mechanical, electronics and chemicals, according to the OBG profile.

The local government, however, is looking beyond manufacturing as it builds a 2,000-hectare technology SEZ in Tangier in cooperation with China Communications Construction Co. Known as Tangier Tech Mohamed VI, it will focus on attracting investors using the latest food processing, automotive, aeronautical and renewable-energy technology. The state’s goal is $10 billion in foreign investment and 100,000 new jobs, according to state officials speaking to the media in January. The new tech zone will connect to Tanger Med seaport.

With 61 SEZs, Kenya is far and away Africa’s leader after opening its first in 2016. Fueling that rapid growth is a dedicated SEZ law enacted in June 2015.

Incentives include “perpetual” exemption from VAT, stamp duty, customs and import duties; taxes on purchases from Kenyan companies and taxes on dividends. The income tax rate for the first 10 years is 10 percent, then 25 percent for the next decade. The national corporate tax rate is 30 percent. Additionally, Kenya passed laws removing limitations on work permits, foreign exchange and repatriation for companies in SEZs.

Currently, the government is developing several SEZs. In January, it revealed plans for a second SEZ in Mombasa, the country’s biggest port area.

Also in January, the state announced it had completed a feasibility study for a $391 million, 600-acre SEZ called the Miritini Industrial Complex located in the first SEZ in Mombasa.

The Dongo Kundu SEZ in the four-year-old Mombasa SEZ is scheduled to open to investors in June 2022. It will encompass a seaport, industrial parks and free-trade zones, as well as a  section for meetings, conferences and exhibition tourism.
Meanwhile, near Kenya’s western border is Kisumu County, which allocated in January 10,000 acres for an SEZ in partnership with the World Bank and International Finance Corp.

The Muhoroni constituency in Kisumu County announced plans for a 500-acre SEZ in September. The zone would connect to the national road network, international airport and a seaport. “The ultimate goal is to have an economic zone sitting on 70,000 acres teeming with industries in local consumption and export goods, and offering employment to 3 million people,” Alice Moraa, Kisumu County executive member in charge of trade and energy, told Kenyian media.

From a regulatory standpoint, factories operating in the SEZ in Navisha County will now pay half the national power tariff to attract more businesses. Business Daily Africa wrote that the move comes at a time when “observers have raised concerns that Kenya is falling behind other countries like Ethiopia and Rwanda in winning investment from companies moving supply chains out of China to escape higher tariffs amid the U.S.-China trade war.”

Currently, Navisha has a 309-acre green energy industrial park with direct rail connections to Mombasa port. Companies in the SEZ only export goods, which are mostly textiles and apparel.

Perhaps the biggest threats to the SCZone are the SEZs that Saudi Arabia is developing under its National Industrial Development and Logistics Program, announced in 2018. The program’s mandate is to use SEZs to diversify the national economy. A new law allows 100 percent foreign ownership of companies and residences within the zones, which are regulated by the Saudi Arabian General Investment Authority (SAGIA). The authority offers a one-stop shop in each SEZ to expedite everything from registration to licensing and land assignment.

However, SAGIA has restrictions on investments in military equipment, explosives, oil and gas, real estate brokerages and land transportation other than trains. There also are asset ownership restrictions in Medina and Mecca.

So far, multisector SEZs have opened in Riyadh and Jeddah. Planned is a 180-square-kilometer transshipment SEZ between Makkah, Madinah and Jeddah. Another SEZ will be Knowledge Economic City in Madinah, which will focus on attracting high tech investments. In Ha’il city, there will be an $8 billion SEZ called Prince Abdulaziz bin Mousaed Economic City. The Saudi government earmarked it to attract transport, logistics, and touristic investments. The fourth SEZ in the works is Jazan Economic City, which will include desalination plants as well as power stations generating up to 4,000 megawatts. That SEZ will cover nearly two-thirds of the city of Jazan. 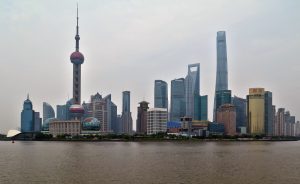 Over the past few decades, China has been focused on creating faster transportation networks to the rest of the world as exemplified by the Belt and Road Initiative. One of the initiative’s routes is a maritime connection through Kolkata, India, to Djibouti then through the Suez Canal to Piraeus, Greece, and ultimately Venice, Italy.

That route doesn’t stop in Egypt because, as then-head of the SCZone Ahmed Darwish told AmCham in 2016, there would be no need for an additional stop between Djibouti and Piraeus.

Today China is investing $3.5 billion to build Africa’s largest SEZ (4,800 hectares) called Djibouti International Free Zone (DIFTZ). Construction is under way on a 240-hectare site that will hold four industrial clusters focusing on trade (imports and exports), logistics and manufacturing. That $370 million development will be managed by three Chinese companies.

Complementing the DIFTZ will be a $4 billion, 756-kilometer rail line to Addis Ababa in Ethiopia that promises to cut travel time to 12 hours and make Djibouti a major gateway to Africa.

The U.N.’s 17 Sustainable Development Goals, coupled with fast-paced technological developments, are reshaping how businesses operate. According to the UNCTAD report, the biggest challenge facing new SEZs is to adhere to SDGs. They also must account for new industrial norms and technologies, including 3D printing, waste management and digitization. The third challenge responds to changing international production patterns due to the rise of protectionist policies.

Decisions must be quick, and policymakers need the foresight to spot the next big trend and act preemptively. With 500 new SEZs scheduled to be operating this year, according to the UNCTAD report, there is an increasing abundance of choice.

Meanwhile, global FDI is in decline. It decreased from $380 billion in the fourth quarter of 2018 to just over $200 billion during the second quarter of 2019, according to Bloomberg. “Global FDI has been weak over the last decade. Manufacturing FDI across all developing regions has been structurally lower over the last five years than in the preceding period,” noted the UNCTAD report. “In response to the tight market for investment in industrial activity, governments must continue to make their investment promotion packages more attractive.” 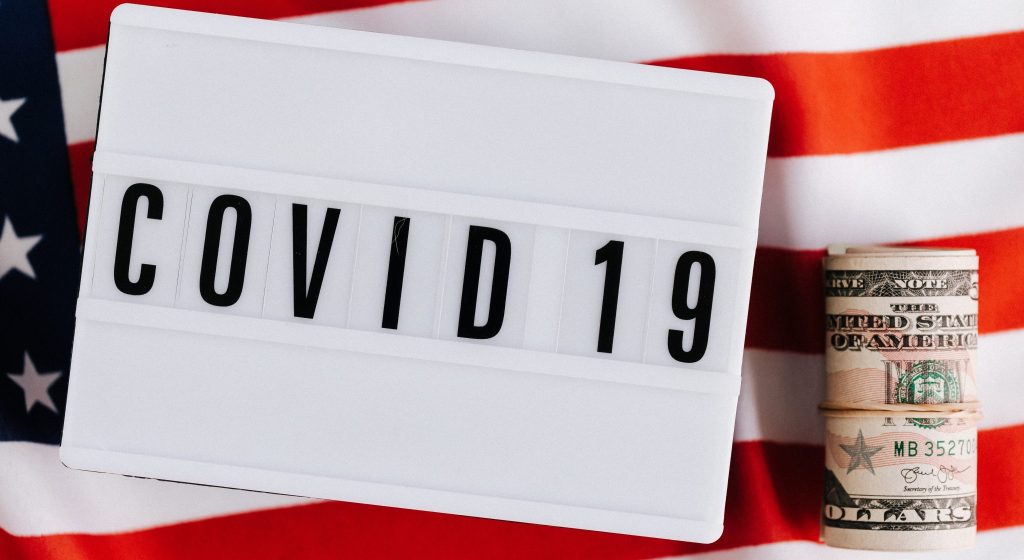