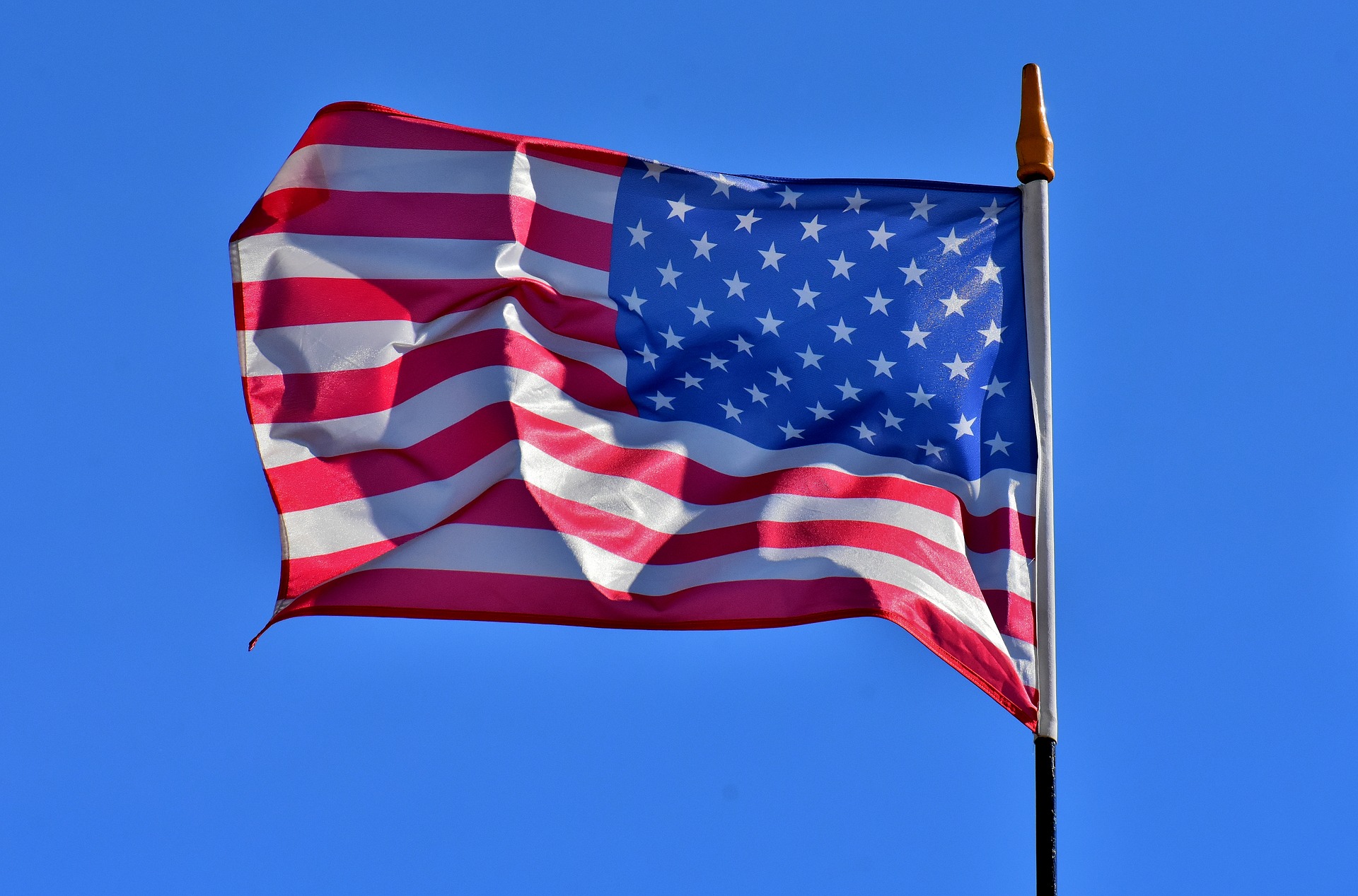 President Joe Biden wants the federal government to lead the economic recovery in the United States. While many Americans love the idea, some experts warn it may backfire.

When it comes to the economy, many governments would agree the private sector is the engine driving it forward. It is an important policy message of the OECD, a club of mostly rich nations. “As the major contributor to economic growth and employment creation, the private sector has a central place,” it noted in 2017. Additionally, as a regulator, a government should not influence supply and demand, violating a key dynamic within any private sector-led economy.

However, in his first 100 days in office, U.S. President Joe Biden sought approval from Congress for a total of $6 trillion to stimulate spending, create jobs and subsidize eligible families. To pay for it, Biden wants to increase taxes on top corporate and individual earners. “It’s time to build our economy from the bottom up and from the middle out, not from the top-down,” he said in April. “It is a once-in-a-generation investment in America, unlike anything we have seen or done since building the interstate highway system … It is the largest jobs investment since World War II.”

Research shows the American people favor that core shift in U.S. government policies and strategies. Political opponents and experts point out that funding such a massive budget using debt and taxes would hamper GDP growth, which the IMF forecasts to be 6.5% this year.

U.S. government
The American government’s underlying policy was to limit influence and power, as dictated by its 1789 Constitution. According to James Madison, co-author of the “Federalist Papers,” the separation of power among government branches ensures that each has limited jurisdiction. “The great security against a gradual concentration of the several powers in the same department consists in giving to those who administer each department the necessary constitutional means, and personal motives, to resist encroachments of the others,” he wrote.

Over time, the small-government concept benefited America’s economic growth. In 1931, James Truslow Adams coined the phrase “American Dream” in his book “Epic of America” as “that dream of a land in which life should be better and richer and fuller for everyone, with opportunity for each according to ability or achievement.”

The movement towards small government temporarily reversed after The Great Depression with the New Deal starting in 1933 to recover America’s decimated economy. By 1939, government investments started shrinking once again but retained leadership in some aspects. “In the short term, New Deal programs helped improve the lives of people suffering from the events of the depression,” noted an explainer published by The Library of Congress. “In the long run, New Deal programs set a precedent for the federal government to play a key role in the economic and social affairs of the nation.”

By 1996, President Bill Clinton, in his first speech to Congress, made it official: the “era of big government is over.” However, some protections for the poorest Americans would remain.

In the aftermath of the 2008 global financial crisis, the federal government debated introducing restrictions on businesses. In 2009, Meg Whitman, a former CEO of eBay and then Hewlett-Packard CEO, told ABC News that companies could only thrive when the government is “making a small number of rules and getting out of the way. Keeping taxes low. Creating an environment for small businesses to grow and thrive.”

More than a decade later, the prospect of economic lockdowns to curb COVID-19 resulted in Donald Trump, a business tycoon before winning the presidency in 2016, going against the small-government ethos. In March 2020, Congress passed the $2.2 trillion CARES Act, which included higher unemployment benefits and one-time $1,200 payments to individuals, and created the Paycheck Protection Program that offers small businesses forgivable loans. But by December, an additional one-time payment of $2,000 fell short of congressional approval.

Biden’s big government
Upon taking office in January, Biden left no doubt he would continue to ask Congress for more trillion-dollar checks to “build back [America’s economy and society] better.” The IMF had just reported the U.S. economy shrank 3.5% in 2020. In April, Jim Tankersley, New York Times White House correspondent, noted that Biden’s “economic agenda might have seemed unthinkable as the United States was emerging from … a recession when austerity politics still ruled the Capitol.”

In March, Biden’s first stimulus package totaled $1.9 trillion in economic aid — $1,400 checks to all Americans. A week later, he announced a $2.3 trillion infrastructure plan “aimed at everything from repairing 10,000 bridges to tearing lead pipes out of millions of homes,” reported Reuters. By the end of April, he had proposed a $1.8 trillion initiative called the “American Families Plan.” It includes $1 trillion in new spending and $800 million in tax credits. “The plan aims to expand anti-poverty measures the president implemented in the wake of the COVID-19 crisis and prioritizes helping working- and middle-class American families,” wrote Kelly Anne Smith, a Forbes adviser. Tankersley said $600 million of the American Families Plan would likely be permanent, while the rest would last for years.

Money pit
Financing this massive plan will come from increasing taxes on companies and individuals at the top income tiers. By the end of April, Biden had announced those whose average annual income is $2.2 million would be affected the most. According to the U.S.-based Institute on Taxation and Economic Policy, taxes would increase from 37% to 39.6%. That equals an annual average of $159,000 additional payment per person in that tier.

The capital gains tax rate would be 39.6%, up from 20%. Those making $1 million or in net profit from selling inherited assets would pay 43.4% on that portion.

Biden also allocated an undisclosed amount to the Internal Revenue Service to increase audits of those making more than $400,000 a year to raise $700 million in the coming 10 years by reducing tax evasion. “I’m not out to punish anyone. I will not add … an additional tax burden to the middle class of this country,” said Biden in April.

Many economists and other experts believe the rest would ultimately come from increasing America’s budget deficit, though Biden has promised otherwise. “We can do it without increasing deficits,” he said in an address to a joint session of Congress in April.

Support for borrowing is substantial in light of prevailing financial conditions. “Like many governments around the world, the Biden administration will finance the spending through borrowing as it capitalizes on historically low-interest rates,” wrote Suzanne Lynch, the Irish Times’ Washington correspondent, in May. Nir Kaissar, a Bloomberg columnist, added: “With long-term U.S. interest rates at historic lows, a record surge of cash in circulation and many Americans flush with savings accumulated during the pandemic, the federal government … has access to a trove of cheap money,” he wrote in an op-ed. “We think Congress should primarily borrow the money needed for Biden’s plans.”

Mass appeal
For many Americans, checks from the government were an answer to prayers. In September, a Gallup poll found 54% want more help from the government, the highest percentage since the survey started in 1992. Two-thirds of those surveyed approved of Biden’s $2.3 trillion infrastructure plan.

A CBS News and Pew Research Center poll in 2020 found 52% of those surveyed supported a more prominent government role in leading the economy out of the COVID-19 crisis. Karlyn Bowman of the American Enterprise Institute, a conservative-leaning think tank, said increasing numbers of Americans had wanted more government intervention in the market since Trump took office in 2016.

“This is what happens when [the] government actually works for people: There’s no backlash,” Jon Lieber, a managing director for the Eurasia Group, told The New York Times in May. “The dynamic is so different now because the response during the crisis was more populist, more people-focused.”

Some still can’t fathom the shift. “So, what’s going on here? Americans have long been skeptical of more government intervention, and public trust in government remains historically low,” said Daniel Cox, a research fellow at the American Enterprise Institute, in May. “Do Americans really want more government in their lives?”

Melissa Kearney, director of Aspen Economic Strategy Group, attributed the change to the pandemic and fallout from the 2008 global financial crisis. “People had this hope that we would emerge from this pandemic strong,” she told The New York Times in May. “Maybe that’s what’s happening … It’s pretty exhilarating to see the president pushing them forward right now.”

High risks
Some have raised concerns that while “big government” might be good for the economy in the short term, it could cause problems down the line. “I think it’ll catch up once it all sinks in,” said Sen. Mike Braun, a Republican from Indiana.

A prime concern is the proposed higher taxes on companies. “There is plenty of evidence that raising corporate income taxes affects all workers by reducing wages, slowing employment growth and impeding innovation,” wrote Adam Millsap, a senior fellow at the Stand Together Institute. “Several studies over the last 15 years find that state corporate tax increases have adverse economic consequences.”

However, Ben White, Politico Pro chief economist, noted an exception is when the economy suffers, and the government wants to fast-track recovery. In the economic narrative, a “recession” means two consecutive quarters of GDP contraction. “The New Deal is perhaps the best example,” he argued. Income taxes at the time reached up to 75%, according to the IRS website.

Pouring money into the U.S. economy in 2021 is a significant concern as the IMF estimates the country’s GDP will grow 6.5% this year after contracting by 3.5% in 2020. Biden’s “case is dramatically complicated by the fact that the economy is already roaring ahead … as long as vaccinations continue at their current pace and new strains of the virus do not emerge,” said White.

Some also criticize Biden’s plan to make the wealthiest Americans pay more taxes. Data from the Tax Foundation indicates that in 2018, the richest 1% of taxpayers accounted for 40.1% of all income tax revenue, while the top 50% covered 97.1%.

Another issue is that having so much “free” money in circulation might fuel inflation. The U.S. Bureau of Labor Statistics reported inflation had grown from an annual rate of 0.1% in May 2020 to 4.2% by the end of April 2021. Economic narratives suggest that rising inflation usually results in consumers cutting back on spending. Some experts, however, noted that rising prices could cause a short-term boom in spending amid fears that prices will rise even higher.

Another potential budget problem looms if Biden borrows to finance the $6 trillion stimulus plans. The U.S. government reported that in January 2021, the federal deficit had more than tripled to $3.13 trillion from just under $1 trillion a year earlier. “Reducing the deficit is not a high public priority,” wrote Cox of the American Enterprise Institute. “But a new Quinnipiac poll [released in April] shows 48% of Americans are worried the Biden administration wants to spend too much money.”

According to Biden, the government would continue its spending spree for at least a decade to equip Americans to compete with other countries. “We can’t be so busy competing with each other that we forget the competition is with the rest of the world to win the 21st century,” he said. “To win that competition for the future, we also need to make a once-in-a-generation investment in our families, in our children.”

Edward Keenan, The Star’s Washington bureau chief, wrote in a May blog that Biden will face stronger headwinds as time goes on: “By the standards of Washington politicians, these policies are boldly overturning conventional wisdom of what’s politically possible.” That means future presidents might end Biden’s “big government” push.

However, suppose the U.S. president’s spending push significantly benefits the electorate in the next few years. In that case, Lynch of the Irish Times believes it could mark a historical turning point that might redefine America’s economic policies for decades. “While Biden’s economic ambition may be a gamble, particularly given inflationary concerns,” she wrote, “it undoubtedly marks a very different kind of … politics from 25 years ago.” 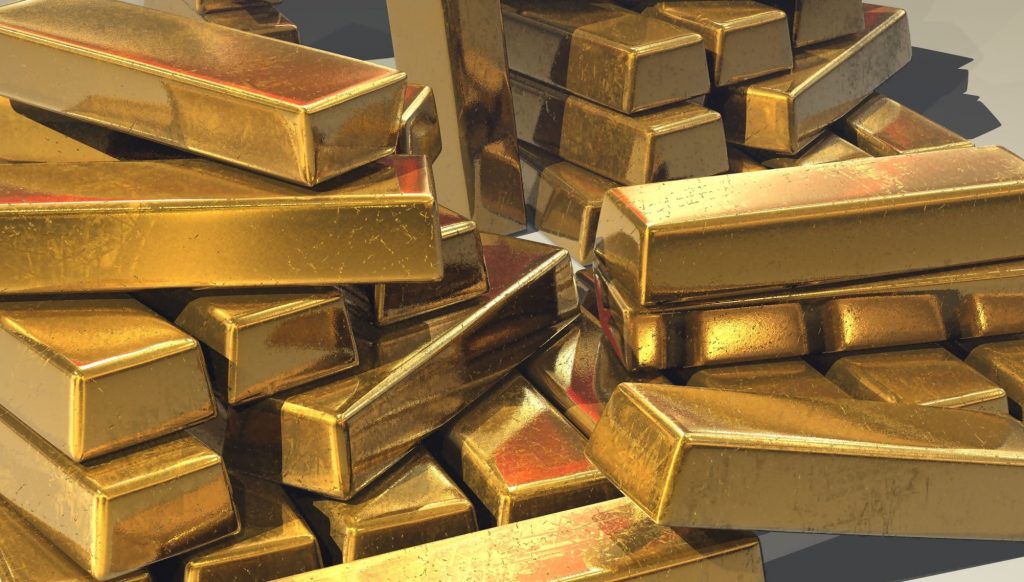 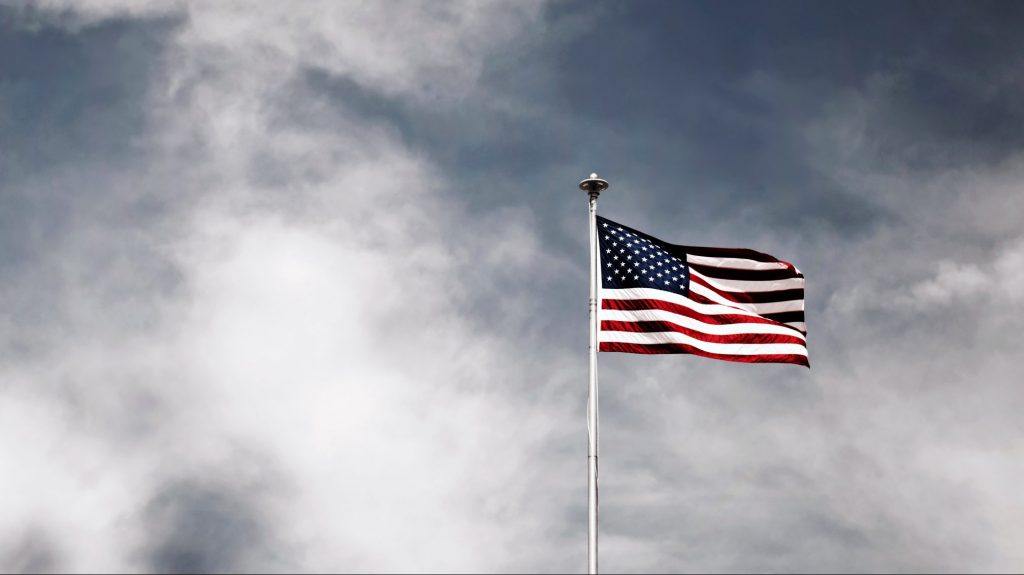