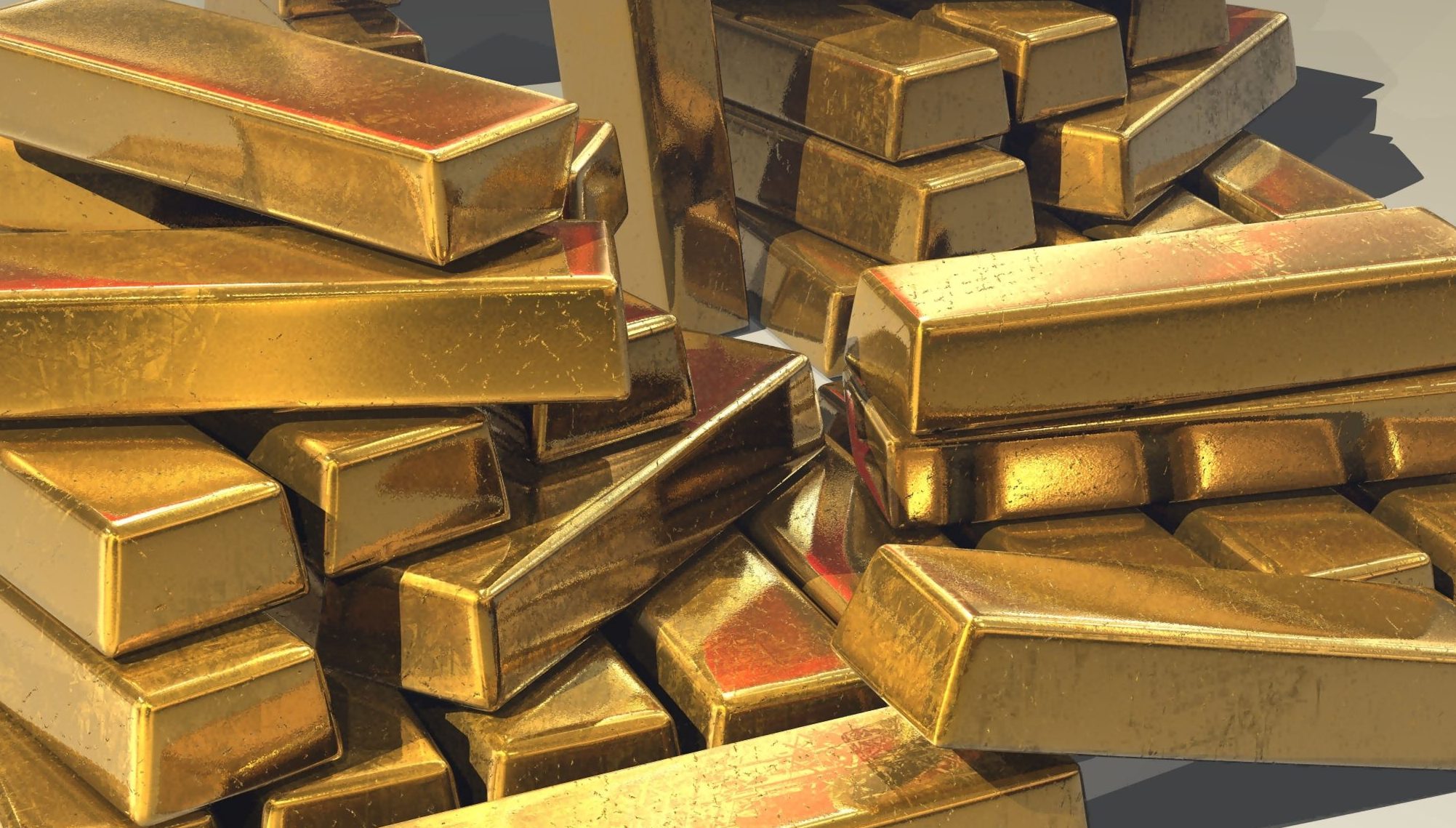 From being buried with their gold to the intricately detailed busts of pharaohs and sturdy copper jewelry still found in museums, ancient Egyptians were attached to the metals mined off their land. Viewed as a divine metal, gold held a revered spot in their lives and afterlives. Recently, though, metals lost a lot of their meaning in Egyptians’ lives as the industry slowed down. 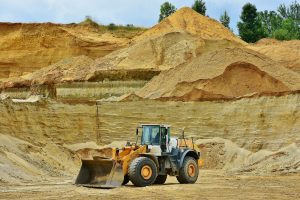 When foreign companies involved in mining left after the 1952 Revolution, the industry fell to the side in favor of other sectors where locals had the know-how. That opened the door for an oil and gas boom that ripples to this day.

When it comes to mining, Egypt has a long list of advantages: rich geology, various minerals, an abundance of energy, low-cost skilled labor, and good infrastructure. Those factors opened the door for the government to overhaul Egypt’s mining legislative frameworks to align with international laws and practices. The aim is to “position Egypt on the world’s mining investment map,” said Minister of Petroleum and Mineral Resources Tarek El Molla during a March 11 event hosted by the AmCham.

The 1956 mining law had glaring problems that the government never addressed, resulting in many investors abandoning their mines. “Attractive geology does not guarantee mining investment if a region’s policies are bad,” said an International Finance Corporation paper titled “Private Enterprise Partnership in the Middle East and North Africa.” A draft law put forward in 2019, though, aims to adopt internationally accepted practices that encourage foreign investment. At press time, parliament had yet to approve it.

While a lot smaller than it used to be, remnants of Egypt’s once-flourishing mining industry remain. Today, most mining is done to feed manufacturing. For example, iron accounted for 77.8% of mining activity in 2017, according to a report by Fitch Ratings, with aluminum second at 11.7%. Iron is used in steel production for domestic use and export, primarily to Saudi Arabia, Libya, Spain, Kenya, Italy, Sudan, the Netherlands, and the United States.

Egypt is self-sufficient when it comes to cement production, which primarily uses mined raw materials such as limestone, chalk, clay, silica sand, and iron ore. According to Cement Division, a specialized industry portal, Egypt produced (82.5 million tons). Of which, local companies used 44.9 million tons in 2020.

During the first five months of 2020, exports of steel, iron, and cement fell by 41.4% compared to the same period the previous year, according to a 2020 report by the Export Council for Building Materials. Another council report says this fall was not just because of declining global demand due to the COVID-19 lockdowns. Exports fell from $23 million in the first two months of 2018 to $19 million in 2019. Experts speaking to the media back then cited low demand for locally-made cement in Egypt and abroad.

That decline comes despite the United Nations Economic Commission for Europe asserting that Egypt’s main advantages when it comes to mining stem from “low raw material costs and reliable, competitively priced energy.”

Accordingly, if raw material excavations were to increase just as the Ministry wants, local producers need to export to new markets. Perhaps the most lucrative ones will be in Africa, given their potential for fast GDP growth rates and low penetration of locally-produced cement. Only 0.3% of Egypt’s total exports went to the no-customs Common Market for Eastern and Southern Africa in 2015 and 2016, 4% of which was cement. Mai Abdelaziz, an equity analyst at Shuaa Securities, wrote in a July 2019 note that she “believes Egyptian companies could bump up this figure if export incentives and logistical measures are introduced. Reduction in transportation costs, tax reductions/exemptions on imported coal, and reduction of clay costs all could help Egyptian cement producers find that comparative advantage for their exports.”

Similarly, products using phosphate could prosper if local producers export to Asia. Customers in that market look for finished products such as fertilizers instead of phosphate rock because its prices doubled since 2006, according to Arab News. Egypt has 1.3 billion metric tons of phosphate in reserve as of 2019, according to Investing News. While Egypt uses 14.3 million tons of nitrogen and phosphate fertilizer per year, according to the Chamber of Chemical Industries’ annual report, the country should have no problem supplying its agricultural demand for fertilizers and exporting.

According to Fitch Ratings, another resource in Egyptian mining is gold, which accounted for 10.4% of mined deposits in 2017. Only a couple of working mines remain, most notably the Sukari Gold Mine in the Eastern Desert.

Mohamed Abdel Gawad, a mining professor at Cairo University, told Business Monthly in 2017 that he saw a lack of exploitation of gold in Egypt as the mining industry’s biggest loss. “It is the sixth most valuable metal on Earth, and the government believes Egypt has a lot of undiscovered reserves given the size of the Sukari Gold Mine,” he said. “It stands to reason that gold should take center stage in every conversation.”

“The government has embarked on a radical economic reform program incorporated in Egypt Vision 2030,” El Molla said. Some of its benchmarks pertain to increasing mining activities for raw materials for export and domestic consumption.

The reforms were introduced after an analysis to reassess structural elements “to make the Egyptian mining sector more attractive, in addition to putting forward a more comprehensive development strategy,” said the Minister. The analysis emphasized “immense opportunities to leverage our strategic location.”

The starting point was “amending the existing mining law to reflect new legislative reforms and new opportunities that were sound enough to power through the current pandemic,” El Molla said during the AmCham March event.

Introduced in August 2019, the draft mining law eliminated the need for parliamentary ratification of each exploration contract. “This will help make things more upfront and agile,” he said.

Additionally, the draft law relies on the concept of profit sharing. While effective in other sectors such as oil and natural gas, explained El Molla, it increased the time needed to “conclude exploration concession agreements.”

Instead, the new law will replace profit sharing with the internationally accepted tax and royalty system. The change means rent can change every three years (as opposed to four years previously) depending on the mine’s size. Mining investors would pay royalties up to 20%, compared to a maximum of 5% under the old law.

“The newly proposed tax and royalty system include royalty payments based on the concept of net returns, the adoption of international price tenders and references,” El Molla said. “We’re also putting forward a newly proposed free-carry interest [where the state isn’t obliged to invest in the joint mining project] to be in line with the common practice in our neighboring African countries.”

Naguib Sawiris, chairman and CEO of Orascom Telecom Holding, told Al Arabiya the shift to a tax and royalty system is “a bold move” that puts Egypt on par with other countries. Sawiris invests in mining in African countries through La Mancha Resources Inc., which participated in Egypt’s Eastern Desert bid round conducted last year.

The new reforms should create attractive conditions for local and international mining companies to enter and thrive in Egypt.

The mining sector reforms also include a focus on training workers. Last year, the ministry launched a three-phase training program with more than 250 laborers already trained as of last February. 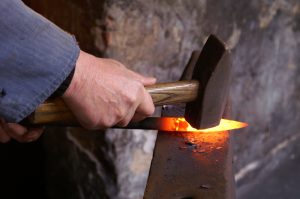 Mining companies felt the effects of these regulatory reforms when the government announced the winners of excavation bids in November. “Despite the unprecedented circumstances of the COVID-19 crisis that we all faced in 2020, the number of international companies showing interest, purchasing informational packages, and submitting bids exceeded any expectations,” El Molla said.

To further support the sector, El Molla said there are plans to establish “an integrated city for the manufacturing and the trade of gold in the country in accordance with the latest design and technologies in this field.”

According to El Molla, the reformed laws and resulting opportunities could generate $10 billion per year in exports by 2040, up from about $1.6 billion today. “Through direct and indirect impact, the mining sector could contribute $20 billion to GDP in the same year and support jobs for over 180,000 people,” he said. “We aim to turn Egypt into a world-class mining destination, and our focus is to create a win-win investment climate for everyone.” 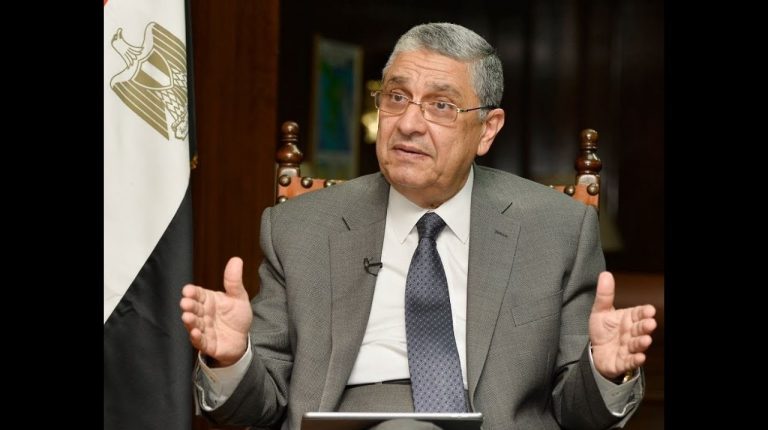 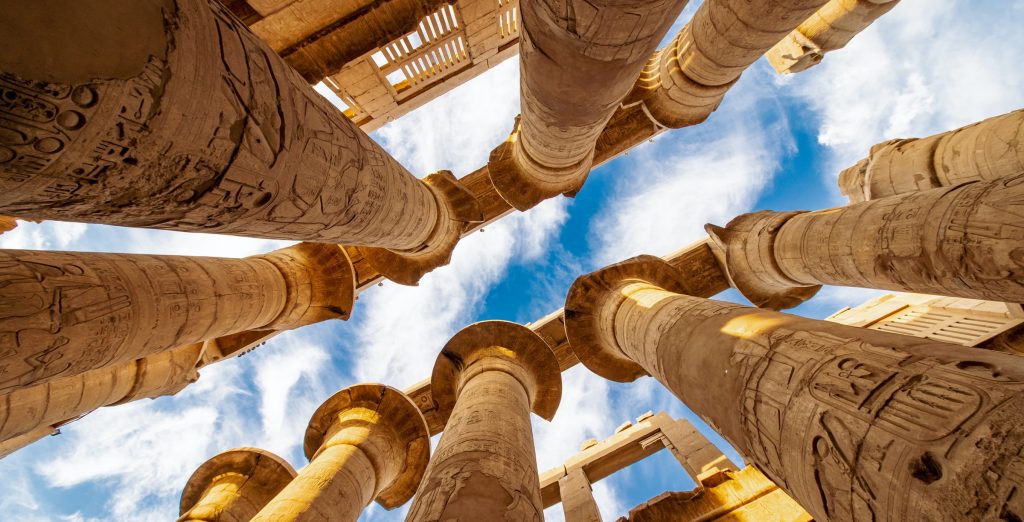