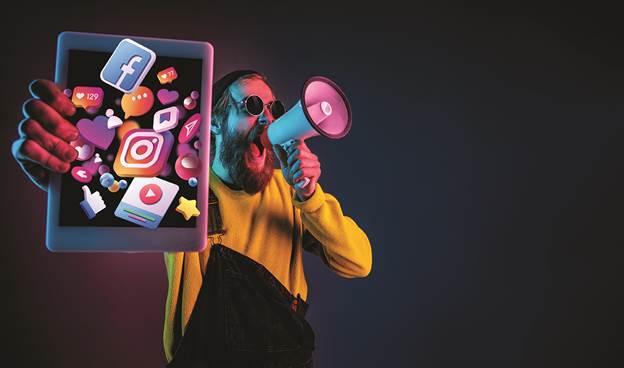 With the rise of digitization and e-commerce, a ‘PR story’ could be crucial to creating loyal customers and continuing growth.

In July 2017, the world’s largest eCommerce platform by market value, Amazon, announced it was buying MENA’s most popular digital trading platform, Souq.com. However, instead of absorbing it, Amazon retained the Souq.com name and backend operations, ensuring visitors don’t feel any differences.

At the time, Souq.com CEO and co-founder Ronaldo Mouchawar said: “Together with Amazon, our goal is to offer our customers the widest product selection, great prices, improved delivery times and first-rate customer service.”

At the launch press event, the focus was that “Amazon.eg brings together Souq.com’s local know-how and Amazon’s global expertise, something we believe will be of significant value to customers across Egypt,” said Amazon Egypt Country Manager Omar Elsahy. “We will keep innovating in ways that are meaningful to our customers, as we remain laser-focused on providing them with exceptional service, fast delivery, and great prices and selection on millions of items.”

However, that explosion in eCommerce activity has downsides. A research paper titled “Digitalization of Retailing: Beyond E-commerce” said customers could become “dividualized,” or thought of “not as individuals with emotions, attitudes, behaviors, but as data that can be divided and reassembled through analysis.” E-commerce then loses the personal touch and interactions of a brick-and-mortar store experience. That could dampen the attraction of new customers to those platforms.

Accordingly, eCommerce platforms must balance streamlining purchasing processes to encourage customers to buy faster while appealing to the individuality of visitors. One solution is to create narratives or “stories” around the platform’s products and services. Those tales’ messages should resonate with a broad range of customers, building familiarity with visitors and ultimately loyalty in the long term.

The e-commerce sector in Egypt has been growing steadily since 2020. The Internal Trade Development Authority reported e-commerce transactions reached EGP 40 billion ($2.2 billion) in 2020. A year later, it reached an estimated EGP 100 billion, according to a report by BOOST, a consultancy firm.

Their report attributes the growth to an increased “number of drivers and the ease of online purchasing and selling, as well as changes in Egyptian consumer behavior due to the ramifications of the coronavirus,” reported Al-Ahram online. Those new behavioral traits have been changing for the best part of the past decade. It started when several courier companies with reliable delivery networks entered the Egyptian market. They included R2S in 2015, Bosta (2017), and Aramex (founded in Jordan in 1982 and came to Egypt in 2017). Those companies embedded the idea that goods could be delivered door-to-door.

Hilda Louka, CEO of MITCHA, an eCommerce fashion platform for Egyptian designers, felt this growth. She says the industry has “grown tremendously”, particularly during the COVID-19 pandemic. She noted the gap between Egypt and the following countries in the region regarding eCommerce usage to buy and sell products “is big.”

As of December, fashion contributed 21% of eCommerce revenue in Egypt, second to electronics at 28%, according to the BOOST report. Sherif Makhlouf, BOOST’s Founder and CEO, expects fashion products will remain popular because of the “relatively advanced supply chain of the industry and new product development in Egypt.”

However, the industry’s growth prospects face several obstacles. That necessitates a lot of improvements before fulfilling the sector’s potential.

“People who do eCommerce [in Egypt] really suffer,” says Louka. Some obstacles for MITCHA, she says, are inadequate training of courier company drivers and suppliers, as well as difficulty finding sufficient technology to grow and maintain the website. “You don’t have expertise in the market,” she says.

Makhlouf and Louka agree the government must formalize Egypt’s e-commerce industry and integrate it into tax and legal regulations. Makhlouf told Al-Ahram online that “banks need to establish an advanced system that accepts electronic commercial transactions [and] adopt electronic payment and e-signature systems.”

There should be changes to the tariff law as well, Louka adds, as it becomes an issue when customers abroad return items and then have to explain how the items originated in Egypt. Makhlouf told Daily News Egypt that platforms selling directly to consumers can positively impact the economy because “many e-commerce brands source and manufacture locally, and ship products internationally.”

With global eCommerce platforms such as Amazon, Ikea and Zara entering the Egyptian market, Makhlouf expects to see more investment in existing platforms: “Egypt is one of the most important countries for attracting this kind of investment due to its population growth.” He says the consumption patterns of Egyptians have “begun to turn to online because of the coronavirus,” he expects a significant expansion in the market overall. 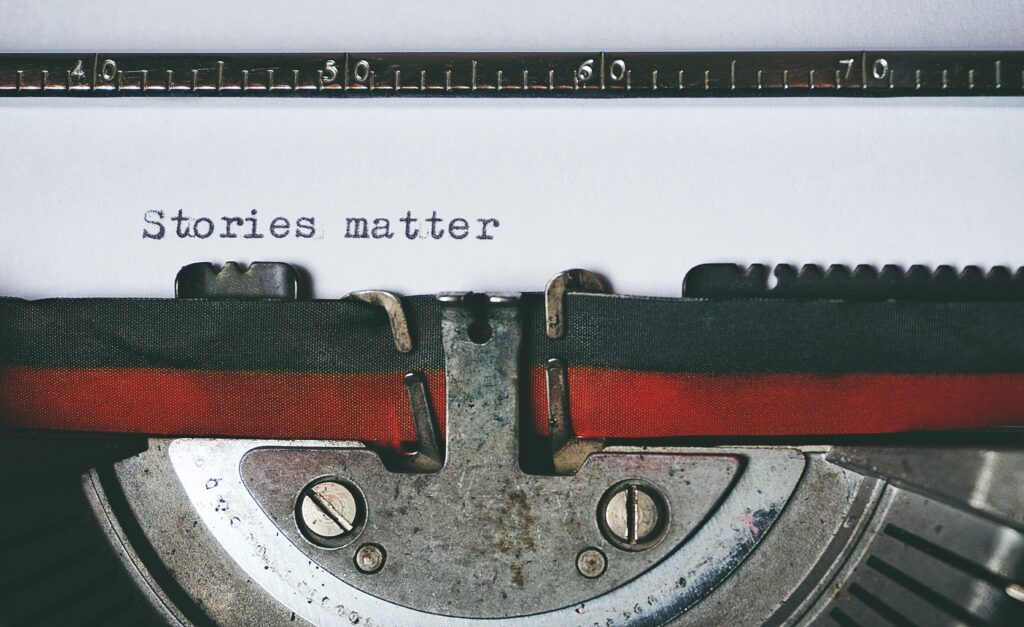 The proliferation of eCommerce platforms across Egypt, whether sellers use it as their primary channel or complement brick-and-mortar outlets, means standing out is essential to success.

In addition to ongoing challenges facing such platforms, new competitors are increasing, and existing ones diversify their offerings. For example, Elmenus started as an aggregator of restaurant menus across Egypt. It now offers its own delivery service from such establishments. Meanwhile, delivery giant Talabat in Egypt has expanded to deliver groceries in Egypt after several startups, such as Breadfast, Instashop and Goodsmart, successfully delivered supermarket goods.

That is where eCommerce platforms must successfully navigate the social media universe. In a nutshell, the former uses the latter to market itself quickly and less costly than conventional methods as the preferred online shopping channel. However, the massive following and overlap of social media platforms worldwide make it an increasingly tricky landscape to navigate.

The trickiest part of using social media is selling to the right customer, says Christophe Moons, CEO of Largus Group, a digital marketing company in Dubai. “In that sense, we have to add value. We’re telling stories … using the help of online tools and platforms.”

Louka makes sure MITCHA’s message is clear and consistent across digital marketing tools the brand uses, such as Instagram, Facebook, and the company’s website. As a platform that supports rising designers, Louka explains, it is essential that customers feel like they “belong to a story. You can’t fool a customer. There has to be honesty and integrity in what you do so people believe your story.”

As her “best tool,” social media provides several options to communicate the company’s message, including videos, reels (short clips), photos, and text, giving customers a “360-degree experience” of what a brand offers. “The product can be amazing, but if you’re not appealing on social media, you will not sell anything,” said Moons. Louka adds that when it comes to e-commerce, there is an added element of having to develop the best possible website to back this up. “If the journey of the customer on the website is ugly, hundreds of social media reels and stories” won’t help,” she says.

MITCHA advertises only on social media and has never used billboards, TV, or other traditional means. However, Louka has been a speaker at public events, which she says may have contributed to growing the customer base and spreading MITCHA’s message.

The focus on social media storytelling has positively affected business for Louka, who believes “people can buy at a higher price just because they believe in a vision.” She estimates that 30%-40% of customers return to the online store, but there are still gaps she’s trying to fill. However, maintaining a story might come with a cost. Louka believes that if she were to bring an international brand on board to MITCHA, it might drive up sales and traffic, but she’d “lose the story” and, with it, the platform’s identity.

Social media stories can even be a powerful tool for companies that rely on traditional advertising. During the International Women’s Summit in March, Noha Saad, Vodafone Egypt’s head of external communications, said a single picture recently drove a lot of engagement on the company’s Facebook page. Ahead of Egypt’s World Cup qualifier match against Senegal in late March, Vodafone Egypt’s Facebook page changed its profile picture to feature the Egyptian flag and a slogan supporting the national team.

Saad explained that the photo didn’t interfere with any of the team’s advertising partnerships, but it made Egyptians feel closer to the company. She added that engagement with the post was palpable, with thousands of comments and reactions.

However, Saad said that not every post or video is a success, adding that social media is often a “double-edged sword.” Without giving examples, she said there had been instances when Vodafone had to release statements to address controversies. For her part, Louka says she’d “be lying” if she said she didn’t experience customers taking to social media to voice their dissatisfaction.

With e-commerce especially, Louka says, the negative experience can stem from problems with deliveries, payments, or supply partners that MITCHA may not have total control over. “Unless you have your own fleet of cars, your own courier companies, your own suppliers and you produce for yourself, you will have unsatisfied customers,” she says. She handles them like her “top priority in life” and tries to offer personal apologies or gifts to make up for negative experiences. Unsatisfied customers are inevitable, “but the thing is what you will do to get them back.”

Another issue with digital marketing is privacy. While Moons believes stories should be the primary driver of social media marketing, he said data is still “of massive importance.” Access to data can become a problem for companies that outsource their digital marketing because of the effort and detail needed to draw up agreements and the hazy legal framework. The government will not enforce Egypt’s new data protection law until the end of the year to give companies time to adjust. The new law intends to protect customer data and prevent misuse of it.

Building a positive story and having the laws to back up the eCommerce industry will become increasingly essential. The BOOST report anticipates further growth of 30% in eCommerce in Egypt by the end of this year. Accordingly, positive stories that eCommerce platforms tell via social media will become increasingly difficult to tell, and also more vital to a platform’s sustained success. 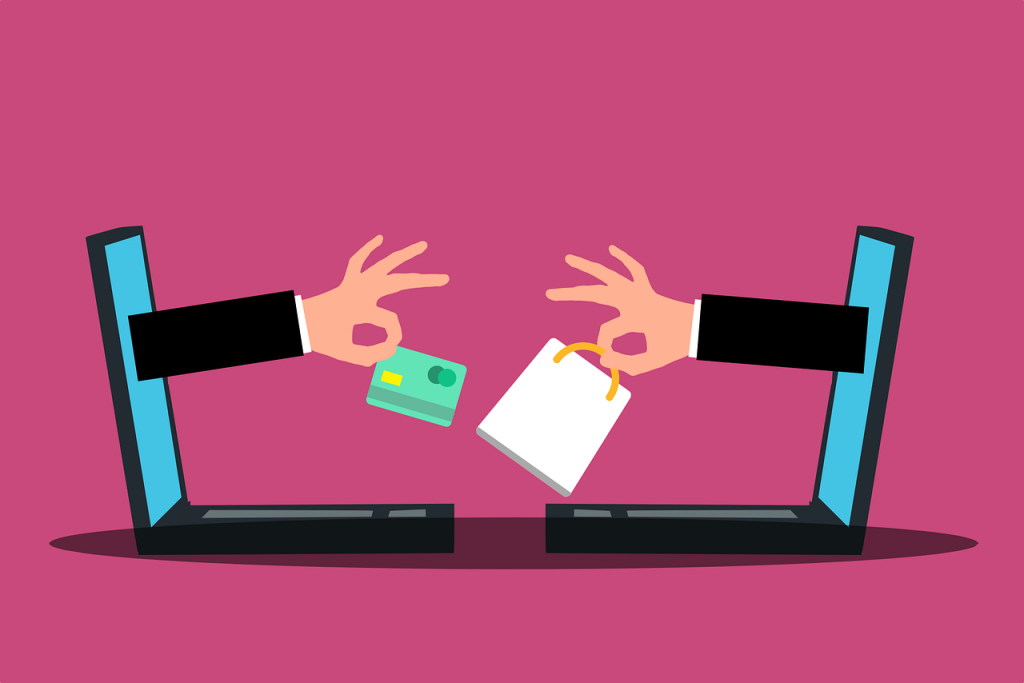 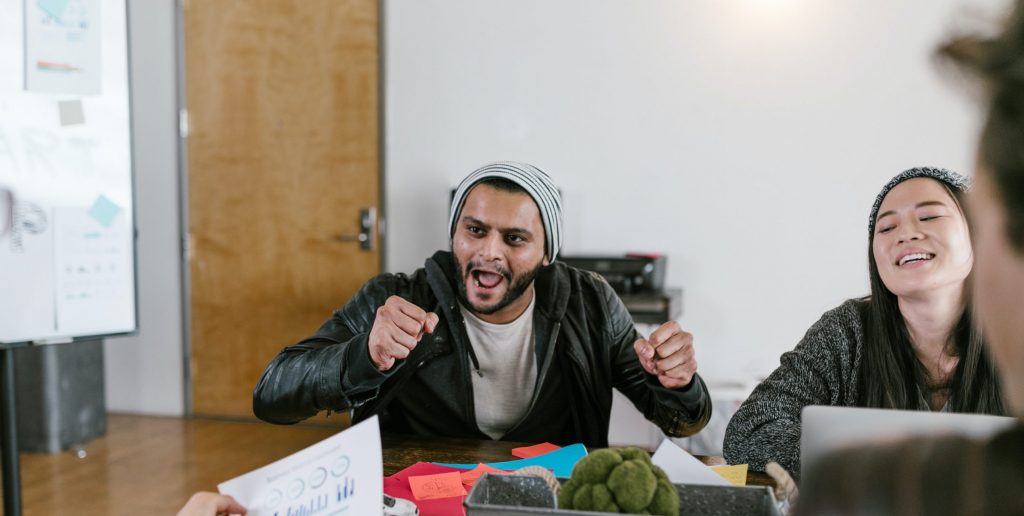