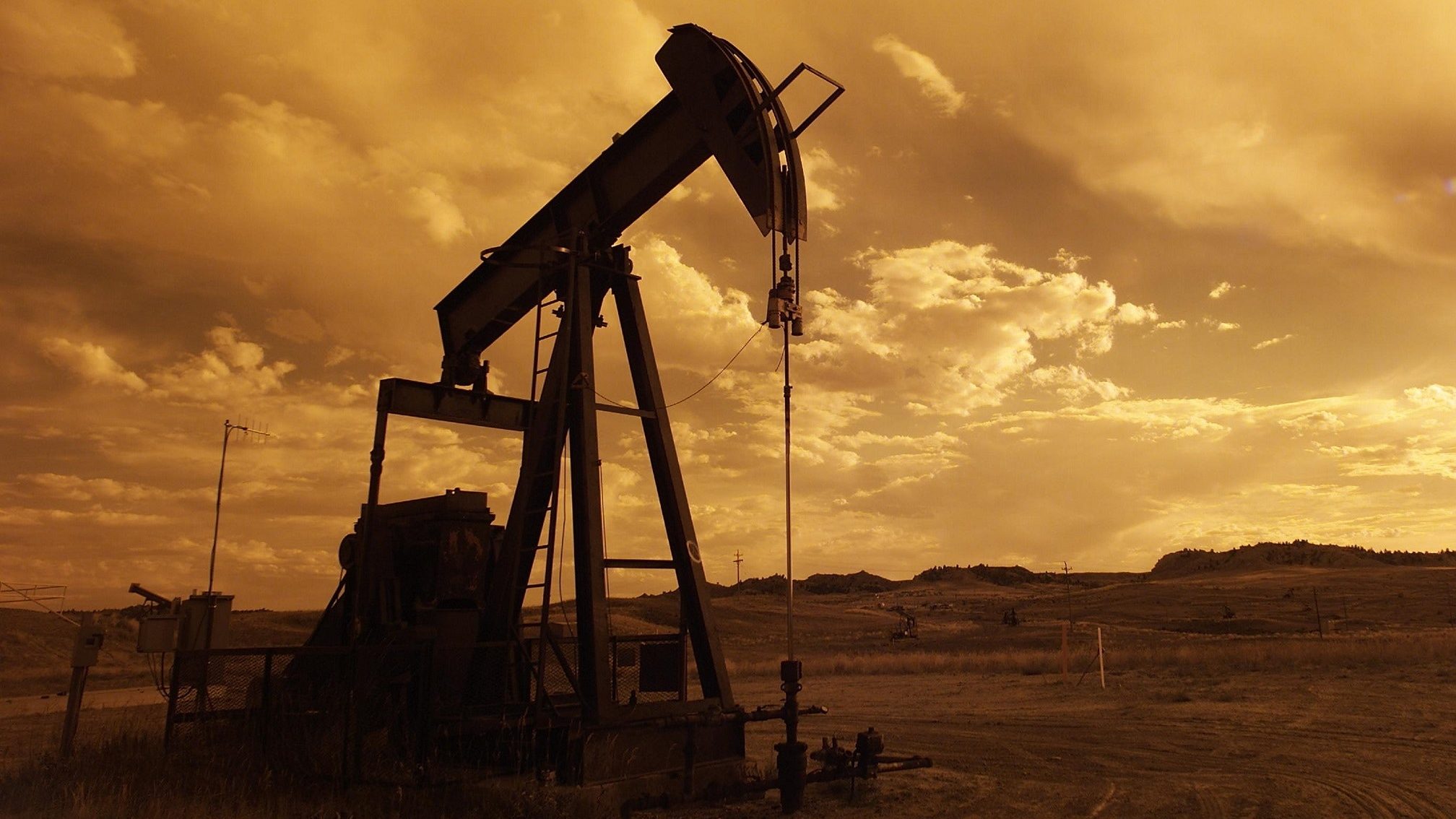 The discovery of shale gas in 2014 was a wakeup call for Gulf Cooperation Council (GCC): The six nations  realized they couldn’t dominate the energy market forever.

GCC governments increased their oil output, which sent prices from an average of $93.60 per barrel in 2014 to $48.70 the following year. While the move served to eliminate new competitors, it also laid bare the fragility of GCC markets. “Between 2007 and 2014, revenue growth stopped, but spending grew at a much faster pace. That led to a severe decrease in savings in the region,” Tokhir Mirzoev, a senior economist at the IMF in the Middle East and Central Asia department, told the Peterson Institute for International Economics in February. “During the 2014/2015 crisis, oil revenue halved, barely covering spending.”

As a result of that decline, GCC nations published plans to diversify their economies. In 2015, Saudi Arabia announced Saudi Vision 2030, spearheaded by Neom, a 26,000-square-kilometer (more than 10,000 square miles) cross-border industrial city. Kuwait has its New Kuwait Vision 2035, which “emphasizes human capital,” Minister of Finance Nayef Falah Al-Hajraf told MarketWatch last April. “It’s only through well-equipped people in Kuwait that we will achieve our goal.” Bahrain and Qatar also have Vision 2030 plans to diversify their economies away from oil, and the U.A.E. is wrapping up Vision 2021, which it announced in 2010 to make the country a regional business hub.

However, the outbreak of a novel coronavirus in December has thrown a proverbial wrench  in those plans, as governments locked down their economies to control the spread of the virus. That caused global oil prices to tumble by 71 percent so far this year. “Unlike in 2014/2015, this is a demand shock, not a supply shock that oil exporters could control by agreeing to adjust output,” said Samantha Gross, a fellow at the Cross-Bookings Initiative on Energy and Climate, in February. By mid-April, the IMF forecast GDP across the GCC would contract by 3 percent this year.

Jihad Azour, director of the IMF’s Middle East and Central Asia Department, stressed the importance of committing to continue with ongoing reforms. “Short-term ups and downs shouldn’t distract us from the bigger picture,” he wrote in a February report titled “The Future of Oil and Fiscal Sustainability in the GCC Region.” “Countries need to adjust to the long term implications now and not wait until they start to happen.”

If IMF Managing Director Kristalina Georgieva is to be believed, the coronavirus-induced global economic slowdown will be unlike anything the world has ever seen. “The outlook for global growth for 2020 is negative — a recession at least as bad as the global financial crisis or worse,” she said in March.

That recession resulted in lockdowns and curfews across the world to curb the spread of COVID-19. By the time this issue of Business Monthly is distributed, the virus will likely have infected well over 3 million people. Closures, whether mandatory or optional, affect businesses from family restaurants to VW and Nissan. Those still open are crippled by supplier and sales channel disruptions. Moreover, air and sea freight has been grounded as governments fear  foreigners would spread the virus.

Nearly two-thirds of the world’s population is not driving, flying or burning fuel, noted Bloomberg reporter Sheela Tobben in April. That has caused oil demand to drop by 6.5 million barrels a day, according to a March report by the Energy Information Administration, a U.S.-based industry association. The last time oil demand was so low was 30 years ago, according to an article by Bloomberg published in mid-April.

The situation will likely worsen as Goldman Sachs predicted a drop of 8 to 9 million barrels a day by the end of April, as reported by Reuters late March. The Economist said in April that during the first half of the year, global demand for oil might decrease more than 20 percent. Meanwhile, a report by Oil Price, a specialized portal, said oil consumption could be down by 30 million barrels a day. Oil output last year averaged 83 million barrels a day, according to YCharts, an analytics portal.

Weakening demand resulted in oil prices falling from $70 per barrel at the start of the year to less than $20 by mid-April. That comes despite the Organization of Oil Exporting Countries (OPEC) along with Russia and Mexico agreeing in April to cut output by 9.7 million barrels a day.

For GCC countries, that will mean a significant drop in income, as oil accounts for nearly 83 percent of those governments’ revenue, according to data from Oil Price.

The rapid decline in global demand means GCC countries need to increase storage capacity immediately to keep costs below international prices. “Refineries in many places are now losing money for every barrel they process or they have no place to store their output,” said Bjarne Schieldrop, chief commodities analyst at SEB, to CNBC in April. According to Bank of America, global oil storage capacity is about 900,000 barrels, Reuters reported in March. That compares to the current excess supply of 6.5 million barrels, which could double by mid-2020, according to a CNBC article in April.

Tony Quinn, chief executive of Tankbank International, told Reuters the U.A.E.’s Fujairah bunkering and oil hub had reached capacity. “If you go back to the beginning of the year, everyone had built up their stores of low-sulfur fuels for 2020, but then the market slowed right down with a lot of stocks still in tanks,” he said in April. “Most of the terminals in Singapore and the U.A.E. had […] filled up after Christmas […] and they haven’t emptied since.”

Jean-Francois Seznec, an adjunct professor at the School of Advanced International Studies (SAIS) at Johns Hopkins University, sees processing crude oil into high-end products, rather than diversification, as a way to preserve the GCC’s wealth. “One example is Khalid al Falih [a former energy minister in Saudi Arabia and current minister of investment], who wanted Saudi firms to process 10 million barrels of oil [a day] into more high-end products,” he said. “That would make the Kingdom much more money and develop an ecosystem around it to increase employment.”

That change in direction shouldn’t divert attention from long standing issues that require structural reform. “Saudi Vision 2030 is a grand plan with a lot in it,” said Gross. “However, it is mostly moonshot projects that look good on paper. What those plans don’t include are the things that need to happen on the ground. There is also a lack of clarity, which puts off many investors.”

A case in point is that with the exception of the U.A.E., GCC countries are not supporting the growth of private sector businesses outside the oil sector. “Youths in the GCC that don’t work in oil are used to cushy, well-paying, prestigious government jobs,” said Gross. “Where will those youths go if the government stops hiring.”

She said GCC governments hoard the best oil and non-oil business opportunities for themselves. “If they want those reforms to work, they have to pass on some of the best opportunities to private companies that they don’t have a stake in,” she stressed.

According to Seznec, GCC central banks also must make lending easier for private firms outside the oil sector. “That would attract more FDI, be it more value-added in the oil industry or outside it,” he noted.

Growing the economy beyond the rising living standards is the only way forward as GCC governments can’t easily ask citizens for fiscal discipline, according to Seznec. “Since 2007, GCC citizens have started spending more. That spending continued despite the 2014/2015 crash,” he told PIIE in February. “The majority of the population is under 25 years old and brought up to spend with little consideration of what comes next.”

On the social front, GCC governments need to reform taxes, remove energy and non-energy subsidies, as well as umbrella handouts. “That will be very difficult to change because it requires a complete rethinking of the possible social impact of making citizens pay more for government services while removing support,” said Gross.

IMF economist Mirzoev believes the GCC faces one of three scenarios. The first is to preserve its wealth through immediate disruptive social and economic changes. Another is a gradual shift, allowing wealth to be cut in half before reforms kick in. The third is to let wealth run out before the transformation plans have an impact on society. “The faster they start, the faster they will avoid complicated reforms that become more complicated as time moves on,” he said. 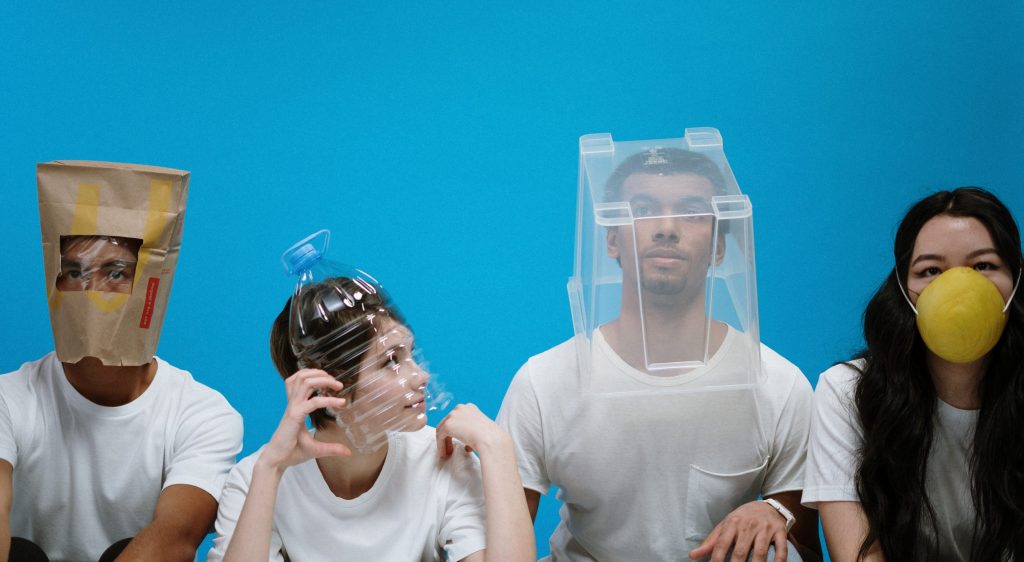