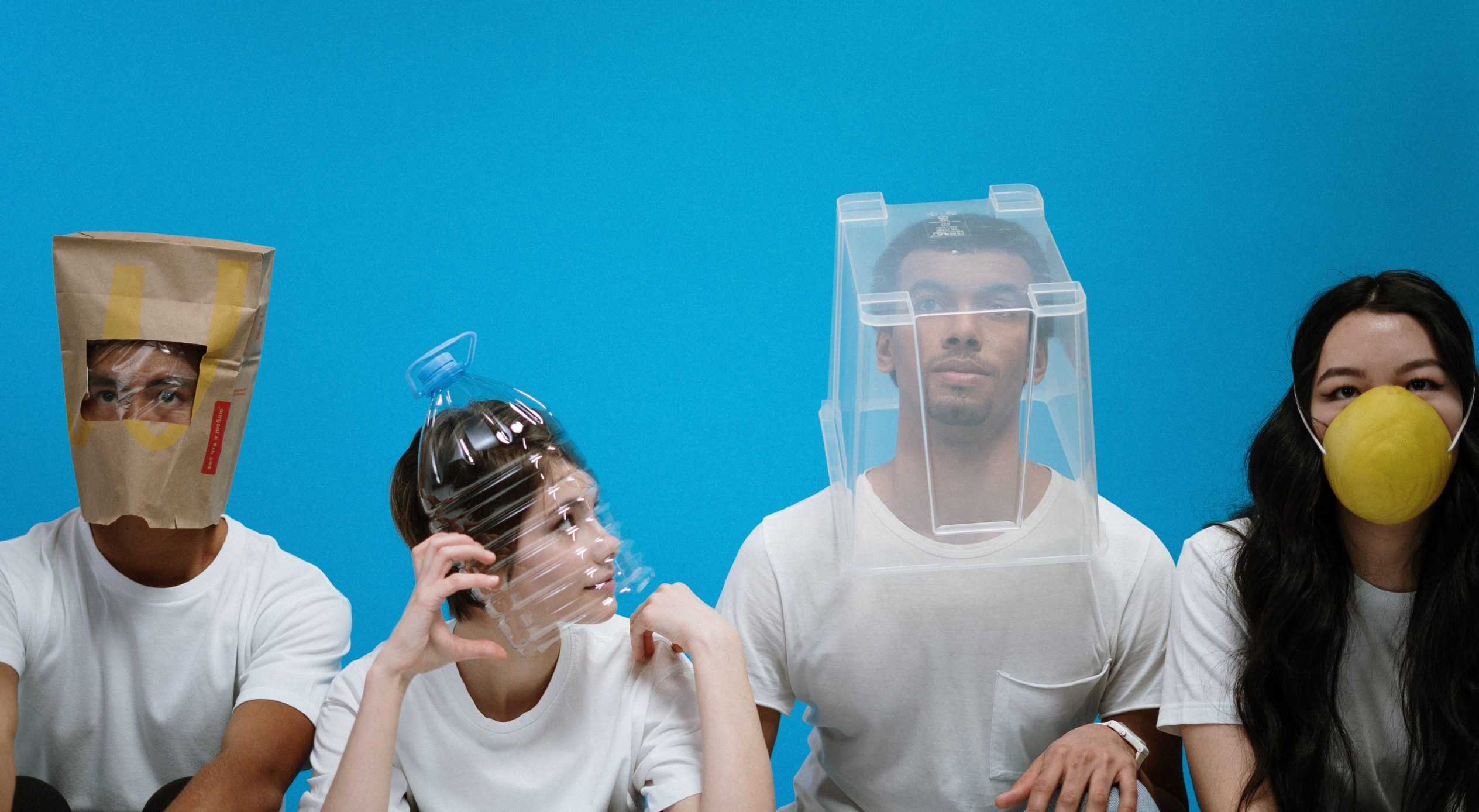 For months, the World Health Organization, World Economic Forum, International Monetary Fund, think-tanks, and talking heads have agreed that the COVID-19 pandemic is unlike any crisis that has gone before it. From an economic perspective, it has caused a supply and demand crisis that spawned a global recession.

New York Times columnist Thomas Friedman stressed that most analysts look at the COVID-19 crisis in the wrong way. “The biggest challenge [for] analysts [thinking of] the COVID-19 challenge is to look at it through the lens of the ‘natural world,’” he said during a July AmCham webinar. “That is a lens that most people are not accustomed to. They usually look at things through the lens of politics or markets or governments.”

Friedman stressed that to navigate the crisis, governments and companies must prioritize adaptability. Though, it will likely end up being a game of trial and error as he noted no one alive has seen a genuinely global pandemic. “The adaptation strategy in the face of a pandemic is all built on a trade-off,” said Friedman. That trade-off manifests as a “sustainable strategy for lives and livelihoods. How do we save the most lives and jobs?”

The global economic collapse from the COVID-19 pandemic comes after decades of economic development and “greasing” of global connections to make supply chains faster and operations more efficient. “What we are witnessing today is because of three things that have converged,” he said: globalization, ruthless efficiency, and excessive consumption.

“Globalization has gotten deeper, faster, cheaper than ever before,” he said. “Who knew that between December and March there were 3,200 direct flights from China to the U.S. delivering three-quarters of a million people. From Wuhan, there were 50 direct flights, and most Americans never heard of it before.” That has resulted in supply chains given no slack to ensure product delivery, usually from China to the rest of the world, as fast as possible.

The second trend was global companies trying to maximize efficiency to cut costs. “Just-in-Time Inventory,” for example, reduces inventory, energy, and labor costs. “We have been taking buffers out of everything,” said Friedman, also citing global trading in financial markets where computers focus on profits rather than ensuring a hedged position in case of an unforeseen disaster.

The third factor that converged to create the current economic mess is that “humans went into excess [in consumption and lifestyles],” he said. “They did like they always do.”

As a result, the World Bank in its Global Economic Prospects published in June said, “The baseline forecast envisions a 5.2 percent contraction in global GDP this year — the deepest global recession in eight decades, despite unprecedented policy support.” On the ground, that would result in a spike in unemployment. According to the International Labour Organization, 25 million people could become unemployed due to the pandemic, losing a combined income of $3.4 trillion. “This pandemic has mercilessly exposed the deep faultiness in our labor market,” said a World Bank paper in July. The OECD in May predicted that by the end of this year, unemployment among developed-economy members would be 9.4 percent, “exceeding all peaks since the Great Depression.”

Some fear the situation could get worse. “The global recession would be deeper if bringing the pandemic under control took longer than expected,” said the bank’s Economic Prospects paper. The general view in international and local media is that a vaccine might be available by the fourth quarter of 2020.

Shutting down the economy to prevent the spread of the COVID-19 virus was never going to be sustainable. However, the dilemma was a tough one. “If you try to save everyone, I will crush your economy. If you try to save the economy, I will kill so many people,” said Friedman, explaining what nature is telling humanity.

The solution revolves around reaching a balance. And despite the diversity of nations, only two effective strategies emerged to combat the spread of the COVID-19 virus.

China pioneered the first model. “It used the massive surveillance capacity that the Communist Party has developed for internal control to track, test, trace and quarantine infected people,” said Friedman. “They have done it well, even if we don’t necessarily believe their numbers.” In the meantime, the Chinese government almost entirely shut down the economy to curb the viral outbreak. In certain places, people were not allowed to leave their homes for any reason. 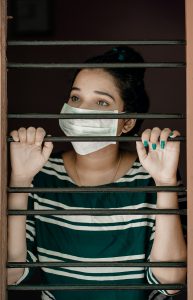 According to Johns Hopkins University’s COVID-19 tracker, new daily infections in China went from 48,256 on February 10 to just nine on July 8. Between April 1 and July 8, the Chinese reported 572 new cases and 94 percent of infected patients have recovered. “That model will remain in use until they reach herd immunity, where 60 to 70 percent of the population are immune to the virus. That can be via a vaccine or through natural exposure and development of antibodies.”

He highlighted other successful examples, such as Germany, Italy, New Zealand, and South Korea. Recovery rates range from 85 percent for Italy to 100 percent for New Zealand. Meanwhile, for nations still reporting new cases, the number of reported daily infections dropped between 90 percent for Germany and 86.5 percent in Italy.

The other model, Friedman says, has yielded positive results is in Sweden. “It focused on protecting the elderly, closing schools and universities, and asking people to social distance, wear masks and take other precautions,” he said. However, it allows those who are young and healthy to continue their lives as usual because they would likely see “mild symptoms,” he said. Sweden’s underlying premise is “COVID-19 hurts a lot of people a little, but a few people a lot,” explained Friedman.

According to Johns Hopkins University’s COVID-19 tracker, 73,858 Swedes have tested positive. However, there are no recovery stats since almost none are hospitalized. The rate of increase in new cases doubled with no spikes between March 25 and July 8. According to Friedman, however, Sweden mismanaged dealing with the elderly. “But do not declare that approach a failure yet,” he told AmCham members. “No one can say six months from now whether this is the right strategy.”

Egypt adopted a hybrid model of those approaches. At the peak of the lockdown, the government shut down entertainment and hospitality establishments. All other businesses, except factories, had to close by sundown. There also was a nighttime curfew, except for food-delivery services. On weekends and official holidays, all businesses had to close.

Having spent more than 20 years covering events that shaped the world, Friedman stressed there are always warning signs before a “pandemic” occurs. He recalled how in 1997 the Federal Reserve stepped in to prevent the collapse of hedge funds that took a combined $1 trillion in leverage. Yet, there was no subsequent action to deter businesses from taking on too much debt. “In 2008, we got the full crisis,” he said.

In 2002, the SARS virus killed 8,000 people in China. Still, governments did nothing to protect or warn against future biological crises. “In 2019, we got COVID-19,” said Friedman.

Today, he noted, the world is witnessing warning signs of climate change. “That crisis doesn’t peak. Once the environment changes, we have to live with [it] and the permanent change it brings.”

On the positive side, an OECD report noted that COVID-19 shutdowns caused emissions to fall sharply. However, “history tells us that when emissions have fallen sharply in the past, as they do after recessions, there’s often a rocketing rebound that wipes out any short-term cut in emissions,” wrote the report. “In a nutshell: We could see a long-lasting positive environmental change after the pandemic. But it’s all down to how we move on.”

Friedman is optimistic about the world’s ability to avert or minimize the effect of climate change. “At least we already have the ‘vaccine’ for that crisis,” he said. “We can always put buffers back into the system.”

“We are all facing that same global challenge,” noted Friedman. Accordingly, solutions likely will be universally developed, adopted, and implemented. “Never have the tools of innovation been distributed, cheaper, and more connected via the cloud, and never has the cost of cash been closer to zero.”

It all comes down to businesses remaining open and sustaining their profits, which means they must change how they operate. “[If you] protect your old business in the hope that a vaccine comes out, then God help you,” he told AmCham’s webinar attendees. “Because as you are doing so, a competitor is finding a solution that will [surpass] your model.”