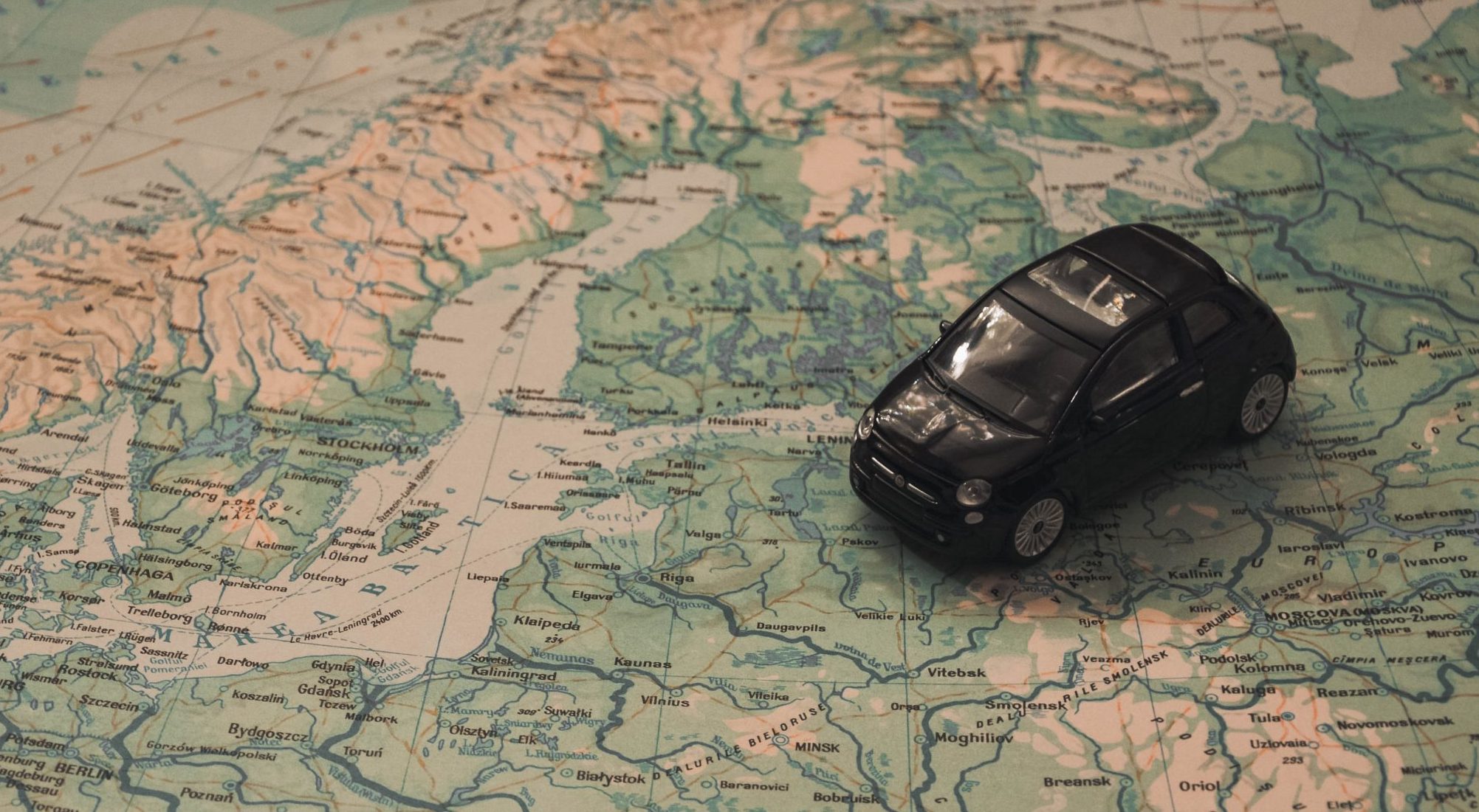 At present, however, he sees no affordable electric vehicles (EVs) available in Egypt. Bavarian Auto Group offers the BMW i3, i8 Coupe and i8 Roadster. Revolta Egypt, meanwhile, imports new and used electric cars from a range of manufacturers, but has no dedicated maintenance network for them.

“Other than BMW, it’s a nonexistent market here for now,” he says. “EVs are the future, but I’m not going to waste my time importing a car and burden myself with all the red tape involved.”

Some estimates say electric vehicles could comprise 15 percent of global auto sales by 2025, according to Bloomberg New Energy Finance. A January survey by Reuters estimates the industry’s EV-related spending worldwide over the next five to 10 years will total $300 billion as climate worries prompt leaders to consider phasing out petrol and diesel engines. 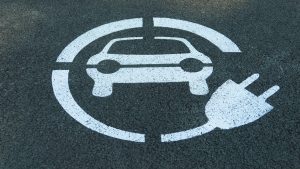 In Egypt, the government has upped its charging stations infrastructure and moved toward customs exemptions for imported electric cars from Europe. The government allowed in 2018 the import of used electric vehicles, as long as they are no more than three years old. Conventional cars, however, can only be allowed in customs if they are the current year’s model and brand new. Last month, the Ministry of Public Enterprises struck an agreement with Foton Motor of China to establish an electric vehicle factory in partnership with state-owned El Nasr Automotive. (See page XX for more details.)

In June, the Financial Regulatory Authority (FRA) established obligatory insurance fees paid to the government every time the license of a hybrid or electric vehicle is renewed. It set the fees for electric motorbikes with a rearward storage compartment, for four-wheeled motorcycles, or taxi motorbikes at EGP 150 (about $9) annually. The insurance premiums are required for annual relicensing and can be paid in monthly installments.

For Esmat, one obvious downside of owning an electric car is how far vehicles can go between charges. With this in mind, he is following Revolta, a developer of electric charging infrastructure.

Revolta operates stations in Greater Cairo, along the Cairo-North Coast highway, in Red Sea beach towns, at Marina Resort in Alamein city, and in Port Said and Suez.

The company plans to have 300 stations by the end of next year through a partnership with Shell Egypt signed in May. Plans call for locating the stations at malls, public parking spaces, and apartment buildings.

The two-year partnership envisions more than 100 charging points at authorized retailers and distribution centers. Revolta aims for infrastructure capable of charging 10,000 vehicles a day, with an ultimate goal of stations every 100 kilometers.

Charging times at established stations can vary from one battery size to another, Zeineldin says. However, the average ranges between 45 minutes and an hour.

Zeineldin expects a big boom in Egyptians’ interest in EVs. “2020 is expected to be a revolutionary year for EVs worldwide,” he says. “With awareness rising and the ranges of new cars sold in Egypt exceeding 200 kilometers, people will be eager to buy.”

Since its launch, Revolta has worked with clients who plan to import EVs.  This year, about 300 cars will be introduced at prices ranging from EGP 270,000 to more than EGP 2 million, Zeineldin says. Among the relatively affordable models are the Hyundai Ioniq, Fiat 500e, eGolf, and Kia Sol. Their batteries can last up to 250 kilometers, Zeineldin says.  High-end Tesla models have seen the most robust demand, with prices from EGP 900,000 to EGP 2 million and ranges of 400-500 kilometers.

Zeineldin agrees. “We can follow the scheme of countries such as Jordan, the UAE, and Morocco, which have tax incentives and perks like free parking and exemption from highway tolls. Some countries even offer cash rebates for EV buyers,” he explains.  What is more important, he says, is a value-added tax (VAT) exemption, noting that if EV owners didn’t pay a 14 percent VAT, electric cars could compete with used petrol vehicles.

Customs impounded the first cargo of electric chargers for Revolta for more than two months, says Zeineldin, who adds things went more smoothly with subsequent shipments. “The electric car doesn’t have a category in Egyptian customs,” he says. “When they arrive in the country, even importers will tell us they don’t know which ministry has to certify the car.”

Mohammad El Ghazaly Harb, marketing and product manager at BMW Egypt, shares Zeineldin’s sentiments.  In a 2018 interview with Egypt Oil & Gas, he said it took BMW two years to bring its electric BMWi into the country.

Regulations are another concern for Revolta. Zeineldin acknowledges the need for government support to regulate and safeguard charging stations. Proving comprehensive EV infrastructure support is a crucial factor in persuading Egyptians to make the switch. “It is necessary to develop a network of services before launching the product in the market,” says Whitfield. 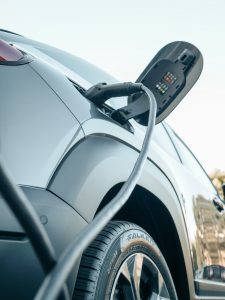 In the United States, 361,310 new electric cars were registered last year, bringing the total number to more than 1.1 million, EV analysis website, the Driven reports. Of more than 17.3 million vehicles sold in the United States In 2017, 200,000 were EVs, according to the website EVAdoption But that’s a 26 percent increase from 2016, and that growth is expected to continue, according to environmental advocates and EV industry experts.

According to a recent study by the American Automobile Association (AAA), as many as 40 million people said they would at least consider an electric vehicle for their next car. Still, Greg Brannon, AAA’s director of automotive engineering, told CNBC in May that all-electric vehicles accounted for just 5 percent of the US new car market last year.

The AAA study shows that Americans haven’t been keeping up with the rapid rate of change in the electric vehicle market, including the shift from first-generation models barely capable of getting 100 miles (160 kilometers) per charge to new versions capable of 400 miles (643 kilometers).

The AAA found that 44 percent of buyers would be willing to pay up to $4,000 more for an electric vehicle, with 23 percent willing to shell out even more.

A potential selling point is that the range of second-generation models coming to market routinely tops 200 miles (320 kilometers). Tesla offers an extended-range pack for the Model S sedan capable of 370 miles (595 kilometers).

The Nissan Leaf, which took EVs mainstream nine years ago, has gone from a range of 73 miles to more than 200 miles. To date, the company has sold 400,000 Leafs worldwide, says Whitfield.

Concerns about charging nonetheless remain significant, with six in 10 of those surveyed by AAA raising that issue for why they are unlikely to buy or are unsure about purchasing an electric vehicle. Fifty-seven percent believe electric vehicles aren’t suitable for long-distance travel.

Public charging is still limited, especially outside metropolitan areas, but companies including ChargePoint, EVgo and Electrify America aim to invest billions over the coming decade on charging infrastructure. The latest versions of high-speed Level 3 chargers are capable of delivering 20 miles of range per minute, meaning a full charge can take about 10 minutes for some vehicles.

“These vehicles are a big part of the future of transportation since self-driving cars when they do arrive will likely be electric,” says AAA’s Brannon. “The difference, of course, is that electric vehicles are already here (and) have become an even more viable option for many Americans.”

US states and cities are implementing a range of initiatives, regulations, and incentives to embrace the future of EV technology, and California is leading the charge.  Electric and plug-in hybrid vehicles are 7.8 percent of all new car sales in California, according to EVAdoption. In 2018, Gov. Jerry Brown set a goal of 5 million electric cars on the state’s roads by 2030. The $2.5 billion initiative includes 250,000 charging stations and 200 hydrogen fueling stations in California by 2025.

California also offers more rebates and incentives than any other state, according to City Lab magazine.
“A Clean Vehicle Rebate Project launched last year provides $1,500 to $2,500 to consumers who purchase light-duty zero-emission vehicles,” the magazine said.

Public infrastructure projects are in the works throughout the state. There are about 48,000 charging stations in the United States (AC Level II and DC fast chargers), with nearly a third in California, according to the US Department of Energy.

California’s Zero Emission Vehicle (ZEV) program has successfully introduced EVs to the market by requiring automakers within the state to sell a certain percentage of electric cars and trucks, according to the California Air Resources board fact sheet. The same goes for states that have adopted it: Connecticut, Maine, Maryland, Oregon, New Jersey, New York, Rhode Island, and Vermont. Those states represent about a third of the US auto market.

In 2017, Atlanta passed a landmark ordinance requiring all new residential and public parking facilities to accommodate EVs and 20 percent of spaces in new commercial and multifamily parking structures to be plug-in ready.

Meanwhile, New York State offers a $2,000 rebate on the purchase or lease of a new EV. EV sales grew 56 percent in New York from 2017 to 2018 to 46,438 by the end of last year, according to the New York State website.  Gov. Andrew Cuomo announced a $250 million EV expansion initiative called EVolve NY in partnership with the New York Power Authority. The program strives for public-private ventures through 2025 to come up with new business and ownership models, increase awareness about EVs and charging, and expand fast-charging infrastructure. New York City’s goal is 20 percent of cars sold in the city to be electric by 2025, up from less than 1 percent today. 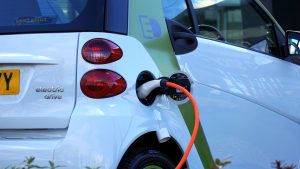 Amping up the market

Sales of electric vehicles — including plug-in hybrids — more than doubled in 2018, thanks to the Tesla Model 3. But electric cars were just 2 percent of total auto sales, up from 1.1 percent in 2017, according to the Edmunds website.

Whether electric cars can expand beyond a niche market will depend on the industry’s ability to meet consumers’ range and price demands. Consulting firm AlixPartners predicts EVs will swell to 16 -21 percent of the US market by 2030.

“The next generation of electric vehicles will have closer to 300 miles of range, which will satisfy 70 percent of consumers on the road today,” according to Investor Business Daily.

Increasingly aware consumers know the environmental impact, fueling, and maintenance costs of electric cars are lower than petrol-powered vehicles. Experts, however, caution that alone won’t be enough to make EVs ubiquitous. Regardless, more varieties of electric cars are on the way. AlixPartners estimates more than 200 EV models will be available by 2022, including 60-plus in China alone. Volkswagen plans 70 new EV models by 2028; BMW plans 12 by 2025.

Sales targets are aggressive. GM plans to sell 1 million electric vehicles a year by 2026, including trucks and SUVs. Tesla aims to build 1 million cars in 2020, while Volkswagen expects to produce 22 million. Toyota predicts electric vehicles and hybrid sales of 5.5 million by 2030.

Electric vehicles are coming to Egypt; there is a bright future for them here, says Revolta’s Zeineldin. “It might take time to build the infrastructure, but the market will push for it. It’s a supply-demand issue,” he says. “At some point in time, there will be no way to avoid it, because the manufacturer will dictate the market.” 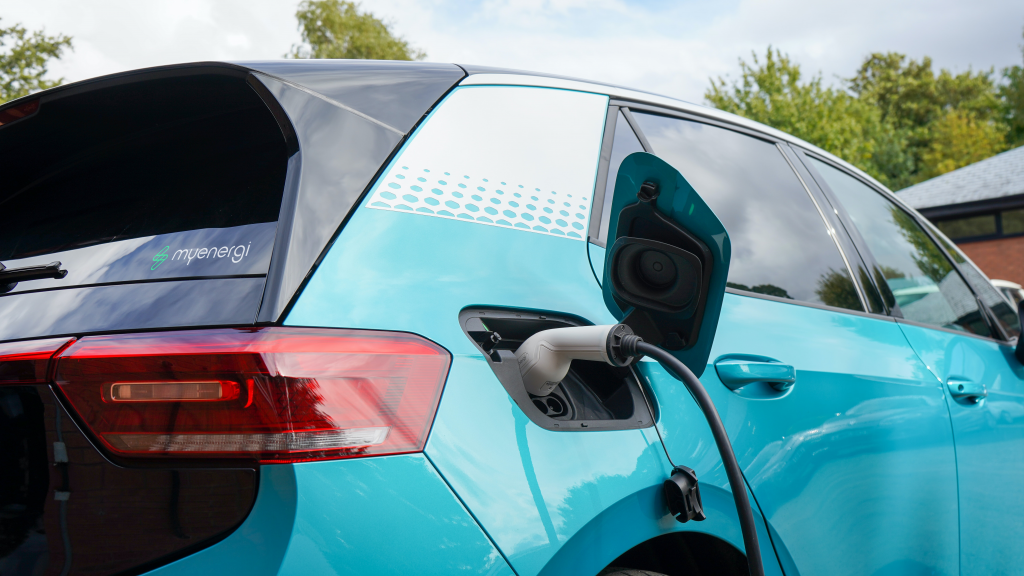 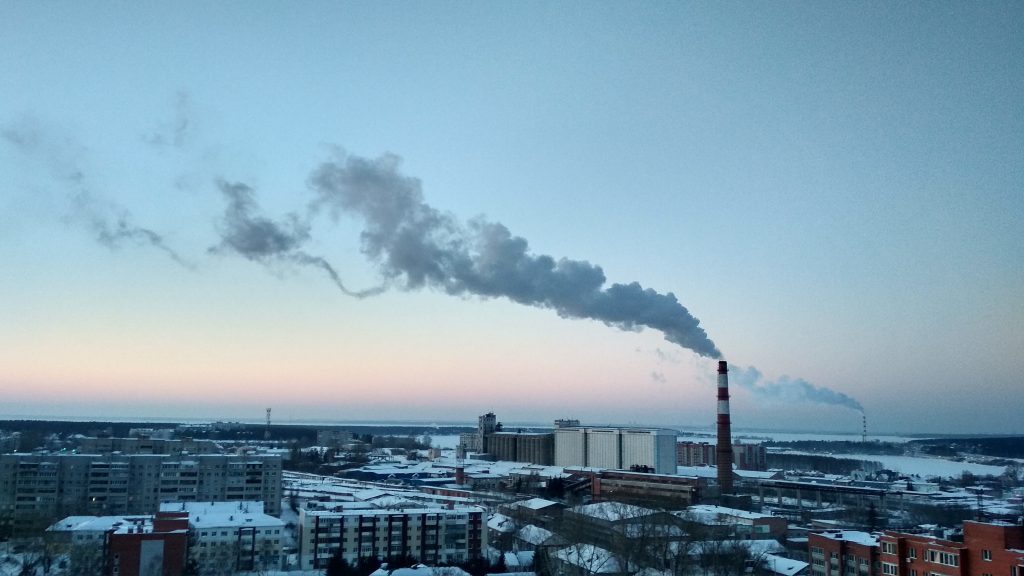