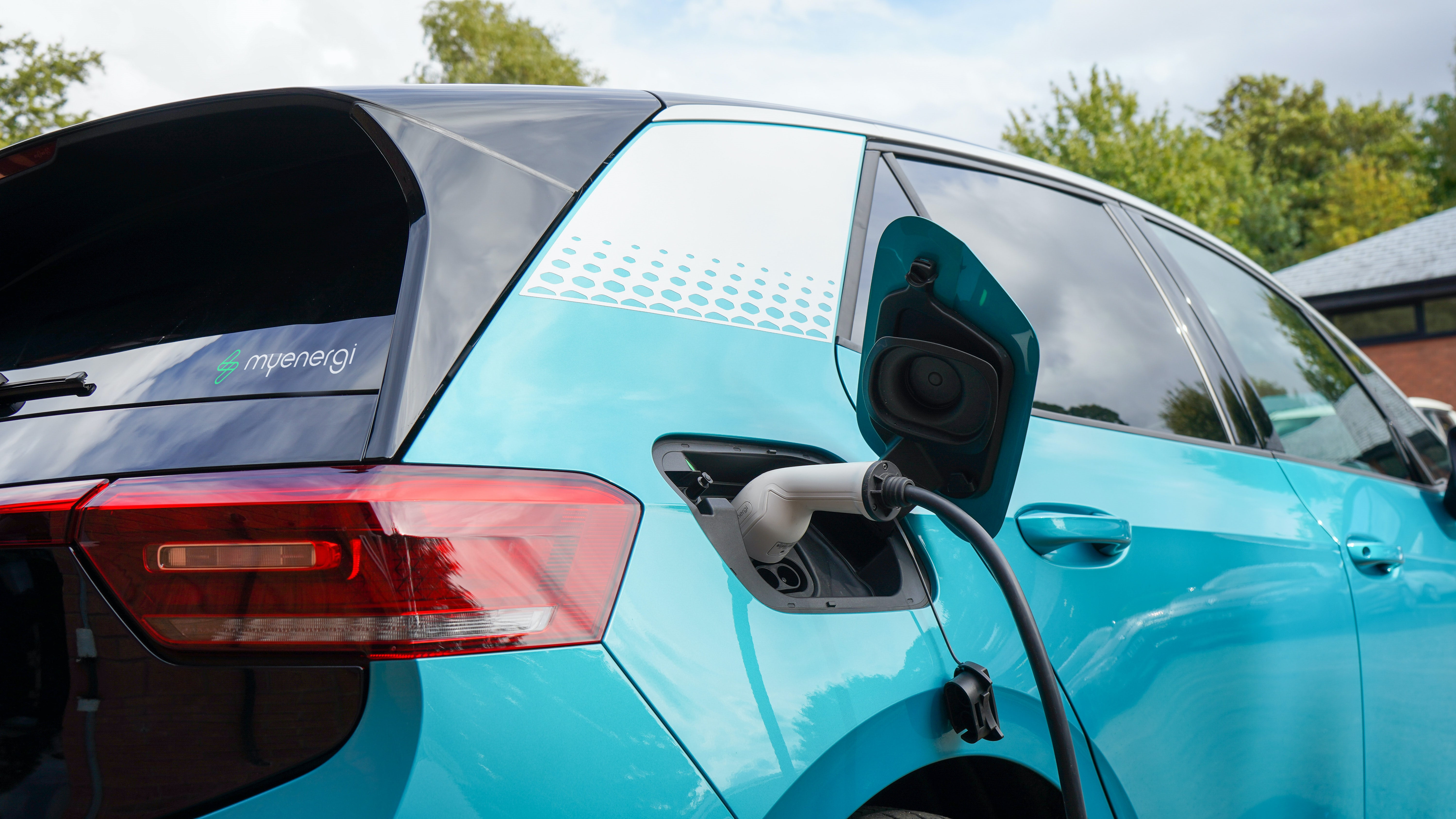 As Africa finds its way to economic growth with the world’s youngest and fastest-growing population, automobile emissions are rising fast. “Governments need to find ways to encourage a shift to cleaner, healthier electric vehicles,” Megan Rowling of Thomson Reuters Foundation wrote in a blog on the World Economic Forum in May.

Despite efforts in Egypt, South Africa, Morocco, and a handful of other African nations, the continent severely lags behind other regions in adopting electric vehicles (EVs). Europe is the largest EV market, while Asia manufactures the most EVs and parts. “Electric vehicles remain rare in most of Africa. The probability of finding one is about one in a million,” Jonathan Gaventa, a senior associate at E3G, a Mozambique-based climate think tank, told Energy Monitor in January.

That is down to several reasons, including the high cost of EVs, lack of charging stations, and unfriendly public policies that focus on cutting the prices of gasoline vehicles.

The pressure is on African governments to fully commit to EVs. “Unless there is a disruption to business as usual … emissions will increase,” noted a 2018 Oxford University research paper. Experts emphasize that most African nations can have an established EV market through innovation and an entirely different approach.

The Oxford research found Africa, with about 16.7% of the world’s population, was responsible for 2.3% of global emissions. Of that, 12% came from vehicles.

Those low emission figures are on the rise. “With populations growing, migration to cities from rural areas accelerating and the continent’s middle class expanding, demand for road transport will increase,” said the Oxford research. That was evident between 2010 and 2016, when transportation emissions grew 84%, according to a 2021 paper by Partnership on Sustainable, Low Carbon Transport, a Belgium-based lobbying platform.

It added that transportation emissions in Africa are rising faster than those in all other regions because the most popular vehicles are “often old and imported secondhand minibus taxis or two and three-wheeled vehicles.” According to reports compiled by Gaventa of E3G, the continent accounts for 40% of the global market for used vehicles.

Nigeria, Kenya, and Ethiopia are the biggest markets for such vehicles, where 80% to 90% of imported automobiles are used. 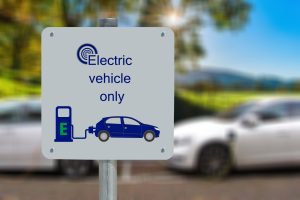 In 1996, General Motors introduced the idea of a mass-produced battery-powered vehicle. In 2010, EVs went mainstream with the Nissan LEAF. Since then, electric vehicles have followed familiar exterior designs that offer practicality powered by one or more electric motors and a large battery. Offerings now range from new luxury carmakers such as Tesla to Mercedes-Benz and Geely, among others.

The downside includes a limited range. According to the U.S. Environmental Protection Agency’s (EPA) latest survey, the Tesla Model S 100kWh has the longest range of any passenger EV at 650 kilometers (403 miles) on a single charge. About one-third of the 1,878 kilometers, the 2020 Toyota Land Cruiser Prado can travel on a tank of gas. Compared to conventional vehicles, EVs also lose range far more quickly when driven hard and use features such as air conditioning and massage seats.

EVs also are plagued by long charging times. According to the EPA, the Porsche Tycan is the fastest-charging EV at 25 kilometers for one minute using an ultra-fast charger. An average gasoline-powered family car could get the same distance from 2.5 liters of fuel that would take no more than 10 seconds to pump.

Lastly, EVs are more expensive than their petrol-powered counterparts. “About 70% of Egyptian car sales are in the EGP 200,000 ($12,737) to EGP 300,000 range, while a reliable EV is sold at just below EGP 1 million,” Khaled Saad, secretary-general of the Egyptian Association of Automobile Manufacturers, told Enterprise in June 2020.

EV batteries are by far the most expensive part of the vehicle and last about 10 years, noted Gaventa of E3G think tank. “Batteries degrade with use and gradually lose range and performance. Therefore, replacement rather than fixing is a must,” he told CleanTechnica, an advocacy group, in May.

That is part of the reason why they are a rare sight in Africa. Saad estimates that of 10 million registered vehicles in Egypt, there are 150 to 200 EVs. Meanwhile, South Africa, which experts estimate is the largest EV market on the continent, has only 1,000 EVs out of 12 million registered cars.

The affordability of such vehicles for African consumers should improve as newer battery technology makes them less expensive. However, electricity prices would likely go up with increasing demand and regulations. Nevertheless, other EV downsides will be less pronounced as batteries have more storage capacity, electric motors become more efficient, and charging gets faster.

Another central sticking point when buying EVs, particularly in Africa, is how difficult it is to charge them. They take more than eight hours from a home socket and likely require either a private garage with a power socket or a ground floor apartment to connect the vehicle. Dropping an electricity cable from several floors up might not be feasible or possible.

The other major issue is that public fast-charging stations are rare on the continent. “Insufficient charging infrastructure continues to prevent wider use,” noted Gaventa of E3G. A 2021 report by the International Bodyshop Industry Symposium, which estimates the total number of EV stations in major cities, ranked Cape Town, Cairo, São Paulo and Seoul at the bottom of the list of 89 surveyed metropolises.

Egypt is working on laws to help increase investment in charging stations. Public Business Sector Minister Hisham Tawfik noted the government wants the private sector to install 3,000 charging units by 2024. As of August, there were 48 charging stations hosting 79 connections, according to Electromaps, a specialized data-aggregating portal.

Despite the unfavorable conditions, Africa’s EV market is showing signs of life. However, it is unlike how Europe and Asia started their journeys. Africa’s status as the second most populated, second poorest, and youngest continent means businesses and government policies encourage people to buy EVs in innovative ways.

Electrification started with two- and three-wheel vehicles as they are the most popular mode of transport. “They are low-hanging fruit,” noted Rob de Jong, the U.N. Environmental Program head of sustainability. He forecasts sales of those vehicles will jump 50% by 2050, making them the fastest-growing mode of transport in Africa. “The potential leapfrog [directly into smaller vehicles bypassing the more popular passenger car option] is massive,” De Jong told the Wall Street Journal in May.

Gaventa of E3G said African EV startups are finding success by contracting with delivery companies and other businesses to use EVs before addressing private buyers. “A handful of startups in several countries are building small electric-vehicle fleets of light carriers and motorcycles — vehicles well suited for challenging roads — for taxi and delivery services,” Benoit Faucon, a Wall Street Journal analyst, said in May.

Kenya-based ARC Ride contracted UberEats to use its electric two- and three-wheel vehicles, with the CEO saying sales increased from 35 at the start of 2021 to 300 in August. Meanwhile, Rwanda-based Ampersand CEO said it has more than 7,000 requests for electric taxi bikes. Nigeria’s Novastar Ventures is on track to sell 1,000 two- and three-wheeled electric taxis by the end of the year with support from Yamaha. And South Africa’s Mellowcabs has been selling electric delivery trucks in its home market, Botswana and Namibia, with its client list including DHL.

Egypt lags behind those nations, as its EVs are imported from Europe or Korea, including Tesla, the first specialized EV-maker and one of the most expensive. But the local industry is gradually picking up speed.

In June, the government announced it would start selling the locally produced electric Nasr E70 during the first half of fiscal year (FY) 2022/2023, under license from Chinese carmaker Dongfeng Motor Corp. “The first 100 electric cars will be produced in August 2022,” Tawfik told the media. The factory’s capacity is 50,000 units a year. In July, the Military Production Ministry announced it would build 300 electric buses in FY 2021/2022 and 500 the following year.

In the meantime, the government is still offering support for imported EVs by allowing the entry of used vehicles with a 50% discount on import tax tariffs.

Having various, innovative options to charge those EVs is vital, given Africa’s regular rolling blackouts. “Many poorer areas have limited access to electricity or struggle with frequent grid outages, which would make reliable electric vehicle charging a challenge,” wrote Roland of Thomson Reuters Foundation. 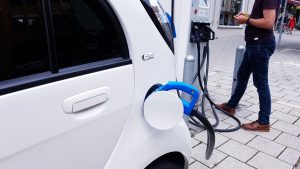 The biggest obstacle to mass adoption in Africa is a lack of financing and FDI directed to EVs and their infrastructure. It’s the classic “chicken and egg” problem, Katherine Collett, a fellow with the Oxford Martin Programme on Integrating Renewable Energy, told the World Economic Forum in May. “Nobody wants to invest in electric vehicle charging before there are enough EVs to make it profitable. But nobody wants to buy an EV that they are unable to charge,” she said.

In Egypt, the government doesn’t impose a tariff on EV charging, meaning it is unprofitable for the private sector unless linked to another profit-generating investment. It is “huge losses when providing electricity for free,” said Hamad Zain, a board member of Revolta Egypt, the first local company to import EVs and build charging stations.

Another fundamental challenge is the lack of a legal framework. Egypt doesn’t have EV licensing laws, so EV owners get temporary licenses renewed every 30 days. That is a “prominent obstacle to the spread of electric cars,” said Zain. Revolta, established in 2016, no longer sells EVs but imports and sells charging station hardware.

Most of Africa doesn’t have the vision to promote EVs. At least 17 nations around the world have announced plans to phase out new petrol-powered cars by 2040. In Africa, only Egypt has nationwide plans to end imports of fuel-powered vehicles by 2040, according to a March 2020 Survey of Global Activity to Phase Out Internal Combustion Vehicles. South Africa plans to apply the ban only in Cape Town, its largest port city, by 2030.

The significant gap between Africa and the rest of the vehicle-producing world in adopting EVs could create new problems for the continent. “There are different scenarios for how this rapid change in automotive markets in exporting countries will impact imports in Africa,” said Gaventa of E3G.

In the short term, African nations are likely to find that importing new fuel-powered cars has gotten easier and cheaper. “A fast exit from internal combustion engine vehicles in rich countries could mean a flood of redundant petrol and diesel cars being exported to Africa,” explained Gaventa. It would be essential for international car brands to clear their existing stocks to start manufacturing EVs. That would further delay Africa’s plans to reduce carbon emissions, warned a 2020 U.N. Environment Programme report.

Eventually, the continent would witness an EV trickle-down dynamic as rich-country EV owners replace their vehicles with newer models, and African nations import the cheaper used versions. “This would see a small number of used electric cars exported to Africa over the next few years, followed by far greater numbers five to 15 years after the [global] EV market takes off,” said Gaventa.

In addition to being the most expensive items on EVs, batteries will determine how feasible they are. However, they can’t be fixed, only replaced by new or lightly used ones. “African governments must understand that in the near future, aging electric batteries could quickly succumb to degradation and eventually become outdated, leading to a massive waste problem in Africa,” said the IEA 2021 Outlook report.

Eventually, electric vehicles could become a common sight on African streets as the U.N.’s Sustainable Development Goals influence the continent’s future development. Therefore, governments must strike the right balance to benefit EVs without suffering the potential downside of their mass adoption.