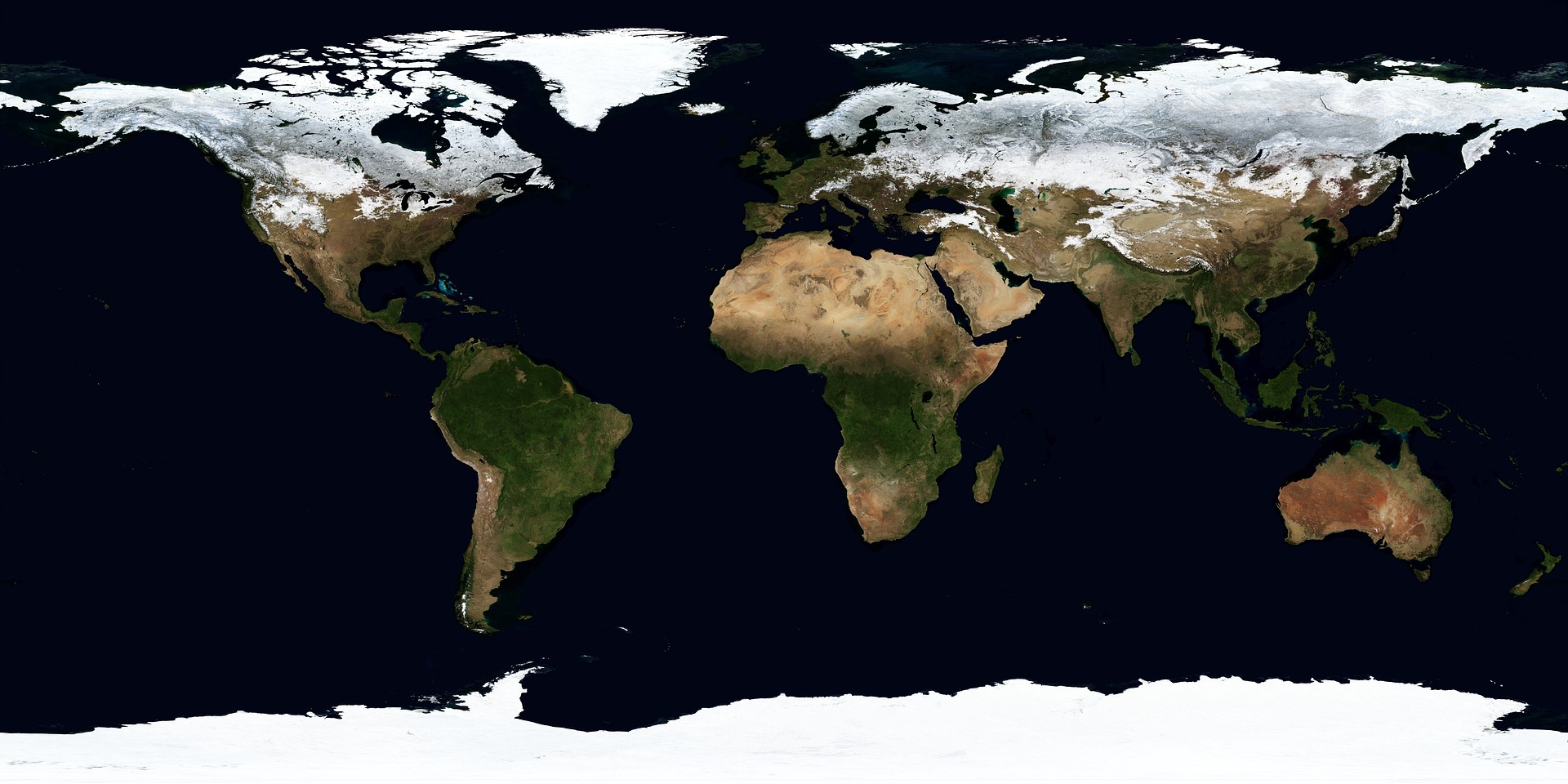 How Can Geopolitics Hamper Climate Goals At COP27?

When the 26th Conference of the Parties (COP26) wrapped up last November, countries walked away pledging reductions in carbon emissions to keep the Earth’s rise in temperature below 1.5 degrees Celsius. Even then, environmentalists criticized the pledges as “nowhere near enough,” said Fiona Harvey, environment correspondent for The Guardian. The goal became to do the best possible and “come back with more ambitious national contributions the following year when the U.N. conference would be held in Egypt,” according to Harvey.

The 1.5-degree goal is crucial, as anything beyond it would be a “tipping point … thresholds at which small changes can lead to dramatic shifts in Earth’s entire life support system,” according to the CNBC Network’s Sam Meredith.

However, as some countries now seek to replace Russian oil, an already vulnerable plan is “in peril,” said U.N. Secretary-General António Guterres. “The fallout from Russia’s war in Ukraine risks upending global food and energy markets, with major implications for the global climate agenda,” Guterres said in a March video conference with The Economist magazine. He described disregard for the climate agenda as “madness “and “mutually assured destruction.” He added: “Countries could become so consumed by the immediate fossil fuel supply gap that they neglect or knee-cap policies to cut fossil fuel use.” 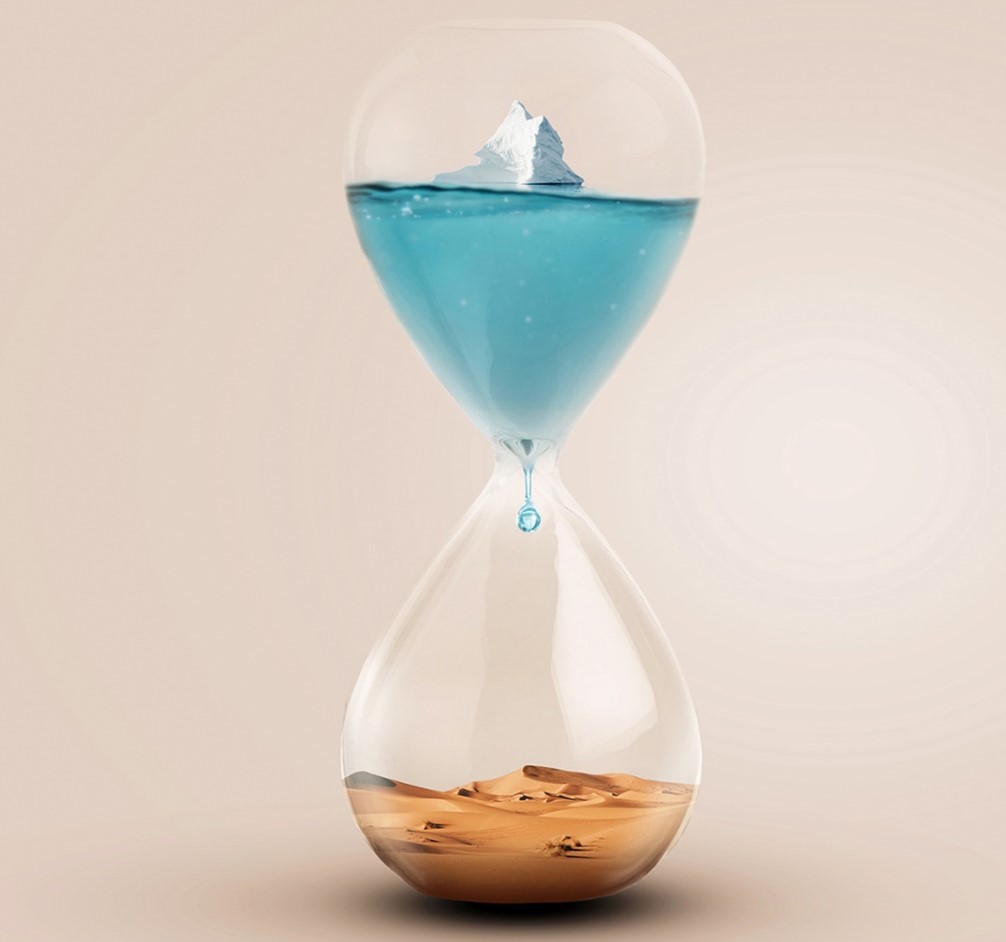 With the climate agenda, especially concerning temperature, increasingly vulnerable, the spotlight on COP27 is more significant than ever. The World Wildlife Fund wrote in a June blog that when governments meet later this year in Sharm El Sheikh, “they must redouble their efforts to achieve that goal, through progress towards net-zero emissions and increasing climate resilience.” By addressing the problem of fossil fuels and coming up with solutions, COP27 has an opportunity to set the global climate agenda back on track.

While fossil fuels make up 80% of the world’s energy, providing electricity, heat, and transportation, they are the main contributors to climate change and global warming, according to National Geographic magazine’s Christina Nunez. “When fossil fuels are burned, they release carbon dioxide and other greenhouse gasses, which in turn trap heat in our atmosphere,” she said.

During COP26 in Glasgow in November, there was significant focus on phasing out coal and ending state support for fossil fuels, according to a Human Rights Watch article by Daniel Wilkinson. He added that some of the most significant moves toward that goal include the announcement that 190 countries and organizations committed to phasing out coal over the next two decades. However, despite 23 countries committing for the first time, the world’s four top coal users — China, Japan, India, and the United States — were missing from the agreement. That is not the only watered-down promise. The final climate pact in Glasgow called for “accelerating efforts towards the phasedown of unabated coal power.” That was a last-minute demand by India to change the phrasing from “phase out” to “phasedown,” which “diminished the significance of its inclusion,” wrote Wilkinson.

Ending state support for fossil fuels was also crucial to Glasgow negotiations. COP26 made “significant progress in securing broad consensus among governments to end international public finance for fossil fuels,” wrote Wilkinson. In November, more than 20 countries, including the United Kingdom and Canada, committed to ending “direct international public finance for unabated coal, oil and gas by the end of 2022 and to prioritize clean energy finance,” noted Human Rights Watch. Since then, several European Union countries, including France, Germany, Italy, and Spain, have joined the pledge. However, addressing domestic fossil fuel use was missing from those commitments. “Governments failed to deliver similar progress on fossil fuel subsidies and other forms of domestic support,” said Wilkinson.

Despite many criticizing COP26 for not going far enough to meet the 1.5-degree goal, it was still necessary for “effective implementation” to follow, said Wilkinson. However, several sources noted that Russia’s invasion of Ukraine in February and subsequent economic sanctions against Russia by the United States and several European countries have likely hurt the follow-through.

The United States has followed through on some of its Glasgow promises by passing its largest ever climate bill, worth about $370 billion that would go toward “climate investments over the next decade,” noted Gayathri Vaidyanathan of the journal Nature. However, the United States still “owes the rest [of countries] a climate debt that needs to be paid,” said Mohamed Adow of PowerShift Africa, a coalition advocating for climate policies across Africa. However, “the Russian invasion of Ukraine might put many U.S. promises on hold,” wrote Rebecca Hersher of NPR.

She added that the war in Ukraine had affected U.S. climate policies in several ways. For example, global economic inflation “feeds opposition to major infrastructure legislation stuck in Congress,” she wrote. Additionally, sanctions on Russian oil led the United States to encourage home-based fossil fuel companies to increase production, which was the opposite of what they had planned when making their pledges in Glasgow.

However, the biggest obstacle might be mental bandwidth. “The biggest risk for U.S. climate action is just a lack of focus and attention,” said Trevor Houser, a climate analyst at U.S.-based think tank Rhodium Group. “Policymakers in any country have limited attention, and the war in Ukraine is a giant crisis that requires a lot of focus and attention.” While the “billions of dollars in military assistance to Ukraine” don’t come directly from climate initiatives, she said, it’s “distracting U.S. policymakers” from urgent action.

Arguably, the lack of mental bandwidth has affected Europe, too. In May, Meredith wrote that one of the most pressing issues for European leaders was “how to sever their dependence on Russian energy.” That month, the U.S. struck a deal with Europe to provide an additional 1.5 billion cubic meters of liquified natural gas, according to Meredith. What U.S. President Joe Biden called a “groundbreaking” deal should have “increased energy security, economic security, and national security.” While the agreement is in line with Glasgow’s goals and pledges, the 1.5-degree target is still at risk because only some commitments are being met, according to Harvey and Wilkinson.

In May, Jose Manuel Barroso, chairman of Goldman Sachs International and former president of the European Commission, called the current situation a “contradiction.” The world, he said, was conflicted over what measure to act on first: the humanitarian crisis in Ukraine or the global climate agenda.

Alejandra Lopez, a climate policy expert at Colombia-based think tank Transforma, recognizes the threat of the war but sees the climate crisis as a more pressing issue. “I don’t mean to be disrespectful. [The war] is a major crisis,” she said. “[But] even if this [war] is a very scary scenario, climate change continues to be scarier.” 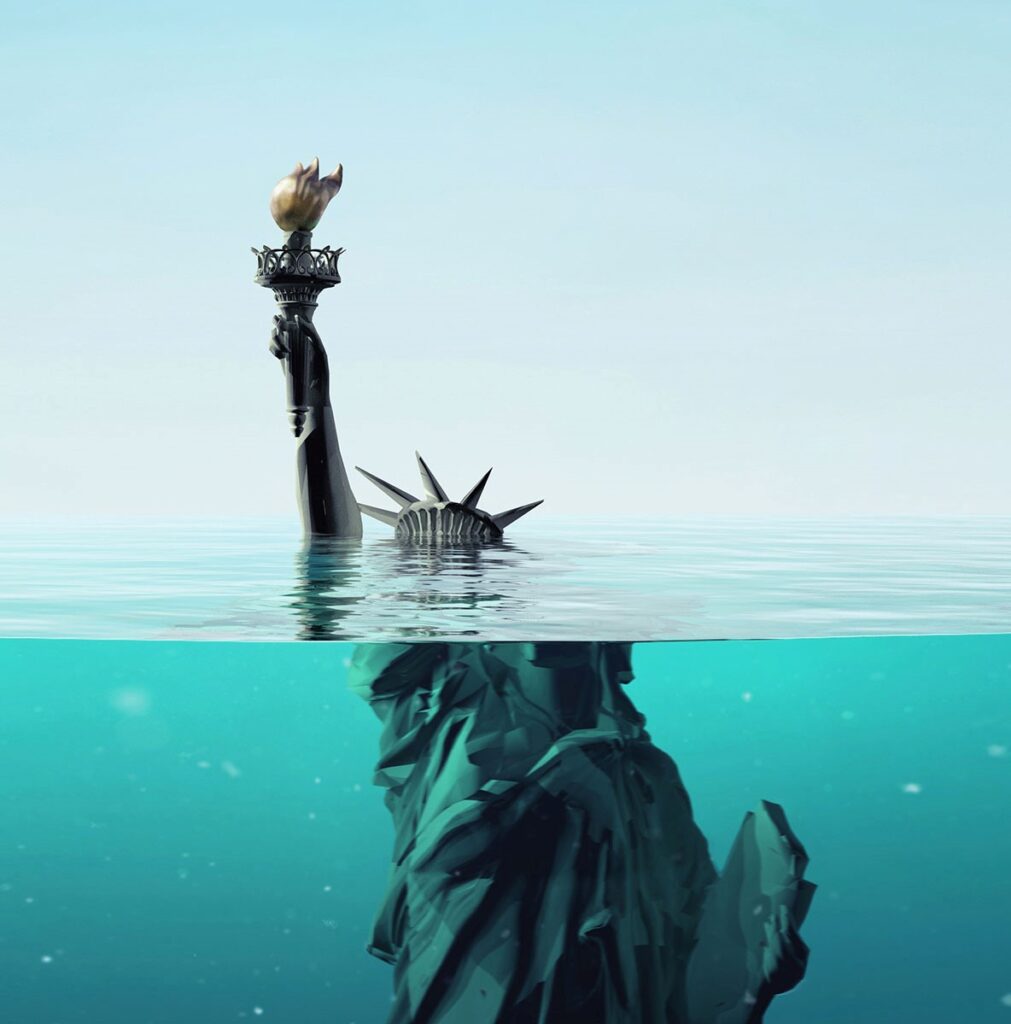 Climate change continues to have a real and dangerous impact on the Earth, as seen this summer. Floods in Pakistan in August that displaced 32 million people were linked to climate change resulting from the swelling snowmelt from the Himalayas since May said The Economist. Additionally, some European countries experienced record high temperatures, according to the New York Times’ Henry Fountain. Scientists noted that “because temperatures are on average about 1.1 degrees higher than they were in the late 19th century … extreme heat takes off from a higher starting point.”

“One of the big challenges of climate is that [climate change] is always seen by policymakers as tomorrow’s issue,” Houser said, “It’s always an issue you can come back to later.”

An even scarier threat might be “how inequitably the costs of climate change are being experienced around the world,” said The Economist. For example, despite Pakistan emitting less than 1% of global greenhouse gasses (as does Egypt), Pakistanis are “paying the price in their lives,” said the country’s finance minister, Bilawal Bhutto-Zardari.

It might be important for COP27 to address specific concerns of smaller, lower-emitting countries. Mahmoud Mohieldin, U.N. climate change high-level champion for Egypt, said that the upcoming COP27 in Sharm El Sheikh “will be a global conference with an African focus, where key African climate initiatives will be announced.” He added the conference is an opportunity to “highlight the special needs and circumstances of the African continent.” (See our Special Coverage section detailing Mohieldin’s September discussion with AmCham members on COP27.)

While an “important milestone in this decisive decade for climate action,” said Mohieldin, COP27 might be an opportunity to set things back on track for the world, especially for vulnerable countries. In a World Resource Institute blog, Preety Bhandari, Nataniel Warszawski, and Chikondi Thangata outline five key pillars that COP27 can achieve to protect such nations. They include high-quality and scaled-up finance flows, enhanced efforts to implement adaptation measures, and implementing the Paris Rulebook to hold countries and non-state actors accountable.

However, the lack of “mental bandwidth” to deal with two crises at once might still pose an obstacle ahead of COP27. When world leaders gather in November in Sharm El Sheikh with the sole purpose of discussing climate action, though, it might mean a shift in focus. Guterres said that instead of countries “hitting the brakes” on the decarbonization of the global economy in the wake of Russia’s invasion, “now is the time to put the pedal to the metal toward a renewable energy future.” 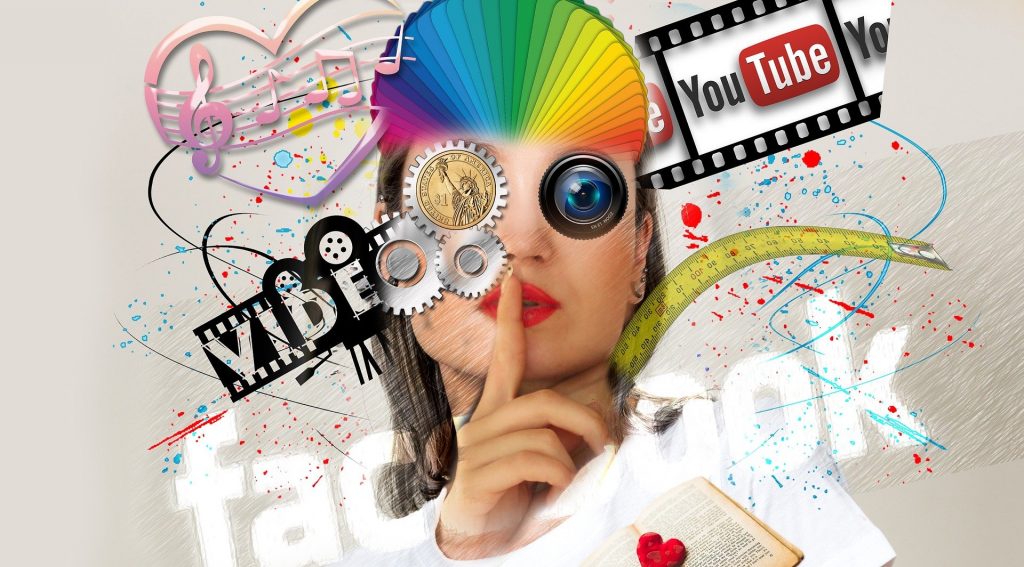 This Is Why It Is Important To Curb Agriculture Emissions