With the world’s biggest and third-biggest deserts making up nearly 90 percent of its area, the Middle East and North Africa (MENA) is the “most water-scarce region in the world,” according to a report by the European Council on Foreign Relations (ECFR). The number of people living in threatened areas accounts for nearly twice the global average of 35 percent.

Despite such grim figures, most Arab governments “continue to incentivize high levels of water use” through low prices, the report says.

Nations with conservation policies tackle the issue in different ways, making it more complicated for those that don’t. “Diversity makes it difficult for a one-solution-fits-all scenario,” says the report, citing regional variations from rich, oil-dependent nations in the Persian Gulf to industry-focused Morocco to balanced economies like Egypt’s.

The ECFR report examines five nations where water issues have shaped policies in different ways. It concludes with strategies that all MENA governments should adopt to ensure a more “water secure” future. 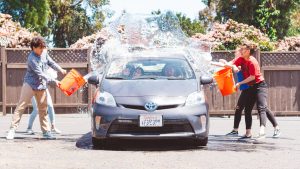 Despite the MENA region’s arid climate, 52 percent of freshwater is used by agriculture, compared to 44 percent by individuals and 3 percent by industry.

That breakdown sheds light on the most significant inefficiencies, as well as the most effective solutions. It almost entirely revolves around huge water waste due to decades-old farming techniques, coupled with a lack of social awareness about the importance of conservation. Shop owners, for example, often use potable water to hose down the street in front of their businesses.

One of the biggest threats to water security, however, is a regional population that grows by 3.7 percent a year, compared to a global rate of 2.7 percent. It is the fastest-growing region in the world, according to the latest Population Reference Bureau census.

The ECFR report emphasizes that “water scarcity” and “water security” don’t always go hand-in-hand, saying, “a place that is water-scarce can still be water-secure. Water insecurity […] means that levels of consumption exceed levels of available water, renewable or otherwise.”

Therefore, a water-rich country that uses its resource haphazardly would inevitably become water-insecure. “Being water-scarce, as many countries in the MENA region are, does not make water insecurity inevitable,” says the report.

Jordan “is the fourth most water-scarce country in the world,” noted the report. “Over the past half-century, water availability has dropped precipitously due to upstream diversions, irresponsible waste discharge and cultivation of water-intensive crops.” The ECFR also cites a leaky infrastructure, inefficient irrigation, subsidized prices and a massive influx of refugees from Palestine, Iraq and Syria.

To secure its future water supply, Jordan signed an agreement with Israel and the Palestinian Authority to build a canal connecting the Red and Dead seas. Along its route would be desalination plants and hydroelectric generators. That canal will be called the Red-Dead Canal.

The ECFR report, however, notes that reforms to reduce water consumption are a must. “At present, reforms are the price Jordan has to pay. Grand infrastructure projects alone are insufficient; domestic reforms, in the form of reduced subsidies, remain a priority.”

Egypt’s problems and the status quo are similar to those in Jordan, including a fast-growing population, subsidized water prices, inefficient infrastructure, wasteful irrigation and pollution. “The country requires investment in more effective management tools within urban centers, alongside more productive agriculture in rural areas,” says the report.

Egypt has gone to the European Union to formulate a long-term plan to ensure water security. “The European External Action Service document provides a 20-year roadmap (covering 2017-2037) that Egypt must pursue to reduce domestic consumption and mitigate the impact of water scarcity,” says the report. 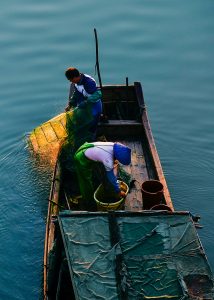 Meanwhile, Iraq, the U.A.E. and Morocco are tackling water scarcity on their own.

In Iraq, water problems revolve around a deteriorating infrastructure that once was one of the most advanced in the world. However, wars and political instability, along with ineffective government policies, have contributed to its current state of decay. “Irrigation canals and other major components of water infrastructure have deteriorated and at no point over the last two decades have any of Iraq’s dams been filled to capacity,” the report says.

Another factor is political tension with Turkey and Syria, where the Euphrates and Tigris, Iraq’s main rivers, originate. “This has dealt a significant blow to food production, electric power generation, sanitation and healthcare, and industry.” Meanwhile, further straining Iraq’s water supply are drought and unpredictable rainfall.

Water pollution is another major problem. “The United Nations has long noted that the quality of water in Iraq for drinking and agriculture fails to meet the standards of the World Health Organization or even Iraq’s own national standards,” notes the ECFR.

The U.A.E., is a textbook example of a water-scarce country that — at least for now — is water secure. As a result, residents have not embraced conservation, with the U.A.E. having “one of the highest per capita water consumption rates in the world.”

The U.A.E relies on its Water Security Strategy 2036 to satisfy demand. From a policy standpoint, the government has increased tariffs to reflect the actual cost of providing water to consumers and enhancing the efficiency of delivery systems, and it promotes investment in a network of desalination plants.

The ECFR report, however, emphasizes that desalination remains expensive, which makes water supply contingent on continuing government funding. That is a significant risk as the U.A.E. relies on oil and gas for 35 percent of its exports. “Past crises arising from drops in the oil price or other economic shocks have demonstrated the risk of such exposure,” says the report.

In the long term, the report also questions the environmental impact of discharging salt back into the Persian Gulf.

Lastly, the ECFR questions Morocco’s strategy of building dams — currently there are 140 — to collect rainwater runoff from the Atlas Mountains. “One of the most important of these, the Tensift Basin, is currently close to depletion. Droughts, unpredictable rainfall and Morocco’s vastly diverse terrain have made it difficult to collect water in a way that provides a reliable supply.”

In conclusion, the ECFR report stresses that “water diplomacy is likely to become increasingly important as are institutions that facilitate regional cooperation.” To encourage conservation, it also recommends that MENA residents should pay the actual cost of delivering water, which would allow governments to “redirect public expenditure toward more effective investments, such as less wasteful water distribution systems.”

Lastly, it pushes governments to allow private sector investment in water-related projects and infrastructure. “Public-private partnerships can play a key role in this area,” the report says.

For any strategy to work as intended, the report says, solutions must have a positive impact on all factions of society: “Without a targeted approach, such [policies] often end up disproportionately harming the disenfranchised poor and benefiting the political elite.” 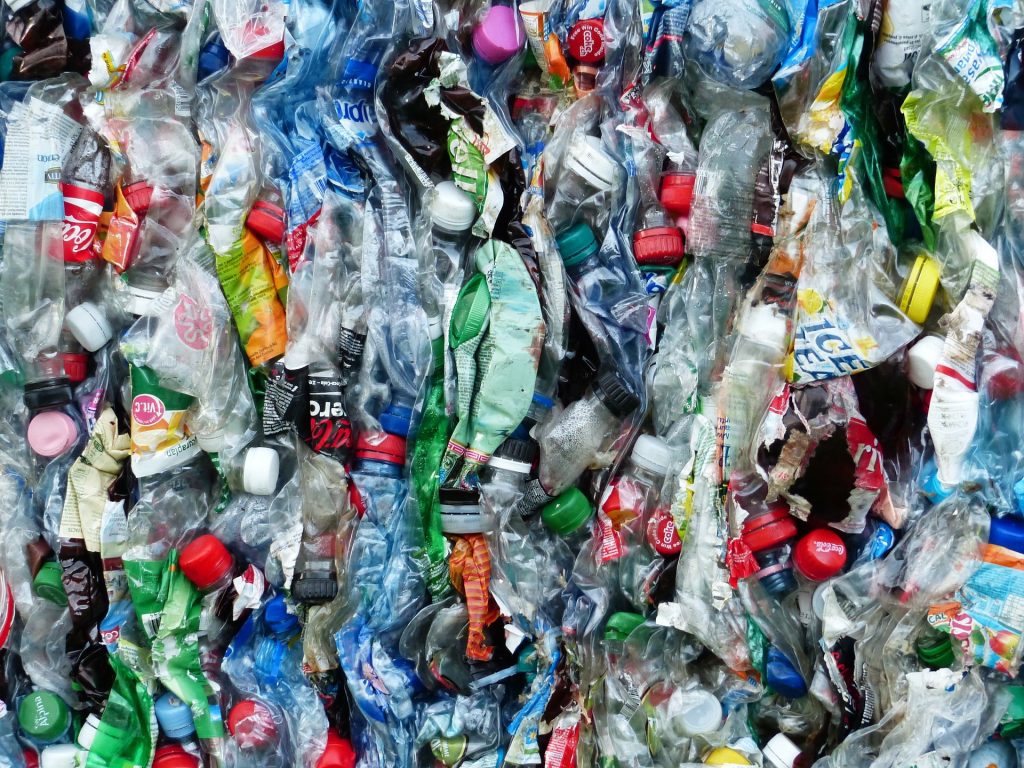 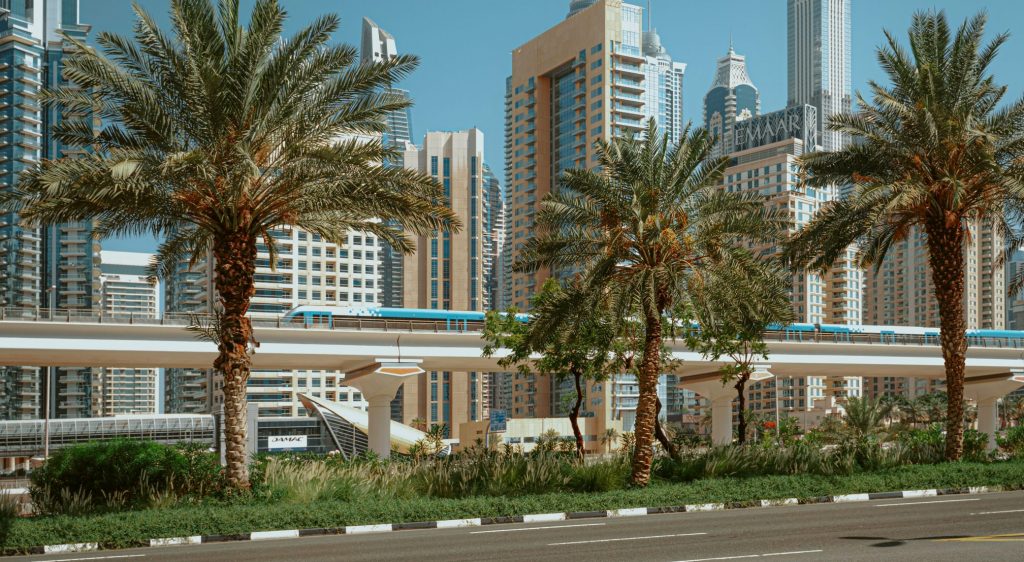