Just as Egypt attempts to put the COVID-19 pandemic behind it, Ethiopia is filling its Grand Renaissance Dam on the river that supplies 85 percent of the Nile’s water. Mohamed El Sebaei, spokesperson for the Ministry of Water Resources and Irrigation, told the media in September that Egypt depends on the Nile for 97 percent of its fresh water.

To protect farmland and Egypt’s food supply, the government and the private sector need to adopt the latest techniques and technologies to both increase agricultural productivity and reduce water use. “Today, these challenges are global issues.” said Karim Lotfi Senhadji, CEO of OCP Africa, a Moroccan fertilizer and phosphate producer, to African Business in July 2019. “We will need to double grain production to feed the global population.”

From water to agriculture

According to the United Nations, Egypt dropped below the water poverty threshold in 2012, when the annual per capita allocation of fresh water fell below 700 cubic meters. The U.N. forecasts Egypt will become “water scarce” by 2025 if the government doesn’t reduce water consumption.

That situation will likely deteriorate faster after Ethiopia started filling the Grand Renaissance Dam. Over the next 12 months, Ethiopia plans to hold 4.9 billion cubic meters (bcm) of water — 10 percent of the water arriving — to test the first set of turbines, the BBC reported. “In the dry season, the lake will recede a bit, allowing for the dam wall to be built up, and in the second year a further 13.5 bcm will be retained,” wrote the BBC’s Africa Live page reporter Damian Zane in July.

Since the current administration took office in 2015, the focus has been mainly on increasing water supply through desalination and underground sources. Arguably, the more prudent investment might be to upgrade Egypt’s agricultural processes. The International Center for Agriculture Research in Dry Areas estimates Egypt’s farming sector consumes “80 [to] 85 percent of the annual water supply.”

One reason is that Egypt uses decades-old irrigation techniques and tools, resulting in the loss of 40 percent of incoming water due to evaporation, seepage and other issues, according to a study by Science Direct. “About 15 percent of deep groundwater withdrawal is being lost either by increasing the pumping rates, unofficial withdrawal, damages in drip systems or by application of sprinkler systems in zones where drip systems are more suitable,” noted the research’s author, Mohie El-Din Omar. He also is senior technical officer at the National Water Research Center.

The presidency announced a strategy in January to improve irrigation infrastructure. The UN’s Food and Agriculture Organization estimates arable land in Egypt at 7.2 million feddans, 70 percent of which is owned by small farmers holding less than half a feddan.

The project aims to shift from flood irrigation, which farmers in Egypt have used since pharomic times, according to historical records, to drip irrigation. Cassandra Glover, a reporter for the Australian Weekly Times, noted that farmers in her country save up to 80 percent of water by using drip irrigation.

In a July press event, Minister of Agriculture Mohamed Abdel-Aty said the strategy aims to convert “older” plots to drip irrigation within 10 years. In phase one, which would last two years, the focus will be to update irrigation of arable land operated informally and therefore has the highest amount of losses; it also would include plots where evaporation is significant. “One example is Fayoum, which has 400,000 acres of arable land,” said the minister, as reported by Al Bawaba News.

Phase two will also take two years and include 1.6 million feddans of trees and greenery. The final six-year phase will focus on 4 million acres of agricultural land in the South Valley, Upper Egypt and Delta.

Entrepreneurs in Egypt have also started looking into new ways of cultivating relatively small plots using advanced irrigation such as hydroponics, where crops are grown without soil. That makes agriculture possible in non-fertile areas and uses 20 percent less water with negligible losses. Two examples are the founders of Tabi3y and ElMazr3a, which currently sell produce in high-end supermarkets such as Seoudi and Gourmet at a markup over traditionally grown fruits and vegetables. ElMazr3a also runs an online portal that sells produce grown by other entrepreneurs who use innovative water-saving cultivation methods.

The state is working to support small farms, discussing with Parliament’s SME committee options for low-interest loans as an incentive to switch to the latest cultivation technologies. “That funding would not only ensure that private farmers save water, it will also help them diversify the produce they cultivate, which is good for Egypt’s food security,” said Abdel Aty during the July press event.

Adopting those latest farming methods would open the door for local and foreign investors to start manufacturing pipes and other equipment used in such systems. Small farmers who own the majority of arable land in Egypt have never been able to afford advanced irrigation systems, let alone the right training to use them. Ashraf Kamal, an professor in the Agriculture Research Center, told Al Bawaba News in July that only two Egyptian companies produce the pipes necessary for drip irrigation.

Egypt is not alone in looking for ways to upgrade its agriculture sector. In September, the World Economic Forum (WEF) hosted a discussion on the importance of data in sustaining agriculture worldwide after COVID-19 disrupted the sector’s supply chains.

Svein Holsether, president and CEO of Yara International, an agriculture advisory firm, noted that agriculture worldwide is in the “middle of the fourth revolution. Everything now is driven by data and technology.” Yet information generated from the current stream of data remains limited. “Our research shows [farmers] make 300 work-related decisions a year, and they have limited information when doing it,” said Holsether. He pointed out there must be a comprehensive, up-to-date, shared database with detailed metrics about “crops, land and water supply. Only large agriculture establishments have that information and, in some cases, not all of it.”

Governments need to create that data-driven ecosystem and unify private sector efforts and investment. “The biggest benefit for governments is this data allows them to set the right plans to support individual small farmers,” Philip Thigo, an adviser to the Kenyan government, said during the WEF session. “We must also look at the data value chain and how it moves upstream and downstream, all the way to educating the farmer on how to use the available data.”

According to Ishmael Sunga, CEO of the Southern African Confederation of Agricultural Unions, one of the first problems any government must tackle is to consolidate existing information into one accessible system. “The problem [that COVID-19 exacerbated] is that the data system is fragmented,” he said. “No one is looking at the whole picture. Some [data] is contradicting, while other data isn’t verifiable.”

One example of data collection is moisture sensors that allow farmers to know the soil’s condition in real time. Accordingly, an inhouse or cloud-based system could regulate when sprinklers operate and how much water they use. Geoffrey Carr, a California-based almond farmer, told The Economist Intelligence Unit (EIU) that this technique uses 20 percent less water than irrigating the entire field once a week.

Securing sufficient data would allow governments and private investors to significantly change how a farm operates. “Farms … [become] like factories: tightly controlled operations for turning out reliable products, immune as far as possible from the vagaries of nature,” noted EIU.

Barrie Dowsett, CEO of Ireland-based Myriad Associates, an agriculture R&D company, wrote in a January blog that farms across Europe have started to use drones for pollination in areas where bees are scarce. “Other ways agriculture is starting to use drones include automated harvesting, aerial photography and even potentially in the future for delivery,” he wrote.

Some farmers also use GPS-guided driverless vehicles to assist in the cultivation and harvest seasons. “This innovative technological step will allow farmers to automate their existing equipment … to maximize its capacity and efficiency,” noted Dowsett.

Another outcome from possessing detailed data from the soil, crops and fertilizers is genetically modifying seedlings to use less water while increasing yield based on where they are cultivated. “Understanding a crop’s DNA sequence … means that breeding … can be made more precise. You do not need to grow a plant to maturity to figure out whether it will have the characteristics you want,” said the EIU report.

Compact irrigation solutions that use as little water as possible to grow high-yield crops allows for smaller farms. That opens the door for investors to create urban farms. Also known as vertical farms, they are confined to tall buildings in urban areas. “Despite their relatively small size, yields from vertical farming can be 10 times more efficient than traditional agriculture,” said Dowsett of Myriad Associates. “Although vertical farming doesn’t promise to turn the way we farm on its head, it can make huge strides in efficient, productive [traditional] farming methods.”

One key technology that will allow farmers to digitize their operations is artificial intelligence, noted Dowsett. “A new AI system that uses a combination of voice recognition, machine vision and temperature sensors, for example, is now being tested to keep track of the health, well being and location of some farm animals. Other cases of AI use include highly advanced disease detection in crops using a number of similar techniques,” he wrote on his company’s website in January.

Farmers already use blockchain to trace crop movement in the supply chain. “The true benefit of this for larger operations, in particular, is [having] a secure, highly accurate ledger where nothing ever goes missing in transit. All crops that belong to a specific farmer can be traced in real time,” said Dowsett. “Blockchain also can be used for resource management, like tracking other sensors and equipment, or maintaining machinery records.” 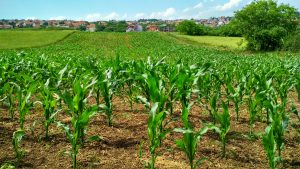 The government and local investors can start the agriculture sector’s overhaul by accessing the EU-funded agriculture innovation database called FERTINNOWA, established in 2017. The project aims to “create a knowledge base on innovative technologies and practices for [cultivation],” its blurb reads. “Through the project, we wanted to map the problems faced and the answers available, and then to exchange information and solutions,” Els Berckmoes, project coordinator of the Research Centre for Vegetable Production in Belgium, told EUROPA: Research Information Centre.

Utilizing the innovative solutions in that database correctly, farmers can “use limited water resources more sustainably, while reducing… nutrient losses to the environment,” noted FERTINNOWA’s blurb.

EIU said that in the short term, “these improvements will boost farmers’ profits, by cutting costs and increasing yields, and should also benefit consumers … in the form of lower prices.” In the long term, it would allow for large-scale soilless cultivation of food.

Egypt still has a mountain to climb to upgrade its aging agriculture system to international standards. It is therefore essential to introduce effective incentives and initiatives to ensure that transformation happens quickly amid rising concerns over water security. “Resolving challenges of the future requires a thorough reconsideration of how water is managed in the agriculture sector,” according to the intelligence unit, ”and how it can be repositioned in the broad context of overall water resources management and water security.” 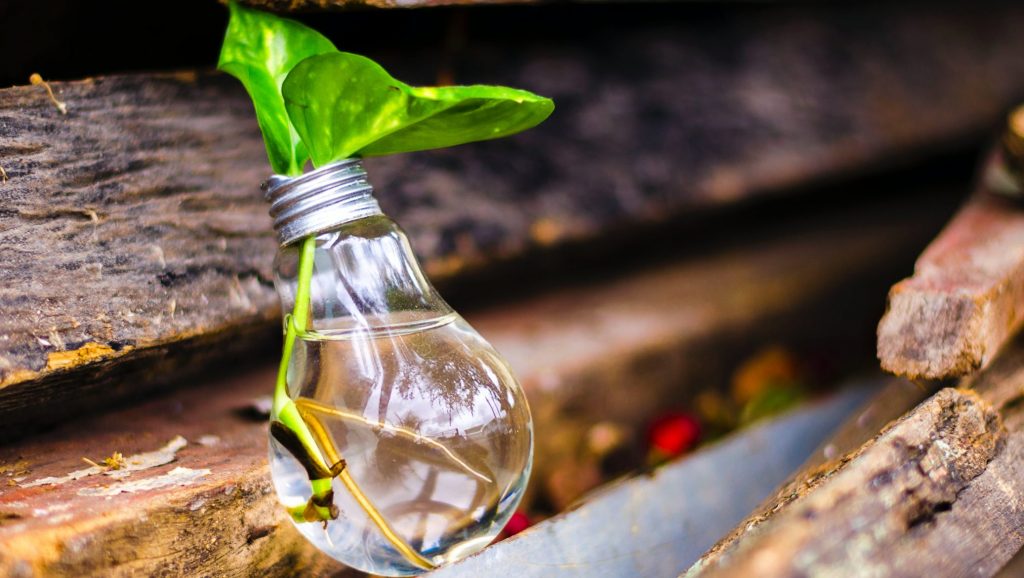 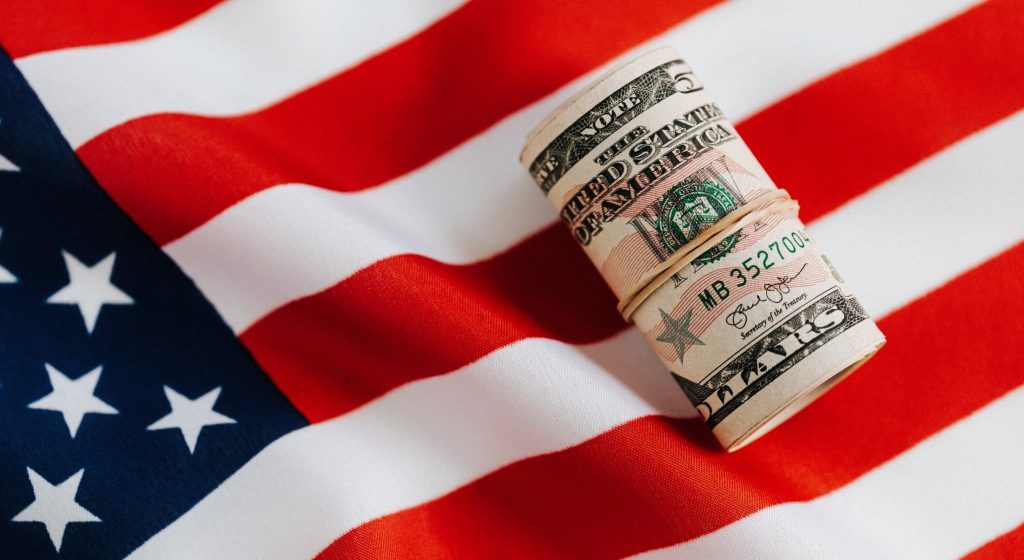 Trading in Globalization for Protectionism