As companies come to grips with how their business would run under constant threats from COVID-19 variants, they need to create new robust foundations that allow them to thrive amid uncertainty. “The next pandemic might come along even before COVID-19 wanes, we don’t know,” Chun Byung-Chul, from Korea University in Seoul, told The Korea Herald in March. “What we do know is that there is going to be another one.”

Such uncertainty is creating new problems for companies worldwide, especially those operating in countries with an infection resurgence after they reopened. “It’s a rolling uncertainty at this point,” said Paul Levy, president and CEO of the Center City District, to the Philadelphia Inquirer in August. “A month ago, we could see the recovery right ahead of us. The optimism was palpable.”

nsultancy firm McKinsey & Co. published a paper in August highlighting three fundamental changes that decision-makers in any organization need to undertake. “The subsequent move to hybrid working models has accelerated the need for new workforce skills,” said Jutta Bodem, the report’s author and a consultant for McKinsey in Germany. “Fifty-eight percent of respondents to our recent global survey said that closing skills gaps had become a higher priority since the pandemic began.”

Working from home for most of the past 15 months has altered employees’ perceptions about the importance of going to the office and how technology might change their work-life balance. “Many found increased flexibility and productivity by working remotely and don’t want to return to the office,” Eva Majercsik, chief people officer at Genesys, which provides cloud and contact center solutions, wrote in Forbes in August. “Others realized they thrive with face-to-face collaboration in the office without the distractions they may encounter at home. Many hope for the best of both worlds.”

That forced employers to redefine some of their core policies. The most prominent is that the “workplace model is not defined by a physical footprint,” said Majercsik. That allows employees some freedom to choose how, where and when they work. According to Prudential, a research firm operating in the United States, Asia, Europe and Latin America, most employees prefer to alternate between home and an office. “They can visit the office a few days a week for face-to-face collaboration and work remotely the rest of the time for focus and flexibility,” explained Majercsik.

Other employees changed their lives, either by choice or because they were laid off. “This has been sort of an awakening moment for people,” Chris Porter, chief demographer at John Burns Real Estate Consulting in California, told the Wall Street Journal in June. “After what we went through last year, I think there might be a resetting of priorities.”

According to a PricewaterhouseCoopers (PwC) survey published in August, 65% said they are looking for new jobs. That is nearly double the percentage in a May survey. Their top priorities were a better salary, expanded benefits and more workplace flexibility, according to PwC’s findings.

Many successfully left. In August, Neil Dhar, chief clients officer at PwC, told CNBC that 88% of surveyed executives were seeing higher than usual turnover. That creates new problems for companies that must replace those departing. According to the U.S. Bureau of Labor Statistics, job openings reached an unprecedented 9.3 million at the end of April. “The economic data is fairly clear: employers are getting desperate for workers in the United States,” Tom Spiggle, founder of Spiggle Law Firm, wrote in July in Forbes.

That comes although more than 9.5 million Americans were looking for work. However, with governments offering financial support to ensure decent GDP growth rates over the past 18 months, job seekers are in no rush to agree to undesirable terms.

In August, a Morgan Stanley report introduced a new complication: Many of those who left jobs relocated to smaller cities, but their jobs didn’t. Ben Winick, an economy reporter for Business Insider, coined the term “exurbs” to describe that phenomenon. “Untethered from the office, [employees] set out in search of more space and cheaper living costs,” wrote Rachel Feintzeigin, a Wall Street Journal columnist in June. “Some landed closer to relatives or somewhere they always wanted to be. Now that they’re there, it might be hard to get them to leave.”

According to research firm Challenger, Gray and Christmas, the percentage of job seekers relocating for work fell from 5.7% in 2019 to 4.2% during the first quarter of 2021.

However, Art Bilger, founder and CEO of the nonprofit WorkingNation, also believes companies are unsatisfied with the pool of candidates. “Even before the pandemic … employers were sounding the alarm that jobseekers with key skills were in noticeably short supply,” he told Forbes in July. “Employers embraced new ways to continue serving their customers [relying on technology] and more heavily on workers with strong technical and digital skills. What was expected … over the next 10 to 20 years has … happened in just a few months.” 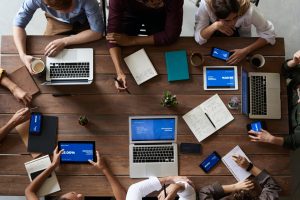 Moving forward, attracting and retaining top talent will be more vital than ever. That is why company decision-makers are shifting their priorities when looking for potential candidates and developing their existing workforce. “The challenges will only grow,” wrote Bodem of McKinsey. “We estimate that demand for social and emotional skills (ones that machines can’t master) will increase 25% … over the next decade, compared to a previously expected rise of 18%.”

According to McKinsey’s August paper, the top three skill sets companies want are “leadership and managing others,” “critical thinking,” and “project management.” Meanwhile, the three skills that gained importance from 2019 to 2020 were “interpersonal skills and empathy,” followed by “basic digital skills” and “project management.” Skills whose importance remains unchanged relate to IT and advanced data analytics.

As with most attempts to solve problems, the first step is identifying where an organization stands in terms of its worker skills pool. That requires creating an “inventory of [underlying] skills [rather than just job titles] across the organization,” noted Bodem. “The inventory [would be] validated by a combination of human managers and [artificial intelligence], which allows for an ‘apples-to-apples’ comparison of people’s resume inputs as well as their professional experience and accomplishments.”

The McKinsey report stressed that updating and adding details to this skills database needs to be ongoing. It is “part of a commitment to a new approach — one grounded in the principle of linking talent to a clearly defined value agenda,” said the document.

The output from that exercise is that companies will identify their current workforce skills weaknesses and design their hiring strategy to overcome existing or expected shortages.

The second step for companies is to create a permanent “skills hub” that uses findings from the “skills inventory” database to develop training to address mismatches between supply and demand and retool employees destined for role changes. A company’s “head of talent” would lead such a department.

According to the McKinsey paper, a “skills hub” business unit is most effective in industries where technology threatens jobs that humans are currently doing. “Senior executives had feared they would have to resort to widespread layoffs … but the hub ultimately redeployed or reskilled nearly everyone in the pilot units,” wrote Bodem. That makes financial sense, as earlier McKinsey research showed that “hiring new workers can be more than twice as expensive as upskilling and reskilling employees.”

The third step companies need to take to protect their skilled labor force and attract the skills they need is to “take an ecosystem view,” noted Bodem. She cited U.A.E.-based Majid Al Futtaim, which retrained thousands of employees in their cinema business to work in their grocery operations, as the former declined and latter boomed due to lockdowns since March 2020.

That “ecosystem” goes beyond single conglomerates. For example, in the United States, the HR company Eightfold.ai worked with the Food Industry Association to create a “talent exchange to help furloughed and laid-off workers [secure] open jobs in other member companies,” said Bodem. That exchange program also offered training financed by members. There is a similar setup with the European Round Table for Industry, which operates in Portugal, Spain and Sweden. It is currently working with AstraZeneca, Iberdrola, Nestle, SAP, Sonae, and Volvo Group to replace redundant employees with new hires to bridge their internal skills gaps.

The biggest challenge for companies implementing McKinsey’s recommendations is likely senior executives’ reluctance to “question old assumptions,” wrote Bodem. “Legacy approaches are likely to be too slow, too incremental or too difficult to scale given the challenges ahead.”

The report noted that employees often are more energized by skills development than senior executives give them credit for. Additionally, top management must also revisit assumptions about employees’ wants and capabilities.

The McKinsey report cited a case study of a “mid-size European bank” whose management embraced the need to change their mindsets and created a skills inventory and skills hub to retain and develop employees. Its first action was a reskilling pilot program for tellers, despite senior executives’ doubts. “Leaders worried that tellers would be unmotivated by the company’s reskilling program or resent it,” noted Bodem. “But rather than balk at the changes, the tellers embraced them, and the bank ultimately created three distinct career paths for the tellers.” Now that program is scaled across the entire organization, noted the McKinsey report.

Companies should start to look at such novel approaches to sustain their operations, as Bodem asserts those are “nascent principles drawn from best practices.” There will be an initial trial-and-error phase before companies reach their goal of “preparing their people for a future where new and evolving skills and ways of work are a given, and where an embrace of continuous learning is the key relevancy in the workplace.”