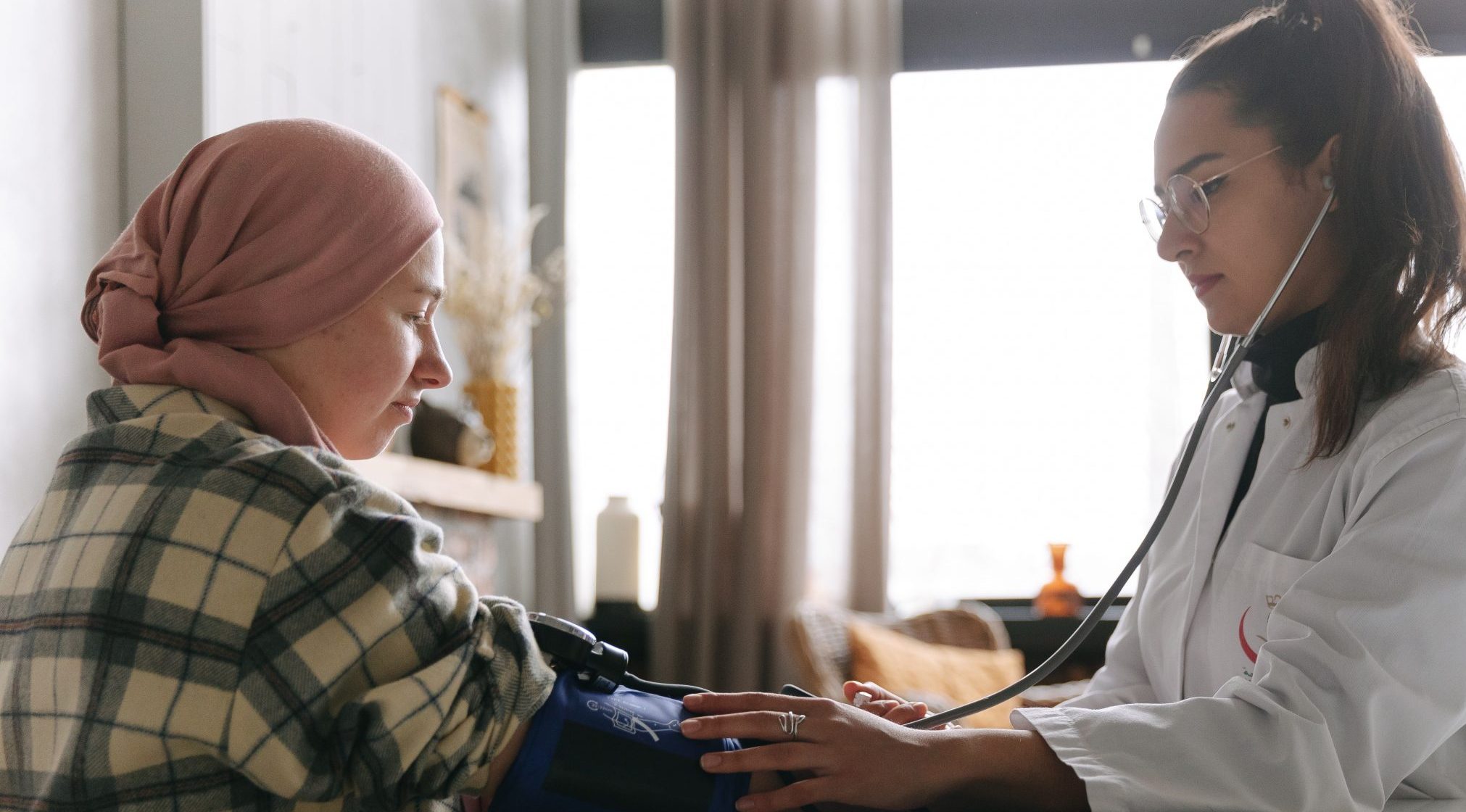 In Africa, healthcare statistics generally paint a grim picture. According to Mathieux Lamieux, a healthcare consultant who has worked with 22 African governments, the continent carries 24 percent of the global disease burden and 54 percent of its infectious diseases. Yet, it accounts for 14 percent of the world’s population and 2 percent of the physicians, he said in a TED talk.

According to the World Economic Forum (WEF), “It would take 300 years and 10 times the expenditure of a typical African economy to have the same access to doctors per capita as developed economies.”

However, one advantage of African governments building healthcare systems is they start from a blank slate. As a result, they can use the latest technology and innovative concepts to solve problems. The WEF noted that using those advanced solutions would help African nations to overcome challenges that already exist in developed economies, such as coverage and affordability.

On the flip side, a primary factor hindering healthcare in Africa is that their pockets of innovative healthcare solutions are not linked, and therefore not scalable. “They need to tackle critical mass,” said Lamieux, by boosting supply to meet demand, developing quality services while maintaining affordability, and embracing supportive policy. 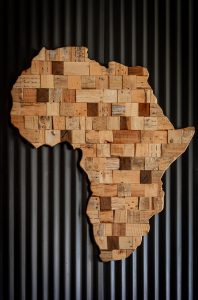 The WEF pointed out Africa’s healthcare problems revolve around inaccessibility. In poor rural areas, clinics are not within walking distance, while public transportation is severely lacking. And even if there is a medical facility nearby, they are usually “poorly equipped and not reliably staffed,” noted the WEF.

Francois Botha, the founder of Simple Consulting, an international firm in South Africa, wrote in Forbes that “massive socio-economic problems in Africa and poor governance have definitely not helped the situation.”

The continent struggled with 10 of the world’s 28 plagues that infected the world during the past 20 years. Those outbreaks included; swine flu, Zika virus, a strand of coronavirus and Ebola. “The African continent has certainly faced its fair share of challenges in recent decades,” wrote Botha.

However, the continent has overcome those outbreaks. “Africa has had a lot of great progress in healthcare over the past 20 years,” said Lamieux. Those improvements are not just in terms of increasing capacity, whether in medical personnel or physical resources. They also include government policy changes. Lamieux recalled during his TED talk that until 1998, the Tanzanian government didn’t even classify HIV/AIDS as a disease. “Officially, people died from ‘opportunistic infections,’ caused by the presence of AIDS,” he said. “Today it is classified as a disease, with 500,000 Tanzanians being treated.”

So far, the continent has been the least impacted globally, with 81,521 confirmed cases as of May 25. According to the John Hopkins University COVID-19 tracker tool, of Africa’s 54 nations, only Egypt and South Africa have more than 10,000 cases, while 14 had more than 1,000.

Last month, an article in The Economist noted one reason for the low infection numbers is a lack of testing and tracking. However, the story stressed that data from the World Health Organization (WHO) suggests the infection rate is much lower than the rest of the world: “Over the past month, reported cases have doubled every two weeks. Until recently, American cases were doubling every three days.”

Berhanu Nega, an Ethiopian opposition leader talking to The Economist, noted that people would know if a government reports incorrect numbers in this age of technology. “In a society like ours, there’s simply no way this could be kept a secret,” he said, referring to Mauritius, Namibia and Seychelles not reporting any new cases for two weeks. Ethiopia, Rwanda and Uganda have reported fewer than 700 new cases among them during that time, or less than 1 percent of total testing.

There also have been no reports of surges. In Egypt, for instance, the rate of growth of confirmed cases was between 3.3 percent to 5.6 percent between April 24 and May 25, as compiled from the Ministry of Health during that time frame.

Starting in June, many African nations will lift lockdowns, fearing an economic collapse from shutting down businesses and preventing people from leaving their homes. In South Africa, the continent’s most infected country, the IHS Markit Purchasers Manager Index (PMI) declined to 35.1 points in April compared to 44.5 a month earlier, as reported by Trading Economics. A score of 50 points or higher indicates a growing number of orders. Egypt dropped from 44.2 to 29.5 during the same time. The story is similar in other major African economies, including Nigeria, whose PMI declined from 53.8 to 37.1.

As a result, African nations will depend heavily on the small pockets of innovation they have built over the years in their health systems to keep COVID-19 in check as economies reboot.

Healthcare innovation in Africa doesn’t only mean having the latest medical equipment and a world-class teaching hospital and university, said Lamieux, adding “that is what ministers always think about when taking office.”

Instead, innovation comes from finding inexpensive ways to overcome problems that conventionally might require billions of dollars to resolve. “The weakness and lack of insight from governments has… opened the door for companies [to work with states] to gain access to fertile [investment] environments,” wrote Botha. Innovators are “unburdened by regulation and … populations are highly receptive to an improvement in their standard of living.”

For instance, South Africa has used drones to increase awareness about COVID-19 in rural, poor and inaccessible areas. “We are able to access all people. A drone when it hovers above the communities, it fascinates, it intrigues people,” Maripe Mangena, mayor of Greater Tzaneen Municipality, told Voice of America (VOA) in April. The municipality is the first in South Africa to use this tech. “People want to listen. People want to hear the message.”

The government also uses those drones to monitor activity in COVID-19 hotspots. To date, Greater Tzaneen Municipality has the lowest rate of infections, as reported by Marize de Klerk, a contributor at VOA.

Meanwhile, Ghana utilizes an updated version of its District Health Information Systems (DHIMS2), a “comprehensive web-based health management information solution for reporting and analyzing the needs of health facilities at all levels.” The system links Ghana’s 170 districts to a central database with real-time updates and is accessible to anyone working in Ghana’s health services.

Ghana also employs a Mobile Technology for Community Health (MOTECH) system. It uses mobile phones to remotely link informal medical service providers, physicians, and nurses to central medical facilities. The app also allows medical professionals to record which medicines they give to every patient and upload medical files to the central database. “A key innovation of MOTECH is sending voice messages to women in their local language. A voice message sidesteps low literacy and affords the messages more credibility,” according to a funding proposal sent to the African Development Bank. Another key innovation is that MOTECH sends out appointment reminders to patients and practitioners, allowing doctors to identify patients who missed essential appointments.

Cameroon has been using a system the World Health Organization developed for early detection and fast response in epidemics since 2010. It links mobile phones of healthcare workers to the central government’s medical database. “Since July 2010, response time from case detection to pre-confirmation of outbreaks has been reduced from seven days to less than one,” according to Cameroon’s Ministry of Health website. “The [smart]phone network has greatly improved the flow of information among the district, regional and central health service. It helps… provide guidance remotely on how to investigate outbreaks and manage cases in far-off localities. The initiative was designed to better manage outbreaks.”

Uganda uses its real-time digital medical system — known as mTrac — to monitor supplies of medicines and delivery of health services via SMS. The health ministry then aggregates and analyzes that information using RapidSMS software. The resulting dashboard and summary reports are accessible to all medical stakeholders, according to a funding proposal sent to the African Development Bank.

The country also has used an eLearning platform for nurses since 2005. It’s a low-cost program developed by the African Medical and Research Foundation, Nursing Council of Kenya and Accenture designed to allow nurses to work full time while studying. Also, Kenya is part of the WHO’s remote-learning network known as RAFT (Réseau en Afrique Francophone pour la Télémédecine). 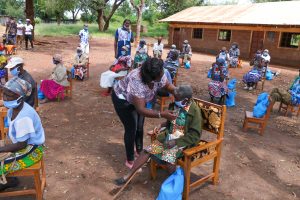 Despite such innovative, government-led healthcare solutions, there is a severe lack of scale. “In Tanzania, for example, they are treating 500,000 people for AIDS. They are a third of the infected population,” said Lamieux during his TED talk, adding that most programs started as pilots with 10,000 individuals. “Scaling such programs to 5 million is not easy because most of those initiatives are executed on the ground via entrepreneurs.” The difficulty in scaling up pockets of innovation across the continent comes down to a lack of integration with existing systems and healthcare entrepreneurs.

The International Financial Corporation (IFC) estimates that private sector healthcare and medical investors have a $25 billion to $30 billion opportunity in Africa. However, new investors need to select their models and sectors carefully. According to the IFC, the ideal model would be a “close partnership between the public and private sectors.” That includes finding legislation that engages, oversees and ensures the sustainability of the private healthcare sector.

Another target market for investors to consider is those who can’t afford to pay between $34 and $40 a year per person in healthcare expenses, noted the IFC. Such individuals mostly live in remote areas where access to healthcare is nearly nonexistent. “In Africa today, the private sector is sometimes the only option for healthcare in many rural areas and poor urban slums,” noted the IFC report. “A poor woman in the region is as likely to take her sick child to a private hospital or clinic as to a public facility.”

Another significant opportunity for private sector companies is to provide existing health systems with “advanced medical equipment and procedures and higher quality services,” noted the IFC. Those opportunities include adding up to half a million hospital beds, better supply and delivery chains for pharmaceutical companies, and supplemental training for nearly 890,000 medical workers in the continent.

Accordingly, healthcare in Africa is a profitable business that has yet to fulfill its potential as “about half of the investments are expected to be made by for-profit entities, with the rest spread between social enterprises and non-governmental organizations,” the IFC noted. “Most opportunities will be in the small and medium enterprise sector.”

To further entice new investors to enter the market and existing ones to expand, African governments need to increase their commitment to national healthcare insurance. The IFC noted that despite “widespread poverty, an astonishing 50 percent of the region’s health expenditure is financed by out-of-pocket payments from individuals.”

The IFC noted, “Meeting the demand [for healthcare] can deliver strong financial returns and has enormous potential for development impact by expanding access to health services for the poorest people and reducing the financial burden on governments.”

Profit would be driven further by recovering GDP growth rates once economies reboot in a post-COVID-19 world. “As Africa’s economies improve, the demand for good quality healthcare will only increase further,” noted the IFC.

The combination of innovation pockets and the COVID-19 outbreak is a unique opportunity for Africa’s “spirit of innovation,” says Botha. He pointed to the widespread use of smartphones as well as the population’s openness to using new technologies, noted Botha, who cited Africa’s global leadership in mobile money transfers. 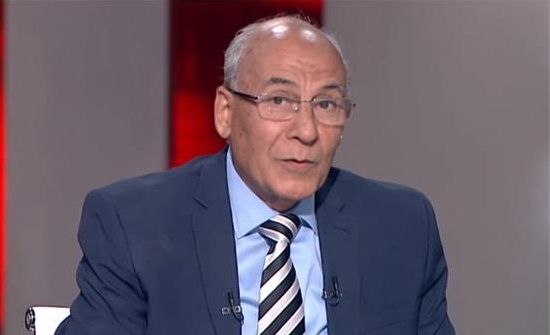 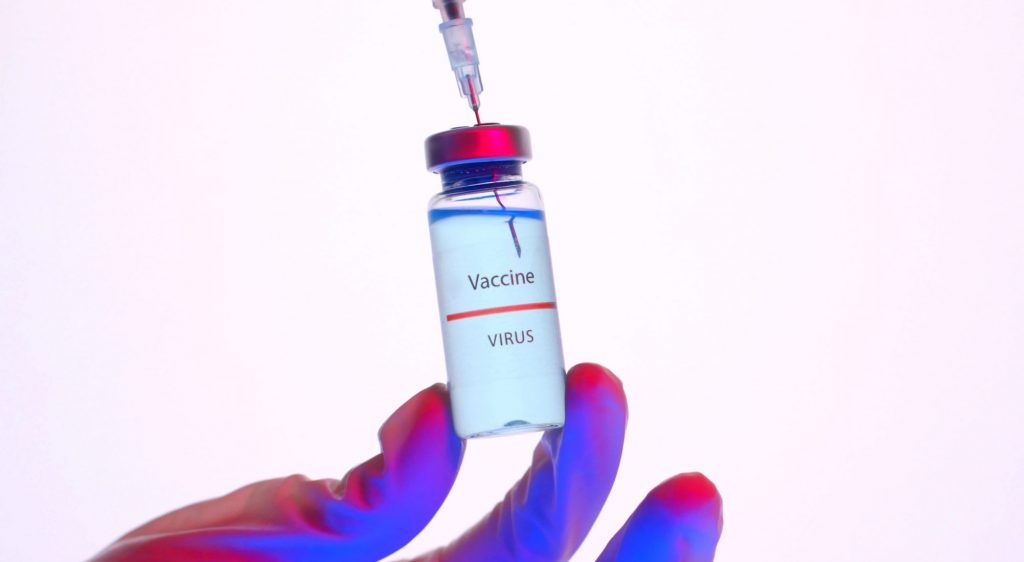