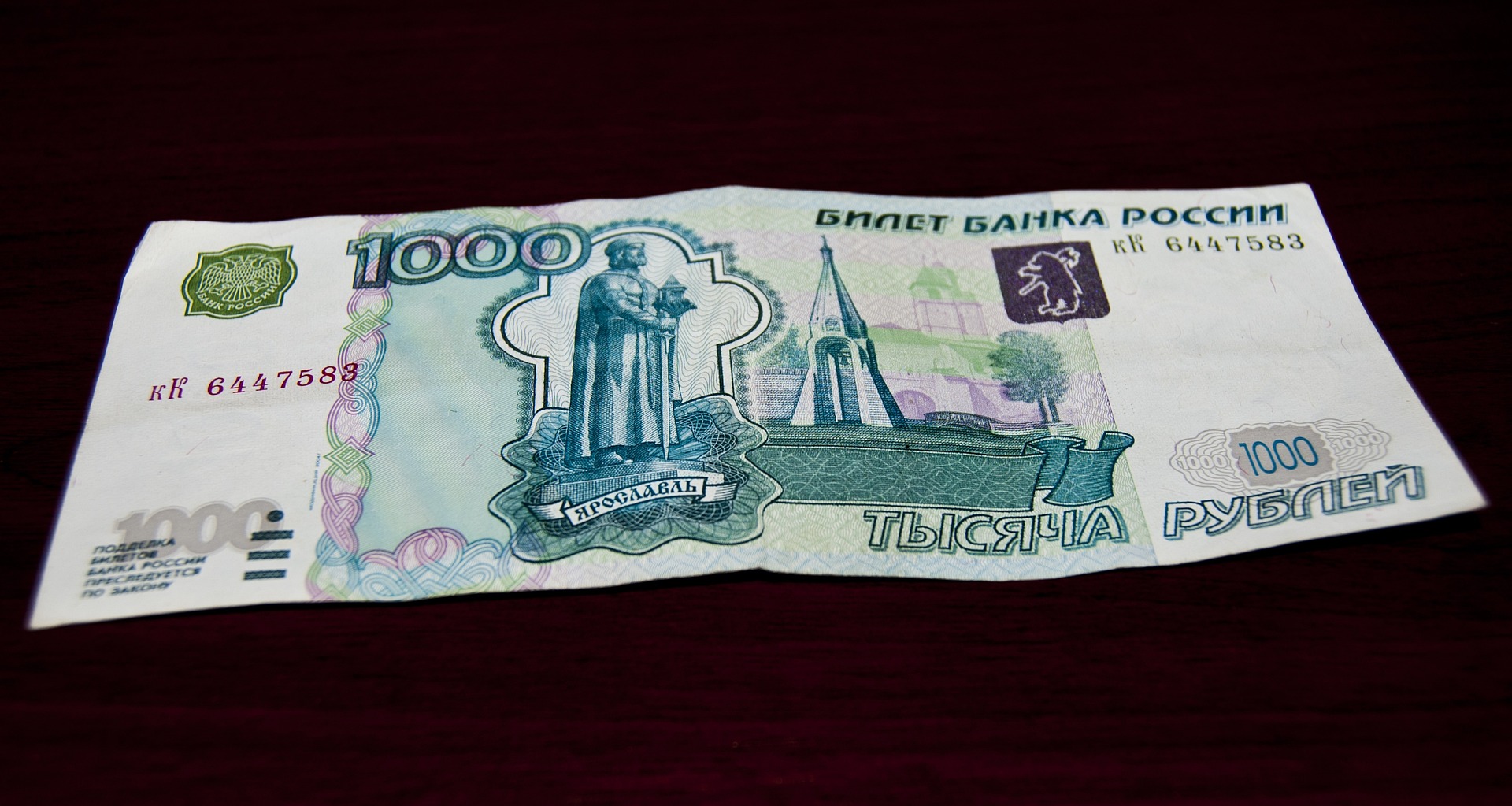 How Would An Appreciating Ruble Affect Egypt?

Russia is vital to Egypt’s food security. CAPMAS data shows Moscow supplied nearly 80% of Egypt’s wheat prior to the invasion of Ukraine. The country also is a significant contributor to Egyptian tourism, with the Russian Agency for Tourism estimating that 1 million tourists visited Egypt in the last four months of 2021 after Russia lifted the six-year ban on charter flights.CAPMAS data shows that 8 million foreign tourists came to Egypt in 2021.

Anticipating the Russian invasion of Ukraine, currency traders started dumping the ruble on February 9, according to data aggregator Trading Economics. As a result, the ruble’s value decreased from RUB 75.3 to the dollar to RUB 80 by February 23, when the EU and United States announced the first round of sanctions.

On February 28, the Central Bank of Russia (CBR) doubled interest rates from 10% to 20% and enforced capital controls to discourage foreign businesses and individuals from repatriating their wealth to dollars. But the ruble continued to depreciate, reaching an all-time low of RUB 132 to the dollar by March 7.

Since then, despite fresh sanctions, the ruble started to appreciate fast. It reached nearly RUB 50 to the dollar by the end of July. That hurt Russia’s economy as its exports became too expensive. “The profitability of many industries, even export-oriented, has become negative at the current exchange rate,” Economic Development Minister Maxim Reshetnikov told Russian news agencies in June. “I think many enterprises may … curtail investments [and] reduce production.”

To avoid that high-risk scenario from playing out further, the CBR started purchasing foreign currencies with rubles in May to increase the local supply in circulation. On June 10, the bank slashed interest rates to 11%. 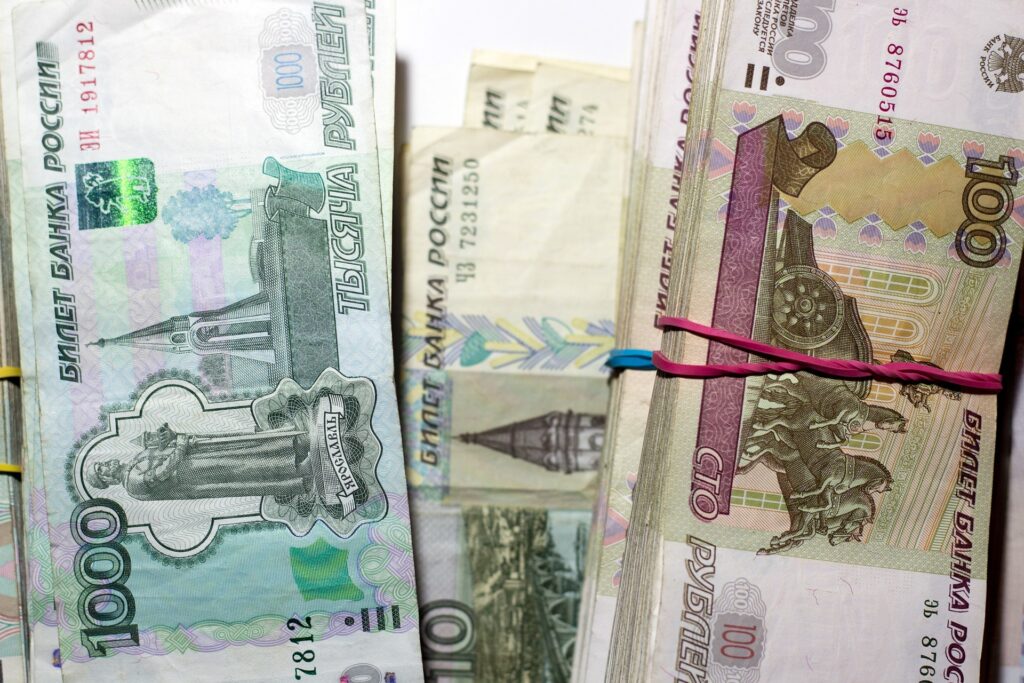 Charles Lichfield, deputy director of the Atlantic Council’s GeoEconomics Center, wrote in a May op-ed that the ruble’s “resilience is down to oil and gas revenue.” According to the International Energy Agency (IEA), Russia is the world’s top natural gas exporter and second-largest oil exporter.

Francesco Sassi, a researcher on energy geopolitics and markets at Italian Ricerche Industriali ed Energetiche (RIE), wrote in The Diplomat in September: “The hydrocarbon sector still represents between 30% and 40% of the Russian budget while other sectors struggle in the face of the sanction regime.”

The Russia-Ukraine war sent the Brent crude oil price from $78 a barrel at the start of 2022 to more than $100 from March to July. It then hovered around that benchmark until August 9, then fell to $89 at press time. Meanwhile, international natural gas prices spiked from $3.5 million British Thermal Units (MMBtu) to $9.7 MMBtu by August 22, settling at $6.80 at press time.

The rise in global oil and gas prices has kept Russia’s economy afloat, despite trading with fewer wealthy nations due to sanctions. “Although Russia may be selling slightly less to the West right now … they are selling a ton at all-time high oil and gas prices,” Max Hess, a fellow at the Foreign Policy Research Institute, told CNBC in June. That “is bringing in a big current account surplus.” In September, the CBR said its account surplus was three and a half times what it had been a year earlier.

The other major contributor to the ruble’s resilience is that Russia has had a trade surplus since the mid-1990s, according to the CBR. That allowed the country to accumulate foreign reserves aggressively. Western sanctions and capital controls in 2022 only amplified that situation. “Authorities implemented pretty strict capital controls as soon as sanctions came on,” Nick Stadtmiller, director of emerging markets strategy at ‎U.S.-based Medley Global Advisors, told CNBC in June. “The result is money is flowing in from exports while there are relatively few capital outflows. The net effect of all this is a stronger ruble.”

Lichfield of the Atlantic Council said: “Russia is earning money it can’t spend.”

In the long term, the ruble might devalue less than before the Ukraine war. Interfax Information Services Group said in April the Russian Finance Ministry aims for the ruble to hit RUB 81.4 to the dollar by the end of 2022. By 2025, it should reach RUB 86.9 to the dollar.

That scenario looks increasingly likely, as Sassi noted that “revenues from hydrocarbons recorded their worst performance in the past 14 months.” Additionally, he reported the Kremlin is “planning” to introduce levies on oil and natural gas production and export. They also reduced discounts they give to friendly nations from $30 to $40 a barrel during the spring to $18 to $25.

Nevertheless, Sassi noted, “the aim is to collect 1.4 trillion rubles from commodity exporters in 2023, likely from doing more business in Asia and emerging markets. In September, the government confirmed it would depend on “friendly” nations to fuel the economy.

Ruble exchange rate fluctuations will increasingly affect Egypt’s cost of imports as trade relations with Russia have grown throughout 2022. World Grain, a global data aggregator, reported that Egyptian imports of Russian wheat increased 84% from March through May compared to 2021. Additionally, Bloomberg said in June that Egypt’s imports of Russian oil should reach 1.8 million barrels this year, “the most since at least 2016.” For Egypt, that would mean spending more on Russian grain and oil as the pound depreciates.

However, a stronger ruble would benefit Egypt’s tourism, as more Russians find Egypt a cheaper destination. In August, the Egypt Independent reported the country was the second most popular destination for Russians in 2022. The head of the Russian Agency for Tourism (Rostourism), Zarina Doguzova, told the media in June that “Egypt is one of the most preferred tourist destinations for Russians.”

In the long term, Sassi believes the “most important” factor in determining the ruble exchange rate will be “the consistency and reliability of Asian buyers of Russian oil, [liquified natural gas] and coal.” He singled out political affiliations and demand from China and India, the two biggest Asian economies and the most dependent on fossil fuels, as the leading players. 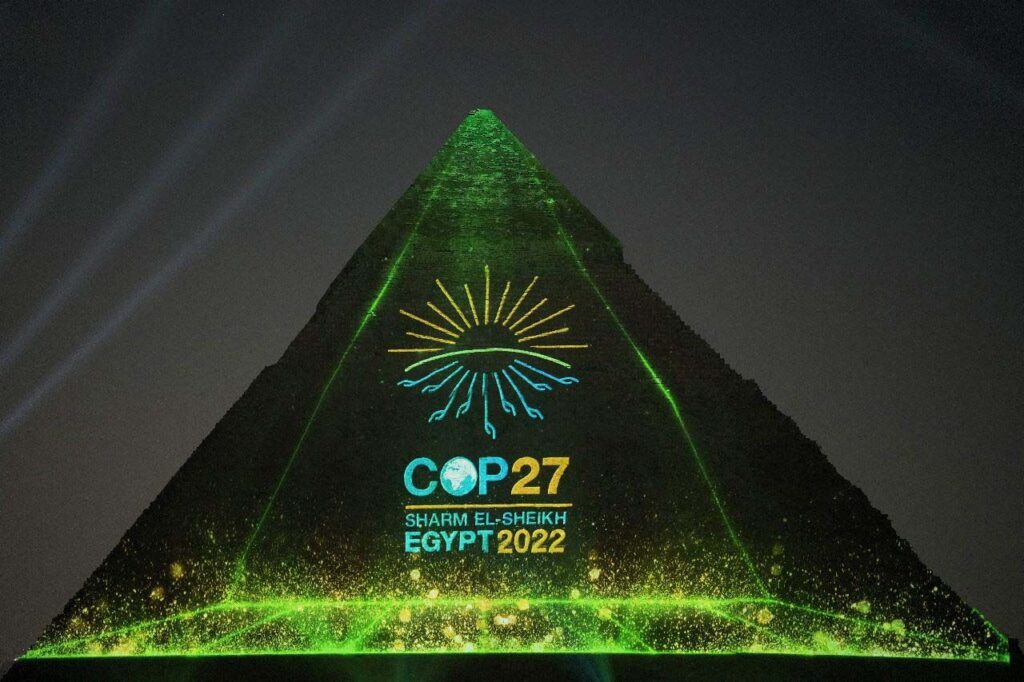