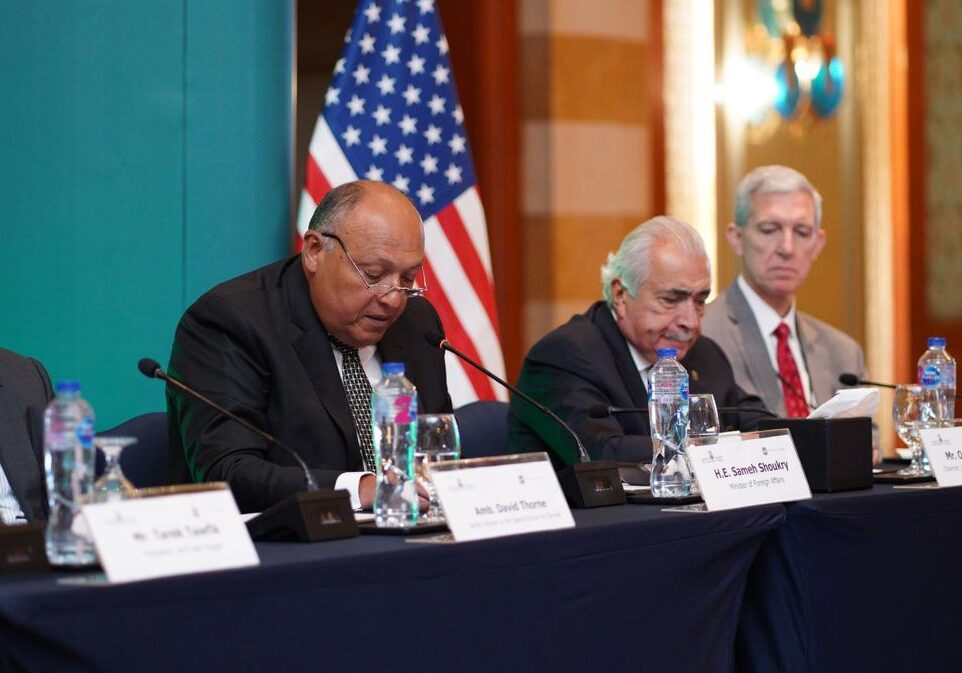 The 1.5°C climate target of the Paris Agreement, which calls for countries to take concerted action to reduce greenhouse gas emissions to limit global warming, will require commitment from governments and the private sector to ensure a just green transition.

Realizing the importance of that goal and how investments are necessary to reach it, Egypt hosted the first-ever U.S GreenTech Business Mission on May 14-17, organized by the American Chamber of Commerce in Egypt (AmCham Egypt,) the U.S Chamber of Commerce and the Office of the U.S Special Presidential Envoy for Climate.

The business mission included American investors, policymakers, eco-friendly financiers, and technology companies who met with Egyptian companies and government officials to talk about opportunities in Egypt and how the U.S. could help realize them.

“This mission constitutes a step in the right direction regarding efforts to transform climate pledges into a reality on the ground,” says Sameh Shoukry, Egypt’s Minister of Foreign Affairs and COP27 president-designate on May 15 during the mission’s launch event. This business mission aims to explore “the massive opportunities and strong potential of U.S. investments in Egypt,” especially in the fields of green technologies and renewable energy.

Pointing to Egypt’s presidency of the upcoming UN Climate Change Conference (COP27) in Sharm El Sheikh, Shoukry says he hopes all parties including the private sector can come together to fight climate change.

During the event, U.S companies and financial institutions learned about opportunities for green investment within a wide range of sectors, including power, renewables, agriculture, ICT, manufacturing, aerospace, transportation, and finance.

Senior Advisor to the U.S. Special Presidential Envoy for Climate David Thorne stresses that the U.S  business community welcomed Sunday’s announcement of Egypt’s vision to increase private sector investments to 65% in the next three years, which equals to $40 billion in investment.

“Egypt has been taking important actions with regards to boosting the role of the private sector, which is very important for the country’s economy. Governments can’t [combat climate change] without the full partnership of the private sector,” Thorne affirms, adding that the success America found in last year’s COP26 was thanks to an “unprecedented level of business leadership from the businesses and the finance sector.”

In 2021, $86 billion was invested in U.S. climate start-ups, according to Thorne. “Green investment is a huge business opportunity. Those who get in early will enjoy huge investment benefits,” he adds.

The ambassador adds that COP27 is a great economic opportunity to put Egypt on a sustainable path, noting that the conference comes at a pivotal moment for putting the pledges and commitments of COP26 in implementation.

Seeing those pledges fulfilled is the primary target for the U.S. government, says Thorne, who points out that every time U.S. officials travel to promote green investments in a country, a business delegation always accompanies them to engage the local business community.

Thorne adds that companies participating in the GreenTech Business Mission came to Egypt because they are looking for opportunities in the country to apply their investment know-how to deliver green growth and climate solutions.

“Those are challenging times,” Shoukry says. “Egypt is in the midst of a global crisis and is not far from the implications of the geopolitical tensions facing the world, impacting energy and food prices and revenues from tourism.” Egypt has to address all this on top of the long-standing challenges of climate change with its far-reaching economic and social aspects, says Shoukry.

During his speech, Shoukry also discusses the measures taken to foster economic stability, encourage investments and protect the most vulnerable sectors of the society. Among them are reforms such as devaluing the pound against the dollar, raising overnight interbank interest rates, and enhancing protection schemes. “That was possible thanks to an economic reform program the government implemented in 2016,” says Shoukry.

Now, however, “the current economic models are not sustainable,” the foreign minister says. The way forward would be building an economy based on a “just green transition,” Shoukry notes. “The sooner we shift toward a greener economy, a more sustainable consumption and production pattern, the quicker we will be able to harness the opportunities presented by such a shift.”

Egypt’s government has introduced new laws and legislative frameworks to “create an environment conducive to green investments [and availing] innovative green [financing] tools like green bonds, and drafting an ambitious climate strategy,” says Shoukry. “Egypt is poised to become a clean energy hub for Africa, Europe, and the Middle East.”

Those projects include solar and wind power, green energy including hydrogen, electric mobility solutions, carbon capture, and other eco-friendly technologies. The COP27 conference will be vital in mobilizing those projects by securing financing and technical expertise. “In COP27, we expect all governments to come with enhanced commitments coupled with clear visions on implementing adaptation, mitigation, and climate finance,” says Shoukry. “Without proper implementation, our efforts will likely be in vain.” 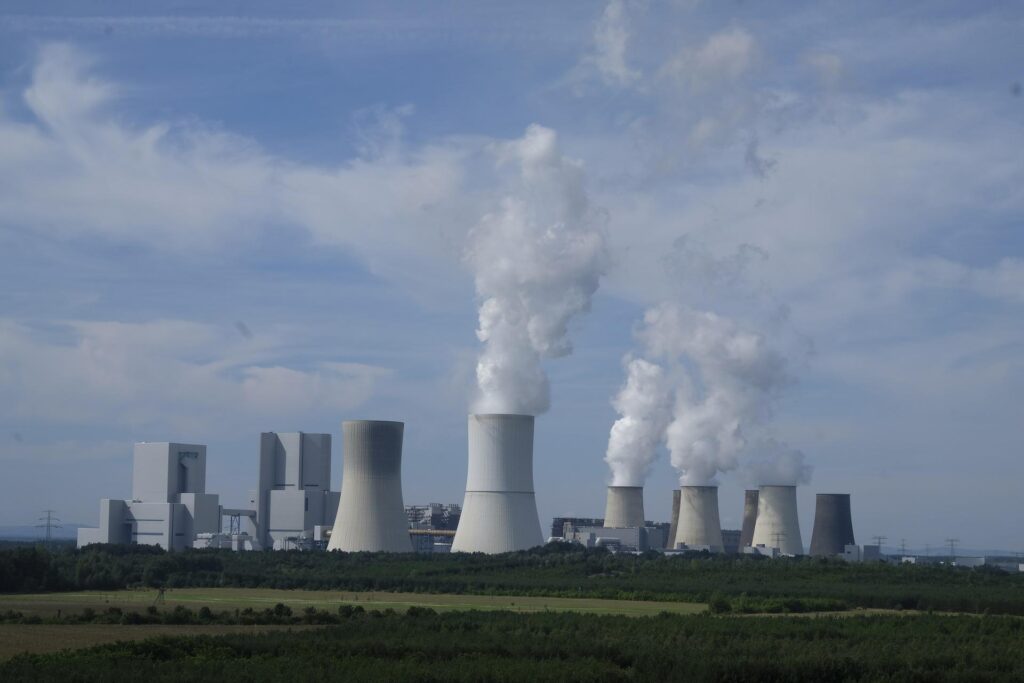 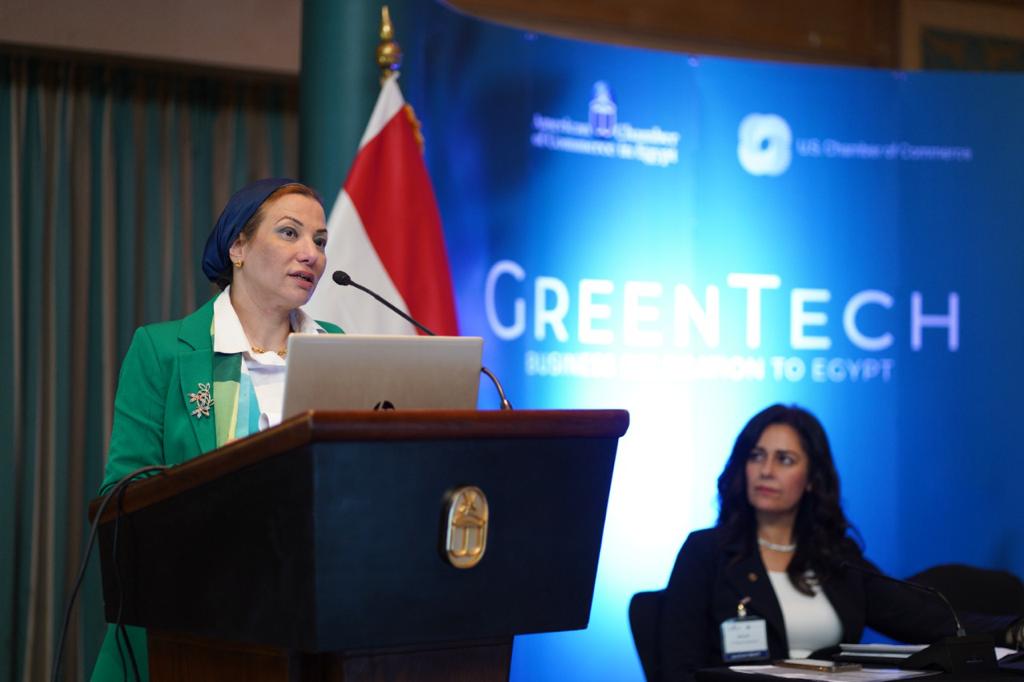