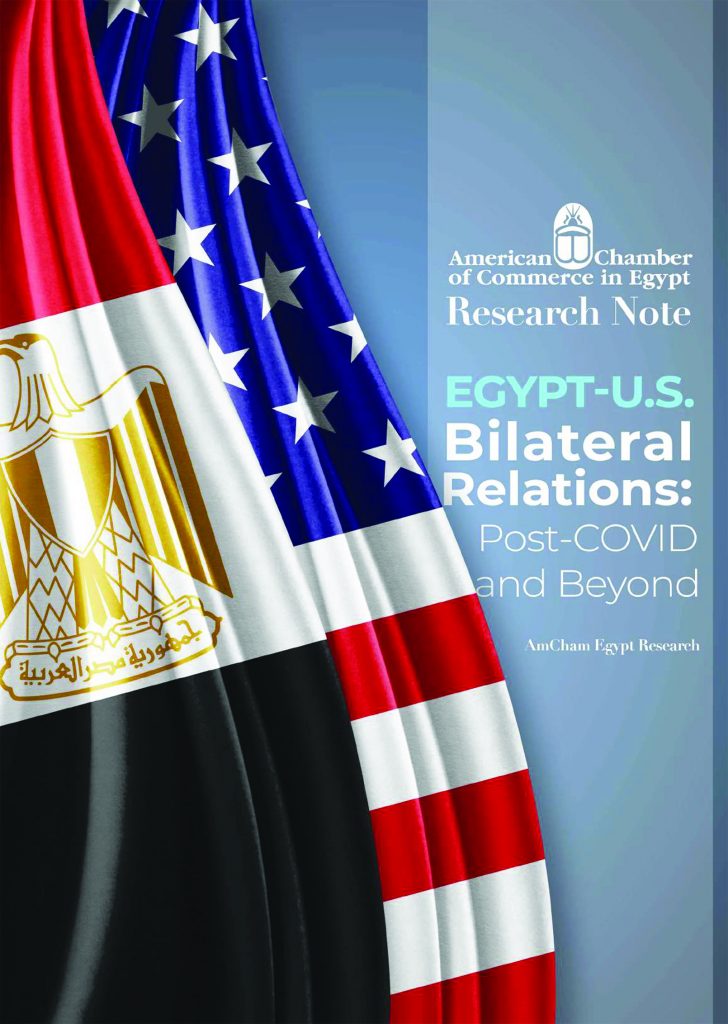 The mission of the American Chamber of Commerce in Egypt (AmCham Egypt) is to promote the development of commerce and investment between Egypt and the United States. The U.S. has been Egypt’s leading single foreign trade and investment partner since the launch of Egypt’s Open Door Policy and the signing of the Camp David Accords in the late 1970s.

Egypt and the U.S. have long been amicable partners along open channels of diplomatic relations, mutual security interests, bilateral trade ties, and development aid. Egypt has received an average of USD 2 billion dollars in economic and foreign military assistance per year from the United States since 1979, just over USD 74 billion in total. It is the second largest recipient of foreign aid after Israel, stressing its significance to U.S. foreign policy. The liberalization of trade barriers have led to the steady increase of imports and exports for both countries corresponding to the vast economic reforms enacted since 2004.

U.S. policy towards Egypt has focused on maintaining a regional partner in security, strong military cooperation, and supporting the Egyptian-Israeli peace treaty. The United States has helped to modernize the Egyptian military and facilitate economic development, making it a stronger regional force. In recent years as the Egyptian economy has grown, U.S. policy has shifted away from foreign assistance and more towards encouraging commercial ties.

Multiple partnerships and agreements have been established to enhance economic relations, foreign investment has spurred growth and created jobs, and several free trade endeavors have been set into motion stimulating bilateral trade, including adding Egypt as a beneficiary country of the U.S. Generalized System of Preferences (GSP) and establishing the Qualifying Industrial Zones (QIZ).

Egypt is an economic leader in the Arab world. Not only is it a gateway to the Middle East and North Africa region culturally, linguistically, and geographically, it is a regional export hub for companies wanting to break into surrounding countries including MENA, Sub-Saharan Africa, and Europe. Egypt is also the most populous Arab country offering educated, tech-savvy and multilingual labor. Its economy is diversified; it manufactures and exports more than just oil and gas like many of its neighbors. In addition, Egypt is strategically located on the Red Sea and operates the Suez Canal, which offers the United States access to one of the most important water ways in the world crucial for its economic and military interests.

The U.S.-Egypt relationship is characterized by mutual economic and security interests leading the way for cooperation. Bilateral commercial linkages continue to grow with the goal of enacting new agreements that liberalize trade and increase two-way economic streams.