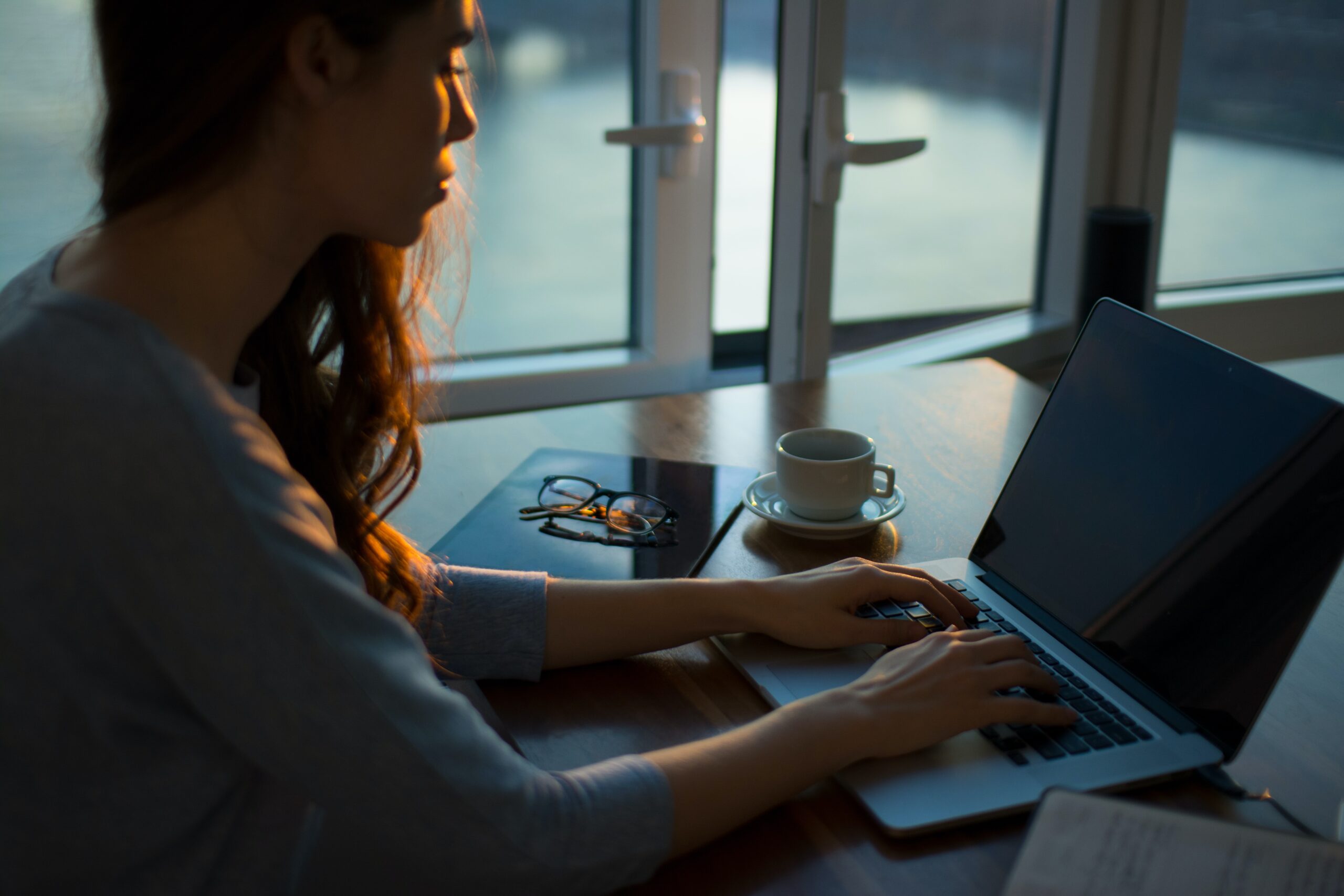 Sahar Abouelmagd is proud of the years she worked for an oil and gas company, drafting financial records and budgets of billions of dollars in exploration deals. These days, she’s hiding out — mostly from her two children, ages 4 and 11. “I just actually locked my door so that nobody can come in here,” she says, from her bathroom.

Constant interruptions from children are happening in households across the country. With the added complexities of managing both work-related Zoom calls and online learning for the kids, parents – especially women — are near their breaking point.

For Abouelmagd, the juggling act reached rock bottom in September. Her husband, a banker, worked at his office five days a week, while she worked from home. That went on for weeks until she realized that her two kids were skipping lunch. “Without the structure of the school day, the kids never knew when it was time to eat,” she says.

So when she learned schools would partially reopen at best, she realized that was it. “I can not keep this up,” she remembers thinking. She decided to take a leave of absence.

Reem Asaad, VP at CISCO Middle East and Africa, believes women have been disproportionately affected by pandemic life. “It’s a really hard situation,” says Asaad. “The lines between work and personal life are becoming very blurred, so maintaining compassion as an employer is essential.”

Working parents should feel comfortable asking for accommodations to manage their children’s virtual classrooms without jeopardizing their careers, she notes. “Until that is granted, the juggle between working and mothering can be very hard to sustain.”

As women leave the workplace to take care of their homes and families, the private sector needs to build the right environment to allow women to go back to work. “We should build a culture that is able to preserve women’s roles so when they return to their jobs they can be granted the same career progression they deserve,” says Asaad.

Move away from rigid workplaces and introduce flexible ones, she urges. “Accommodating employees’ concerns can positively impact their creativity and productivity,” says Asaad. “Give them the freedom to choose when to work and how to work … Respect their burnout and introduce mindfulness workshops and wellness-focused talks.”

Creating an agile, family-friendly culture like the one at CISCO combines all these elements, Asaad explains. According to a company survey in late 2020, 87% of 10,000 CISCO employees surveyed want the flexibility to choose where and when to work. “It is now up to employers to evaluate if they can afford these privileges long term,” says Asaad

Odds stacked in her favor?

Nouran Tony, 31, is a supply planning manager at Beyti Egypt who was furious at the start of the pandemic that she could not put her 2-year-old son, Youssef, into daycare. Luckily, she says, Beyti’s flexibility allowed her to take good care of her son, even on long workdays. “I witnessed him growing and developing day by day throughout the past year,” Tony says, who had access to the software, hardware, and connectivity needed to succeed in her job. “This is something I would never have been able to do pre-COVID-19.”

Asaad thinks building the right infrastructure for remote working is key. “‘Employees need a work environment that has advanced technology and collaborative tools that will give them the ability to be productive from wherever they are.”

To keep Youssef busy during virtual meetings, Tony had to set screen-time rules. “Initially, I did not allow my kid to use the mobile, but now he is allowed up to two hours a day,” she explains. For companies to further support and empower women, Tony hopes remote work policies would continue beyond the pandemic.

If you want something done, give it to a mother, says Mark Wyllie, CEO of Beyti Egypt. “They are committed, determined, disciplined, and reliable.” Diversity is a major value add in any organization. But mothers add maturity and focus to teams and bring invaluable perspective to the table, Wyllie says. About 22% of Beyti’s employees are women.

For the first time in company history, Beyti is introducing flexible policies that include two days a week working from home. In addition, they allowed 100% working from home during school closures. For working mothers to feel empowered during such challenging times, Wyllie says, “they need to have and share clear targets across the company and stay closely connected and aligned to ensure everyone is moving forward in the same direction.”

Asked if the company had witnessed any efficiency problems, he says: “On the contrary, we have seen efficiency increase. I have seen many of our female associates rise up, thrive and take on more responsibility.”

Asaad, too, experienced a productivity surge by working mothers at CISCO last year. “I think when employees have an adequate work/life balance, they deliver better,” she says. “A healthy work culture is the glue that brings people together for one common purpose.”

She explains that when an employer trusts their subordinates and empowers them, they will do their best at work to exceed expectations. Alternatively, “employees will find every chance not to give back if they feel controlled or suffocated,” she says.

The obstacles and hardships facing working mothers are not new, but the pandemic has made them more visible, according to Medhat El Kourdy, a 13-year HR veteran in the GCC and Egypt. “The pandemic has taken the world by surprise and changed our lives forever. A lot of governments and organizations had to reassess their workplace policies to effectively support families, specifically working mothers,” El Kourdy says. In Egypt, for example, Member of Parliament Magda Nasr issued a draft law in September to allow working mothers two extra days off work, provided that they work an additional hour on the remaining four days of the working week.  The proposed bill came after President Abdel Fattah al Sisi called for granting working mothers leaves or remote work access during the time her children are schooling from home. The bill has not yet been passed.

Even before the pandemic, Egypt introduced regulations in 2003 allowing companies to offer flexible employment conditions. By 2017, wuzzuf.net, an online platform for job listings in Egypt, saw a 124% increase in the number of remote job postings, according to Egyptian Streets. Meanwhile, the number of employees applying for those types of jobs increased by 144%.

Recently, Minister of International Cooperation Rania al-Mashat, the president of the National Council for Women, Maya Morsy, and the World Economic Forum launched the first Closing the Gender Gap Accelerator in the MENA region. It aims to prepare women for the post-coronavirus world of work, close gaps in remuneration, enable women’s participation in the labor force, and advance more women into leadership roles.

Meanwhile, in the private sector, a key concern is training companies to better accommodate working mothers’ needs. Companies need to provide certainty and clarity, says El Kourdy. That could alleviate stress from the general anxiety about the pandemic, health and safety concerns, and worries about job security of new hires or that fearing their industry’s decline. Being transparent also helps reduce apprehension over working from home or returning to the office.

A case in point is Nada, 38, a mother of three who works at a real estate company. She recalls her employer would only give two days’ notice for when she had to be at the office. To her, it is a very short time to plan for child care.

El Kourdy recommends communicating with employees: Listen to their needs and try to be accommodating, while at the same time being clear about job expectations and performance standards. Announce any policy changes in a timely manner and explain the reasons behind them. Accordingly, if a company requires physical attendance, they are advised to provide on-site daycare or identify safe and affordable nearby options.

Another problem is how fast the boundaries between work and home have collapsed, making work-life balance even harder to attain. Thankfully, some reported their employers proactively respond to unexpected constraints by managing expectations. A graphic designer at a marketing agency said that her direct boss “was literally asking permission to send me to work; she was beyond understanding.” This recognition made her feel as though her struggles are seen and understood.

One solution is to enact parent-friendly scheduling policies and ensuring everyone knows it’s okay to use them. “Taking everyone’s circumstances into consideration can create developmental opportunities with more bandwidth, which can foster career development,” says El Kourdy. Acknowledging that some work cultures have not embraced this thinking, he recommends that companies should train their leaders and managers on how to successfully implement parent-friendly policies to reinforce the organization’s commitment to supporting its staff.

Empathy is also vital, yet it is something not all managers are familiar with, El Kourdy says. He recommends scheduling mental wellbeing online sessions or virtual social times just to check in on how employees are doing. “Calls like these always tend to end on a high note, with at least someone praising them for all their hard work,” he says. That would prove vital for keeping up morales.

Just like working fathers, working mothers have aspirations they want to fulfill, El Kourdy notes. Accordingly, companies should always appreciate what they are going through, offer help, and support their mental well-being even beyond the pandemic. Meanwhile, employees – particularly working mothers – shouldn’t be reluctant to make additional requests from their employers. In return, employers need to be more compassionate, show empathy and be more understanding than ever, El Kourdy says. 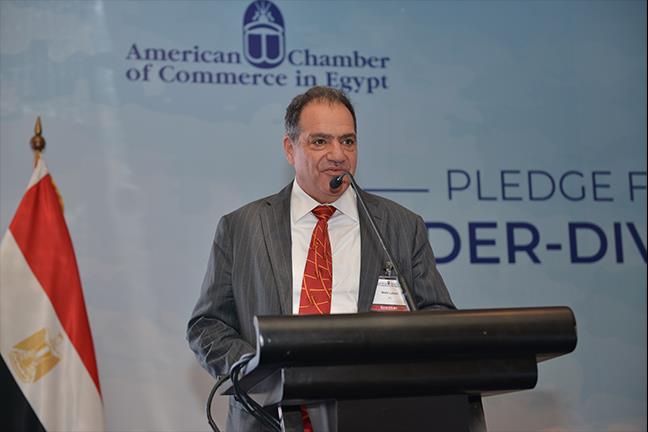