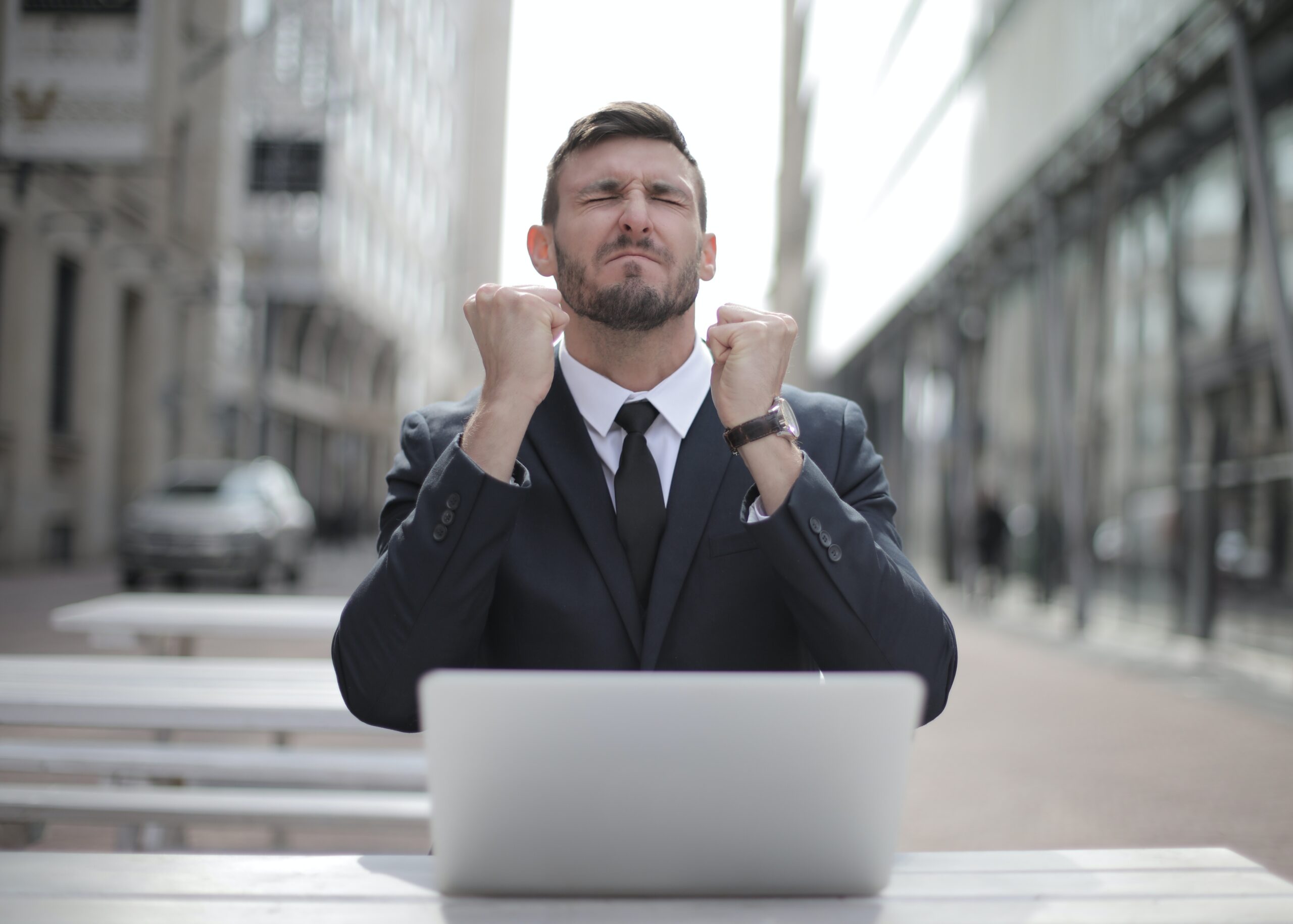 With consumers facing higher prices for everything from food staples to luxury items, they must make tough choices about spending. “I don’t know what inflation means exactly, but prices have increased by at least 20% to 30%, and sometimes 50%,” Elham Mohamed, a 40-year-old government employee, told the Middle East Institute, a U.S.-based think tank. “I had to give up many of the items I usually buy.”

Accordingly, company CEOs must take critical steps to ensure their products sell during those harsh times, curb production cost surges, and employ top talents to steer the company from that crunch.

Those changes must be long-term, sustainable measures. “Business leaders around the world are saying that they regard it as “permanent enough” to demand their attention,” Asutosh Padhi, the managing partner at McKinsey in North America, wrote in a blog on Fortune in April. “But few know how to cope.”

Accordingly, Padhi stressed the importance of having a structured approach to those changes. “It’s time to develop a playbook with new strategies directed at specific areas,” he wrote.

Knut Alicke, a partner at Mckinsey in Germany, wrote in an article in the November edition of Mckinsey Quarterly that CEOs are under increased pressure when inflation hits. That is because the government and central bank policies such as raising interest rates and warning of high inflation, which combat inflation, usually hurt businesses, stunting consumption growth in the short term.

“No one will face greater challenges in managing successfully in an inflationary environment than CEOs,” Ram Charan, a 35-year veteran business advisor, and book author, wrote in an op-ed on Chief Executive, an online magazine, in March.

However, CEOs can’t focus solely on the impact of inflation on profitability. “They must not only oversee a major shift in the way the company does business but also a major shift in psychology and focus of every manager,” added Charan.

The added volatility from the current geopolitical uncertainty and its economic ramifications, coupled with climate change, means CEOs are constantly under pressure. “Operating in today’s uncertain environment, with a much wider range of stakeholders, means leaders must think about performance in much broader terms,” Alicke noted. He cited the quick decisions CEOs had to take to leave Russia to protest their war on Ukraine.

CEOs are a company’s main compass during turbulent times, guiding their management teams, non-management employees, boards, and external stakeholders. That is why they “not focus intensely on the day-to-day immediacies,” noted Charan. “[They] must continue to build the future.”

That would likely open the door to innovations disrupting orthodox business practices. “In many cases, only the CEO can break down the barriers to innovation and reward the organization for taking risks counter to typical incentives,” Alicke said. 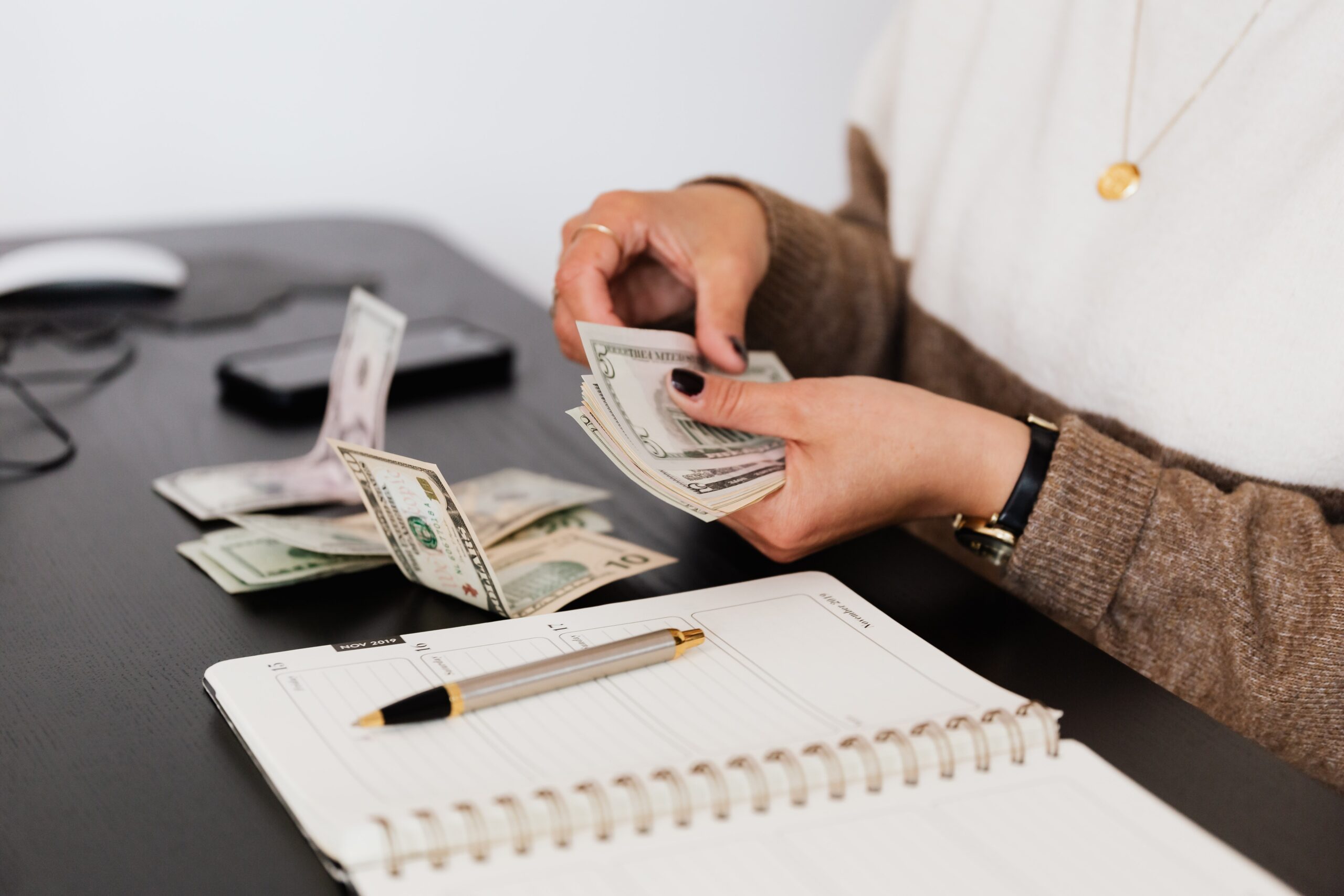 One of the biggest challenges facing CEOs during times of high inflation could be the need to proactively alter a business model that has proved successful so far. “The priority [during times of uncertainty and high inflation] must now become real volume, real revenue, not inflationary revenue,” stressed Charan.

He noted that some companies might have to decide on “giving up cash-inefficient customers or market share” to secure sufficient cash flows. “That means focusing on certain segments of [the] market that are more profitable and letting others go,” Charan explained. That is because “even the more profitable segments will generate less cash than before.”

Top company executives in such a scenario will likely face two challenges. The first is that CEOs would find relinquishing market share “psychologically” difficult. The other is to ensure the company’s top teams are onboard with a market-contraction strategy. “The goal is to help everyone transition their thinking to a world where the cost of capital and the cost of doing business are … going up at the same time,” explained Charan.

To cut costs, companies may also shrink their market presence by eliminating non-profitable or niche products and services in their portfolios. Conglomerates including General Mills, PepsiCo, J.M. Smucker, Campbell, and Coca-Cola “all cut back on their breadth of product offerings,” reported Megan O’Brian, finance and business editor at NetSuite Brainyard, a research company. “Instead of more niche items, companies are focusing on high-margin core products with the most consumer demand.”

Accordingly, CEOs may have to renegotiate long-standing deals and agreements with the company’s value chain. “To protect real profitability, [CEOs] need to revisit key contracts — and change those that lock [the company] into a situation that could lead to a cash shortage,” noted Charan. “Revisiting long-term contracts for inflation is a very difficult task. It requires courage, logic, and excellent relationships with customers. But it must be done.”

International trade restrictions started with the fallout between the United States and China in 2016. Since 2020, the COVID-19 pandemic has caused supply chain bottlenecks and shortages of goods–(microchips prominent among them) due to lockdowns at ports, particularly in China, dubbed the world factory floor. “Supply chain issues are … across the world,” Tuan Nguyen, the U.S. economist for RSM, a network of audit, tax and consulting experts, told Netsuite in March.

As a result, CEOs need to continue to increase inventory to ensure sustainable operations, even if that is not optimal from a cost perspective. “Despite the trade-offs, sustainability often wins in the long run,” said Nguyen.

Additionally, companies must diversify their raw material providers, even if they are more expensive. “Just under half the companies in our survey … say they understand [the operational dynamics of] their tier-one suppliers,” Alicke of Mckinsey in Germany wrote. “Only 2% make the same claim about suppliers in the third tier and beyond.”

Alicke said that in many cases, supply disruptions involving low-tier suppliers forced companies to shift production from Asia to the United States and Mexico.

Padhi of Mckinsey, writing to Fortune in April, recommended vertical integration with suppliers, for example, “automotive manufacturers … contracting directly with foundries to reserve capacity,” he wrote. Another option is to “redesign engineering and construction workflows to cut operating costs,” while a third option is to geographically diversify suppliers.

CEOs may be forced to change their company’s production policies and strategies to allow for longer lead times before ordering and adjust profit margins in light of more expensive transportation. They may also boost their minimum inventory levels and alter production cycles to accommodate possible shortages.

Ultimately, Chelsie Kugler, vice president of business development at the management consulting firm CFOshare, told Netsuite that companies already use their stockpiles as a physical hedge against unforeseen events. It would also help a business maintain prices for long compared to the competition, attracting customers and increasing brand loyalty. According to a JP Morgan survey, 65% of middle-size companies are expanding inventory beyond their needs to sustain the business in the face of global uncertainty. “Because prices for goods are likely to increase, you should plan to leverage your working capital for inventory spend,” Kugler explained.

Tracking how much a company spends is crucial. “High-resolution spending visibility is the foundation of any expense management capability,” Jason Heinrich, a senior partner at the business consulting and services firm Bain & Company, wrote in a September blog for the Harvard Business Review. “It enables managers to fully understand where the money is spent and who spends it.” 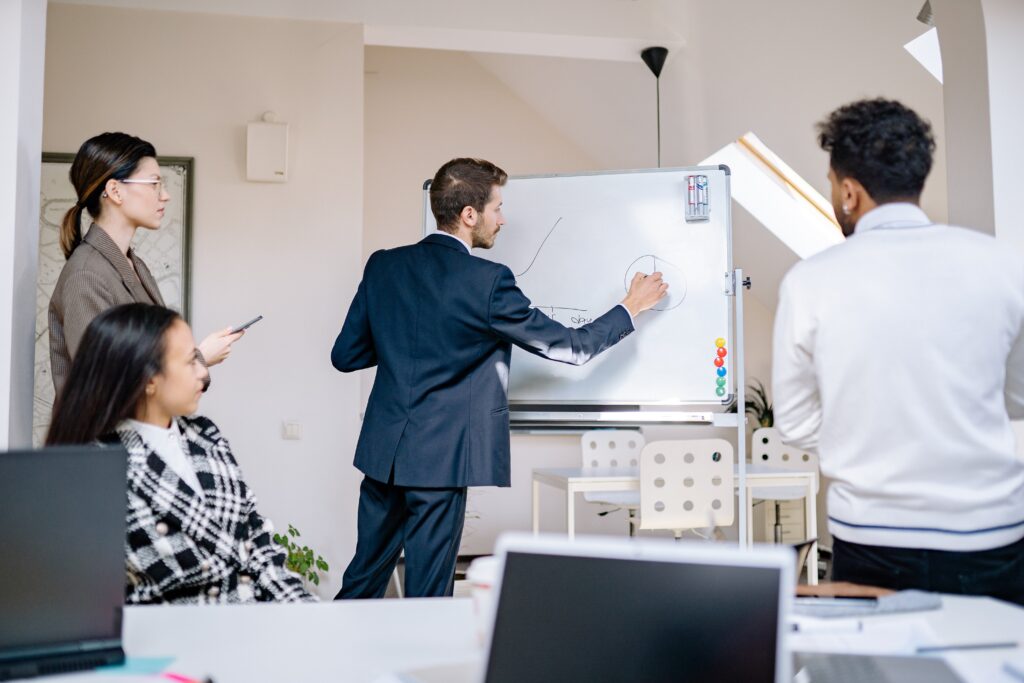 Ongoing logistics bottlenecks constrained production and geopolitical conflicts will require CEOs to adapt. “CEOs know that design choices for products and services are critical for responding to the volatility of commodities, the scarcity of components, and higher producing and servicing costs.”

CEOs could ask product development departments to “rapidly redesign products and services to adjust to new realities.” That could include fewer tech-based features or options in products that rely on semiconductors, for example. Alicke of McKinsey in Germany cited the automotive industry producing more basic models to overcome the global microchip shortages.

Top executives also might override department mental decisions on using materials whose prices are rising. As a result, companies might have to use less expensive yet more accessible materials. The CEO could decide to relocate production to less expensive countries. “Faced with historically high costs … a manufacturer [may] redesign many products to overseas manufacturers. It reduces … dependence on high-cost regional suppliers.”

A company’s top executive could change how products move from the factory to the market. “With transportation costs increasing rapidly, so is the value of loading trucks and containers efficiently,” says Alicke.

CEOs might also find it better to sell their company’s products under private labels, as they can be sold at lower costs than branded products. These substitutes maximize margins and increase the value for customers.

Another critical point CEOs must decide on during periods of high inflation is pricing strategy. “[Companies] will have two choices: to absorb the impacts or rethink [the] business model,” said Charan.

The first is to develop inflation scenarios and the impact of each on the business “before taking any action,” he wrote. “Such scenarios should include five-year forecasts of key input costs and how those increases will affect profit margins depending on whether the business holds constant or increases its prices.”

CEOs must study the impact of inflation on their suppliers and competitors to determine how best to proceed with the new pricing strategy. They also need to analyze the customers’ sensitivity to price hikes. “[It is] one of the most important elements of a company’s inflation strategy,” Cohan said. “If … research reveals … customers are highly price sensitive, [companies] should consider keeping … prices below those of their rivals.” And vice versa.

Once that analysis is complete, Cohan recommends rolling out the inflation pricing strategy in a single location to refine it based on its outcomes before rolling it out across the company.

Nguyen of RSM International noted that pricing strategies depend on the company’s size and presence in the market. “Small and midsize companies — often without dominant market shares — do not always have the leverage to influence overall market prices,” he said. Accordingly, they must wait for market indicators before raising prices or mimicking the market’s influencers.

Regardless of which strategy CEOs take, Nguyen stressed that “any pricing decision should not be based only upon short-term fluctuation of inflation.” Instead, they need to align with the company’s long-term strategic goals. 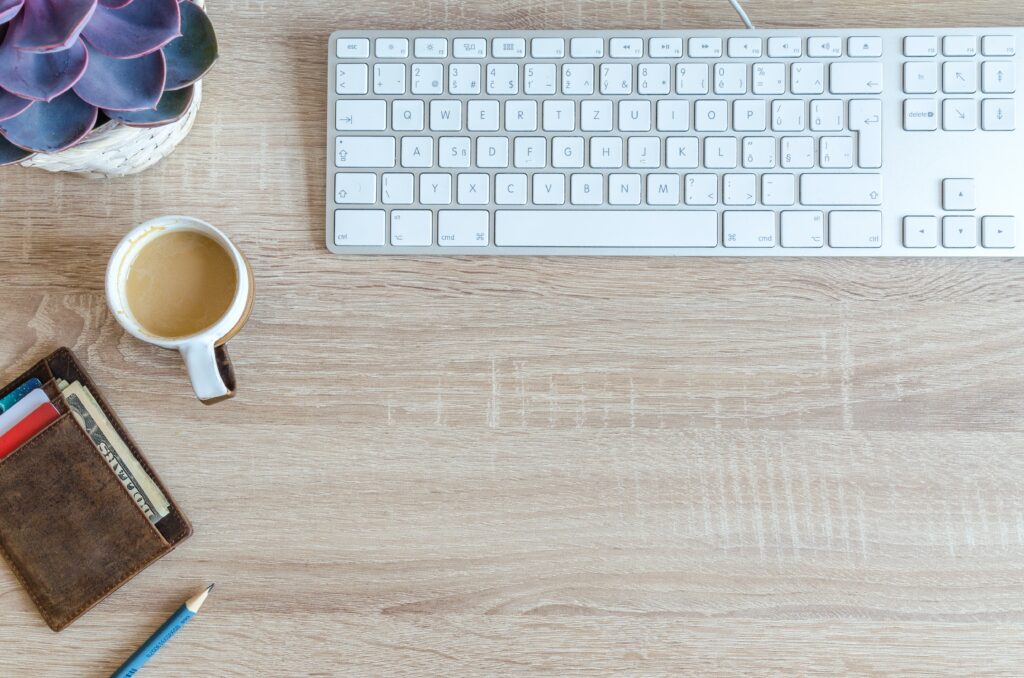 Given the effect of inflation on financial health and sales, Alicke recommends companies establish a dedicated cross-functional department to monitor and manage “the implications of inflation” across the organization.

Having such dedicated centers isn’t a novel idea. CEOs created “nerve centers” with flexible structures throughout the pandemic with “enterprise-wide authority to coordinate the response,” Alicke said. Recommendations include creating “inflation nerve centers to manage the potential downside of inflationary pressures. [They would concentrate] on the crucial leadership skills and organizational capabilities required to get ahead of the events, rather than react to them.”

Having an “inflation program management office” should free CEOs from the day-to-day details of managing inflationary pressures, allowing them to focus on issues they are uniquely positioned to address, according to Alicke. That includes “higher-level board and stakeholder discussions to [shift] their strategies to best capitalize on the current environment.” 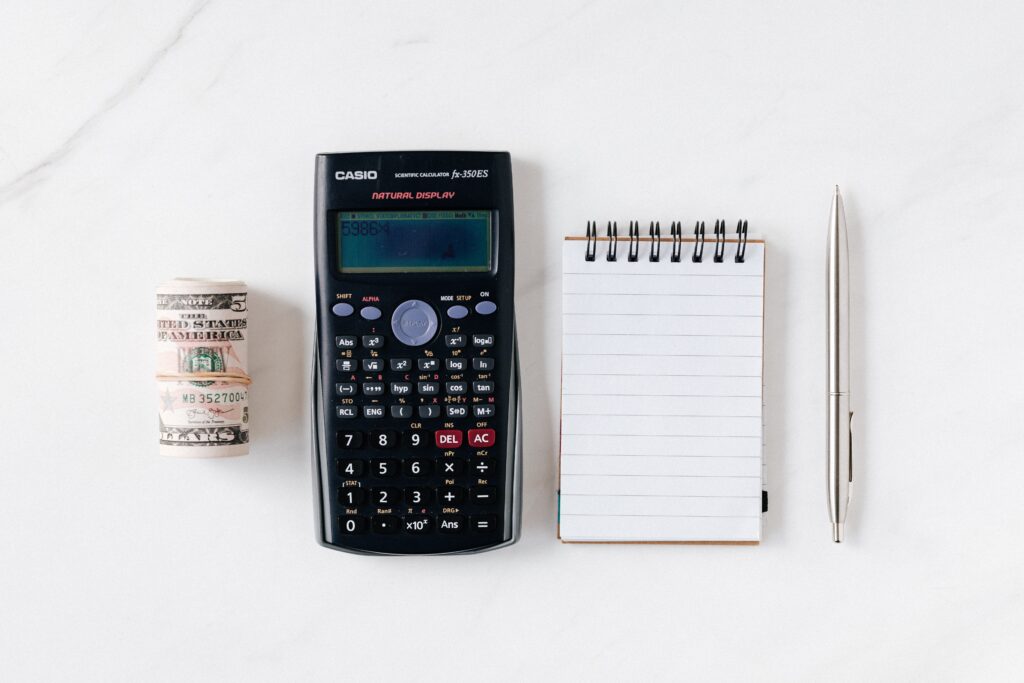