America’s real estate market is witnessing a price boom similar to that preceding the 2008 global financial crisis. However, experts say a repeat of that crisis shouldn’t happen this time.

For Americans, homeownership is at the heart of the “American Dream.” It also has been a pillar of U.S. economic growth and prosperity. It “conveys a number of economic benefits,” according to a blog by Rachelle Levitt of the U.S. Department of Housing and Urban Development. That includes “the ability to accumulate wealth and access credit by building home equity, reduce housing costs through the mortgage interest deduction and gain long-term savings over the cost of renting.”

In 2008, that dream caused a global financial crisis, as complacent lending led to higher property prices and a rise in consumer debt. Eventually, that bubble burst. A similar situation is brewing as home prices in 2020 increased by 15% and are expected to rise 13.2% this year, according to Zillow, a real estate website. Those jumps are higher than those seen leading up to the 2008 global financial crisis. “The increase in home prices is stunning,” Mark Zandi, Moody’s Analytics chief economist, told CNN in June.

Experts hope those hikes won’t cause a crisis, similar to the one in 2008. Rising prices this time around are due to stronger demand for property nationwide, slow construction and changes in the environment, rather than speculative mortgages. “Despite being overvalued, there is no sign the housing market is in a bubble,” said Zandi. However, the risk of a global economic downturn caused by a sudden decline in property prices looms as the pandemic continues to destabilize the global economy.

The real estate sector in the United States has faced several challenges, including multiple mass lockdowns in 2020 that damaged consumer confidence “regarding larger purchases,” noted a report by the University of Michigan. “Just 30% of all consumers believe home buying conditions are favorable — the smallest share since 1982.”

Demand also had to survive the federal government imposing a 50 basis point fee for loans financed by Fannie Mae and Freddie Mac from August 2020. Called the Adverse Market Refinance Fee (AFRE) program, it aimed to protect lenders from poor-quality mortgages throughout the worst of the pandemic. The fee was passed on to buyers, making mortgages more expensive.

By July, the Federal Housing Finance Agency, which supervised AFRE, announced it would end the program due to “improvements in the health of the mortgage market.” The announcement came after Black Knight, a real estate research firm, calculated that 2.1% of all real estate loans were in forbearance as of July 13, compared to 5% last year.

Matthew Speakman, an Economist  at Zillow, in the weekly roundup published July 23, noted home sales were up 1.4% in June compared to May, “ending a streak of four straight monthly declines,” he reported. Meanwhile, inventory rose by 3.3% to reach 1.25 million homes for sale.

That slight increase in demand aligned with reviving construction, which rose 6.35% from May to June. Further fueling this uptick was the White House announcing in June a program that would reduce mortgage payments by up to 25% for those with government loans.

That was possible due to “the combination of low mortgage interest rates, an improving economy and demographic factors continuing to stoke buyer demand and fuel market competition,” Speakman noted. Additionally, monthly payments have remained affordable even with a smaller down payment, Laura McHolm, co-founder and chief of Organized Living & NorthStar Moving Co., wrote in a Coldwell Banker blog in July. Currently, U.S. interest rates are at an all-time low (0.25%), meaning mortgages are at their historical lowest.

The pandemic is another factor fueling demand for homes, as more professionals choose to continue to work remotely. “The pandemic stay-at-home protocols forced us to reevaluate our homes and where we live,” McHolm . “Questions about our home size, needing a home office long term and thoughts of relocation to more affordable cities or closer to family were on the minds of many during the past year.”

Those factors led to a boom in the U.S. real estate sector unseen for decades. “This is the busiest market that I’ve seen in 34 years,” said Joseph Tamburo, a real estate agent from New Jersey. “It is unbelievable.”

“It’s just insane,” Latrice McFadden, a real estate agent in Florida, told CBS News in May. “We’ve seen tens of thousands, even $100,000 above list price.” Laurie Finkelstein, a property agent in Florida, sees a similar trend. “There could be 50 cars … in a line outside waiting to see the property,” she told CBS News.

Real estate agent Thomas Brown, from Texas, said several of his clients didn’t just bid for a seller’s house, but another one owned by the same seller without inspecting either property first. “They bid in the mid-seven-hundreds on the home, and the offer to buy the seller’s next home,” he told CBS News. “Their offer was accepted.”

Zillow, in October 2020, called this new trend “The Great Reshuffle.” Rich Barton, Zillow’s CEO, told CNBC: “I believe we are at the dawn of the great reshuffling. We are confident this is going to be a lasting, multiyear meaningful trend … We can’t call exactly how it’s going to play out from the data yet. But … it seems like something real.”

Already, housing prices are beyond the reach of many homeowners after covering typical 20% down payment. Bachuad found 64% of first-time buyers couldn’t pay that amount. Meanwhile, 25% of the surveyed pool paid 5% or less down. “Less than half of first time buyers said they saved the majority of their down payments themselves,” she noted, complementing their savings with gifts, retirement funds, investments and family loans.

Bachuad noted that data shows potential buyers save about 2.4% of their income to put toward a home. Accordingly, they should have saved about 15% last year to account for 2020’s higher prices. Meanwhile, those in the market for a home should be putting at least 13% of their income in the bank this year to account for expected price increases in 2021.

The pandemic has tapered that problem somewhat for those lucky enough to have maintained their income levels. “Opportunities to work from home and potentially move to a more-affordable locale as part of the Great Reshuffling could allow more would-be buyers to save money more quickly for their piece of the American Dream,” said Bachuad. 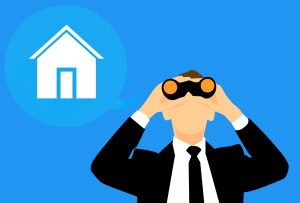 Meanwhile, the construction sector in the United States faces the prospect of an unsustainable future. Housing permits fell 5.1% from May to the end of June. In July, Reuters reported building permits continued to decline to an eight-month low based on the U.S. Commerce Department data, suggesting that “a severe shortage of houses, which boosted prices and sparked bidding wars across the country, could persist for a while.”

Additionally, projects under construction are also witnessing delivery delays, further limiting supply. “Reports of … delays in the delivery of windows, heating units, refrigerators and other items have popped up across the country, delaying delivery of homes and forcing builders to cap activity,” said Speakman of Zillow. He also blames a shortage of construction workers for the decline in supply.

Mark Palim, deputy chief economist at Fannie Mae in Washington, believes such shortages cause builders to delay or turn down projects “to catch up to a growing construction backlog,” he told the media in July.

Meanwhile, a survey from the National Association of Home Builders (NAHB) published in July noted confidence had dropped to an 11-month low. “Builders are contending with shortages of materials, buildable lots and skilled labor, as well as a challenging regulatory environment,” NAHB Chief Economist Robert Dietz told Reuters.

The other reason for declining supply is many plots are increasingly difficult to insure against natural disasters. “In parts of the east coast, private insurers have long since exited the homeowner flood risk market,” John Macomber, a senior lecturer at Harvard Business School, wrote in December in the Harvard Business Review. “Instead, the coverage is provided by premiums deeply subsidized by state agencies.”

That raises “tough questions” about whether families should build and live in high-risk areas that are cheap to own, but at risk of a natural disaster caused by climate change. “Insuring, repairing and rebuilding properties that … are uninsurable has artificially inflated home prices,” explained Macomber. “In the short run, many parties benefit from propping up housing prices, but with increased exposure to peril and further tightening of government budgets, this … system can’t endure.”

The upside is this reshuffling may prop up development in underserved and lightly populated areas. “It may take a long time, but if in the next several decades substantial numbers of people are going to be displaced … due to seas rising, [they will likely move to] inland areas nearby,” said Macomber. “Displacement, on the one hand, leads to a development on the other.”

A major precursor to the 2008 global financial crisis was housing prices got so high, the bubble burst. According to Federal Reserve data, median home values rose from $165,000 to $233,900 between 2000 and 2008, a 41% jump. In the past eight years, home prices rose 62.1%. And the economic outlook in 2021 is uncertain, given that future lockdowns may be required. That would further hurt businesses and incomes, raising the likelihood of payment defaults. As a result, Richard Goulet, president of The Appraisers Group, believes “there is a possibility” the current U.S. housing bubble will burst.

What is keeping the market intact is the low cost of borrowing money. “We’re seeing the lowest interest rates in history,” Goulet told MetroWest News Daily in July. “It might be the saving grace to [getting] a bubble burst.” The other reason is that Americans are still thinking about relocating as companies offer the option to work remotely. “Continued bidding wars among prospective buyers [put] them under pressure to make offers significantly above asking prices, and come up with the cash quickly.”

However, even though those factors are unsustainable, the market will not likely face a similar collapse as in 2008. Timothy Warren Jr, CEO of The Warren Group think tank, told the MetroWest Daily News in July that while sky-high home prices will result in lower sales, “the chances of a market collapse, such as the one experienced in 2008 … are slim.”

One of the main reasons is there is very little speculative mortgage activity this time, with lenders “exercising caution when determining how to lend money and to whom,” he told the news portal. “Prospective buyers today must prove their income levels and need to put more money down before securing a mortgage.”

That dynamic would ultimately cause real estate prices to level off as demand aligns with supply. “Stress Lines  are beginning to appear, and the housing market is set to cool off,” Zandi of Moody’s Analytics told CNN in June.

However, before the U.S. market regains some stability, it is likely to pass through a turbulent correction phase sooner rather than later. “Overvalued housing markets are vulnerable to a meaningful price correction as mortgage rates eventually rise. And they will,” said Zandi. “The Federal Reserve thinks the economy is set to quickly return to full health and is signaling that it will thus soon begin to normalize interest rates.” That will likely spark the start of the fallout from the correction phase. 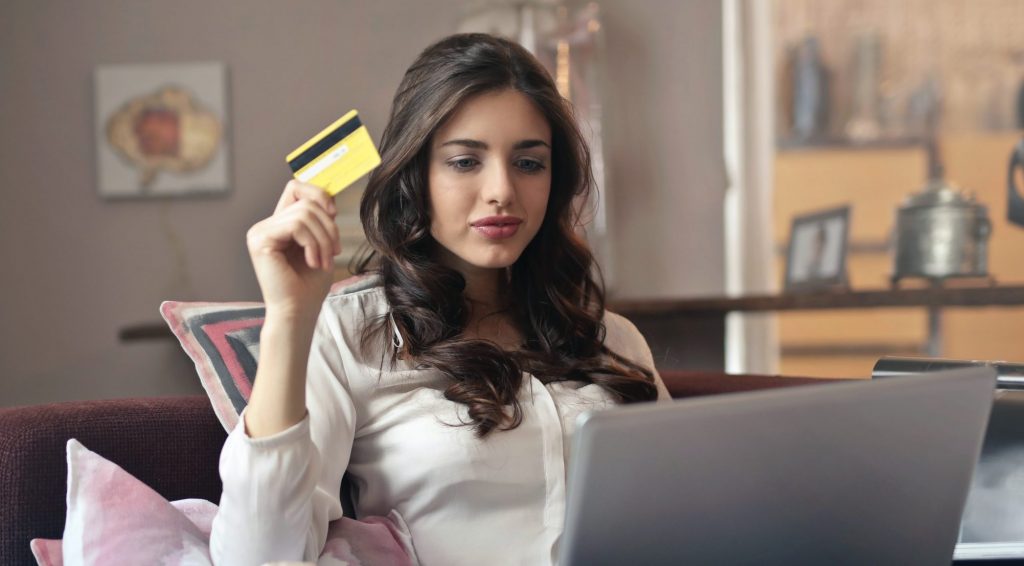 A Change in Egypt’s E-Commerce Landscape 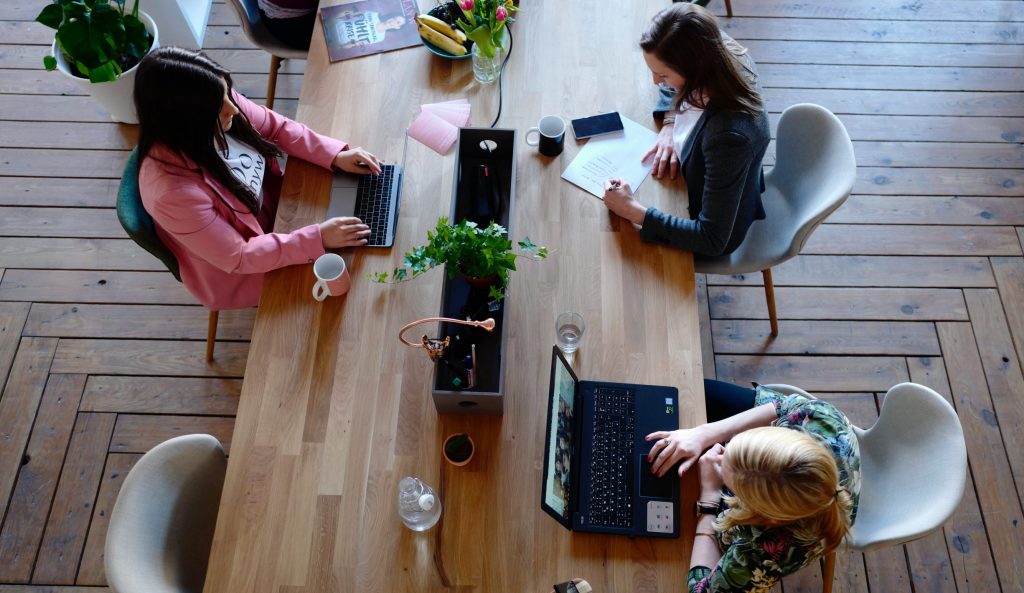 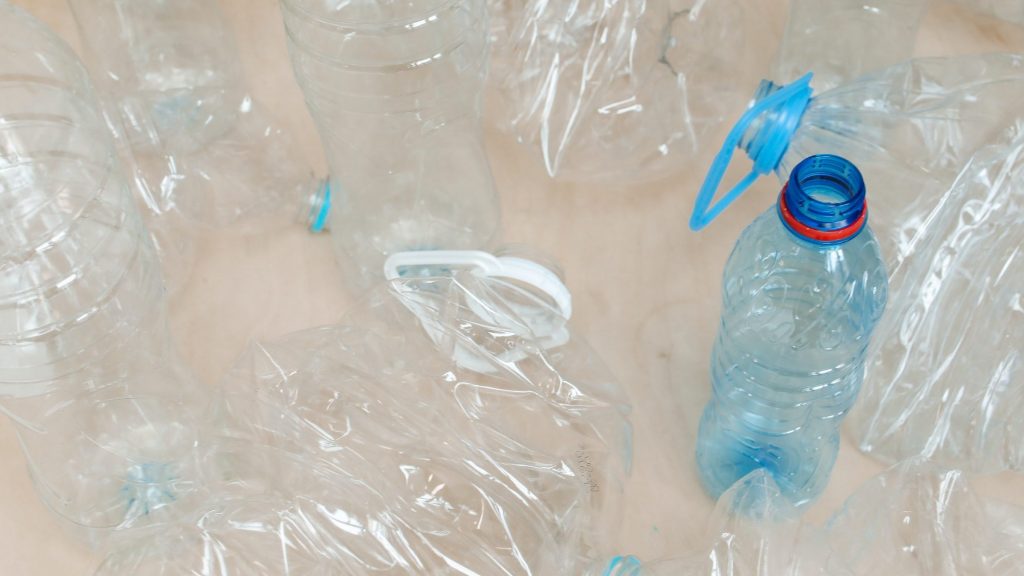 Plastic in the Time of Pandemic